I'm thinking about the Koeppen climate zones for my Earth-like planet. It is all very roughly painted, because I would like to get it right first before fine-tuning the world. I've so far started with the major continent of my world, using the videos made by Artefexian and Wikipedia.

The planet is an earth clone, orbiting a sun-like star. I have not thought about moons yet (assume an earth moon for now).

My main question is:

Are the rough climate zones for the central continent realistic?

Specifically: The central (cold) deserts and the climate within the rift valley to the right of the main central desert.

And whether I could expected a monsoon climate in the south east of the continent and the tropical islands to the east of it. 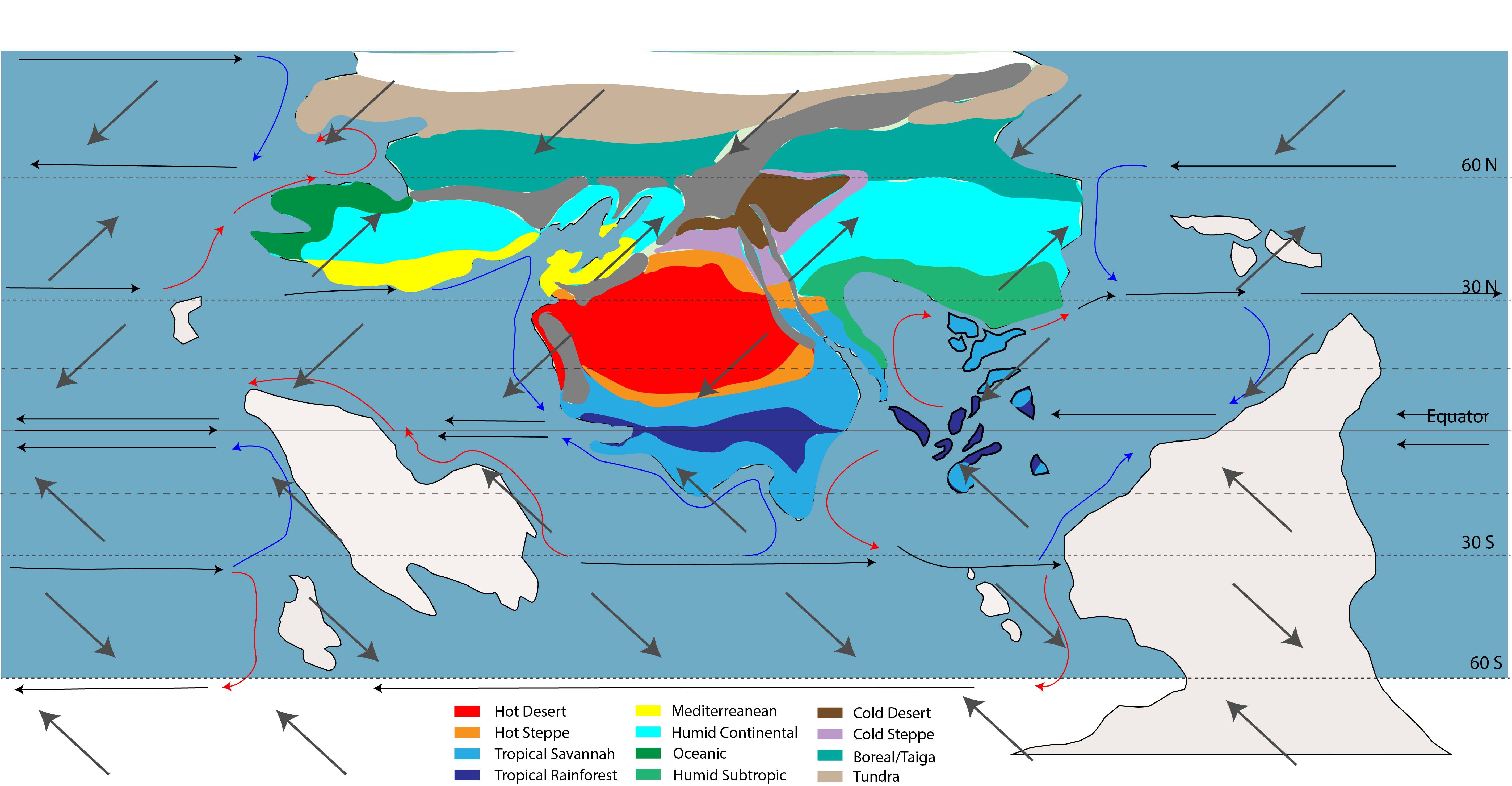 Assuming it's very Earth similar with the same axial tilt and same orbit around the same luminosity Star as the Sun, then I would suggest googling all of the climatic zones to see where they occur on Earth and their longitude limits. For example the Mediterranean zone is unlikely to exist below 45 degrees South and is unlikely to exist over such a wide continental size area away from the sea.

If it deviates from Earth similar in any significant way then we need to know how it deviates.

Not the answer you're looking for? Browse other questions tagged reality-check climate worldbuilding-process or ask your own question.

10
What would the weather on this continent be like?
9
Are my deserts accurately positioned?
6
What could cause the desert?
5
Antarctic Climate on Greenhouse Earth
3
What would the climate on a planet with 85% or more of the surface area covered in water be like?
4
Would a lack of landmasses at the equator change climates closer to the poles?
2
Does my climate map work?
2
What types of climate would form under set conditions?
3
Magical Island question part 2: How to add desert to it