How to explain a fast-acting "tar pit" projectile weapon?

In movies or on TV usually for entertainment reasons, quicksand is quite often and inaccurately portrayed as a kind of super fast acting, almost inescapable and extremely deadly trap capable of swallowing entire humans and animals whole.

So in my world there's this weird grenade-sized projectile that essentially does this very same thing. Upon activating it causes the ground underneath its victims feet and within a certain radius to turn into a strange sticky tar-pit like substance (basically fast acting quicksand but much harder to get out of, which is why I've decided on making it sticky substance instead)

This causes victims to rapidly sink inside the ground until the chemical reaction or strange phenomenon eventually ceases, re-solidifying the ground underneath. Which either leaves the victims trapped or in the worst case scenario encased/swallowed whole into the ground.

I've was already planning on handwaving this with magic but I ask this question more-so out of curiosity that anything. 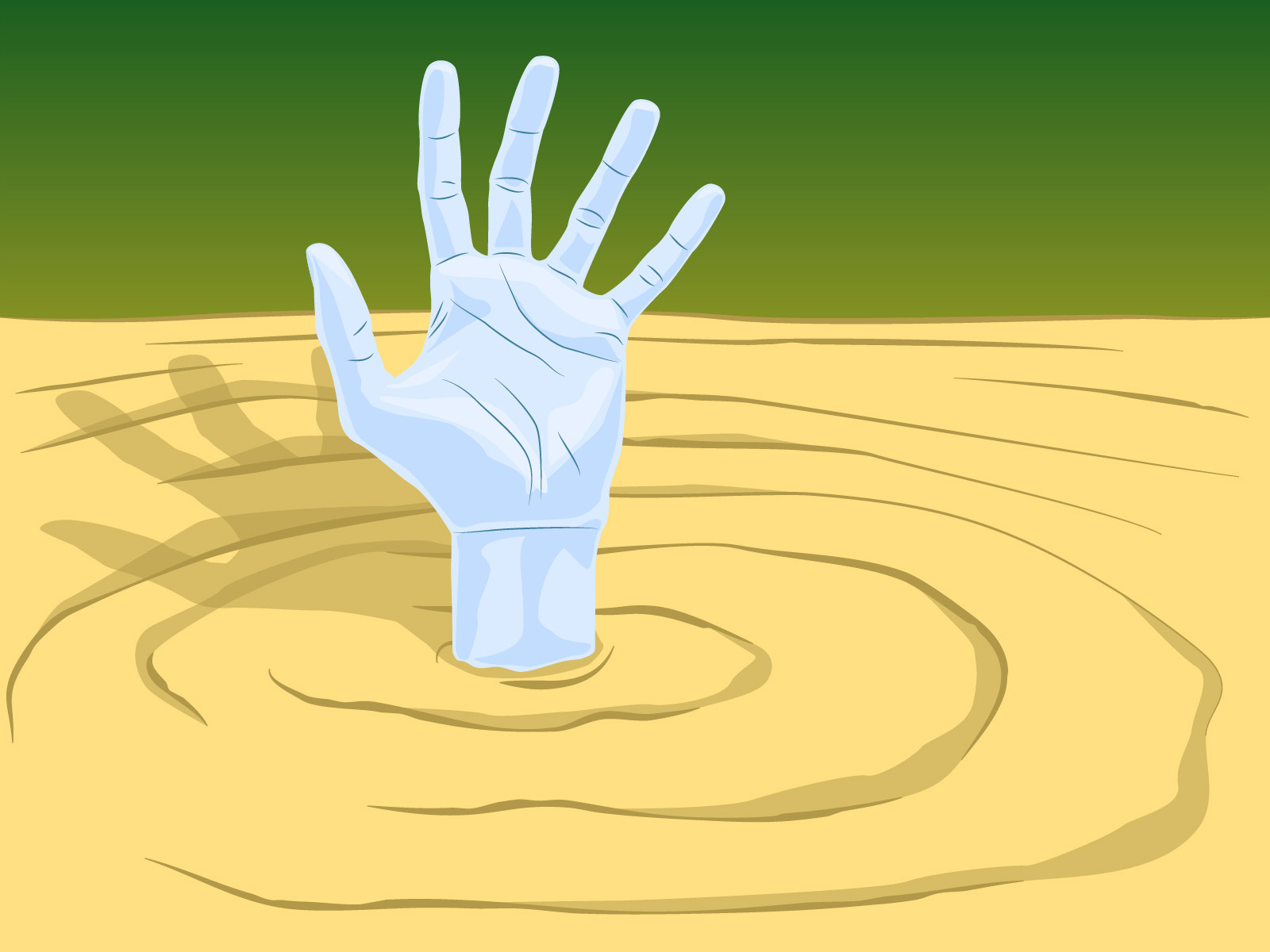 It’s highly unlikely that something the size of a grenade would contain enough material to effect a large enough area.

What might work but would need to be much larger would be some large underground air pump that could turn the surface (sand, mud or dust?) into a fluid bed of low density. Anyone standing on it falls right through (proper fictional quick sand style) as they are denser than the fluidized bed around them. And when it’s switched off they would become trapped there.

A similar mechanism of gas in water has sunk ships and oil rigs.

Simple: Have it release a liquid that soaks into the soil and reduces its density to below 1010 kg/m^3 (the average density of the human body). It compresses the liquid via extreme pressure, or if you wanna go there, warping space so it's bigger on the inside. If we work with a soil of an average density of 2650 kg/m^3, and using gasoline, or a liquid with a similar density, that liquid has a density of 700 kg/m^3. If we go with an equal volume of gasoline and soil, the density should be 1675 kg/m^3, which is too dense. But if we were to go with 3 parts gasoline for every part soil, we have a density of 1188 kg/m^3. 7 parts gasoline, 1 part soil, and the density is 944 kg/m^3.

And as a bonus, the slurry is also flammable.

17
How well would chains do as a weapon?
12
How fast can nanites work
1
How much force would this weapon apply?
33
What projectile weapon can replace a bow under the following circumstances?
5
How would lower gravity influence Bronze Age projectile weaponry?
7
How to scientifically explain bane weapons?
7
How effective would a pole-arm blunt weapon be?
2
What is the best way to explain a weapon that create a vacuum storm pillar?
5
How stealthed can a high speed projectile be for space combat?