Lizardmen and vocalization, which sounds are impossible for them to make?

Okay, so, I decided to give both dragons and tengu a rather complex syrinx, allowing them to mimic human speech, chainsaws, cameras shutters, ringtones, and copyrighted music with ease.

Lizardfolk, however, don't really have that luxury. They have similar vocal cords to humans, lung capacity is by default at the human peak. When combined with their mesothermic temperature regulation, it allows them to stay underwater for quite some time.

I based their appearance on the ones we saw in Overlord. Of course, I want to revamp quite a few things, starting with the removal of the obnoxious MMORPG design that makes my eyes bleed. The lizards, however, can stay. Everything else shall be purged by The Polish Toilet Spin, especially the jailbait.

I found a few low-poly 3d models, and pictures from the animu as reference. 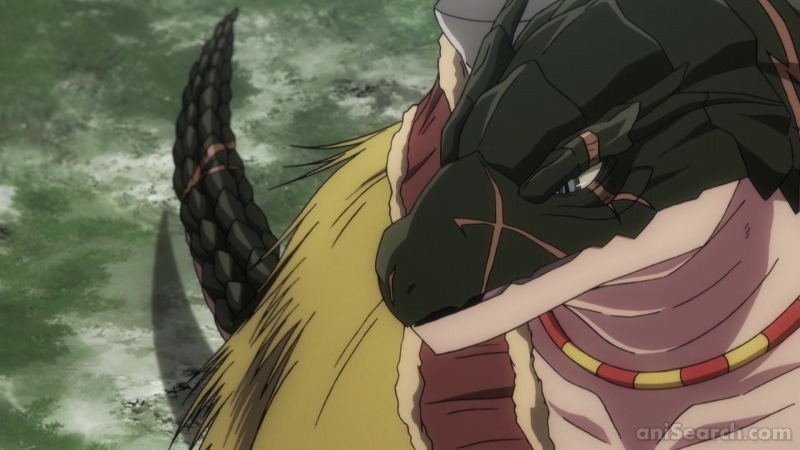 Since they were the focus of only one arc; the anatomy of the lizardfolk is my pure guesswork, based on the anime and the wiki page. They seem to closely resemble both armadillo lizards and the Varanus salvator, I work off of that.

The snout is elongated, most of the serrated teeth inside are obscured. They can probably dislocate their jaws like a Varanus salvator but choose not to do it because it's kinda scary/funny, plus they can cut up food into small enough pieces to make that unnecessary. The ear is most likely sealed/hidden as well.

Their tounges should be human-like since we didn't see any lizardman flicking them to smell. Their smell probably works like that of dogs, since the lizardfolk respiratory system is basically identical to the mammalian version.

Needless to say, their scutes and osteoderms make the upper half of the head quite rigid, and there aren't any muscles, except for the jaws', in the lower. Lizardfolk can still seal off their noses with the muscles, right next to the opening of the cavity.

So, with all that out of the way, I was wondering what restrictions would the lizardfolk's IPA chart have, compared to humans'. In layman terms, which sounds would they be unable to make?

Your lizardfolk's anatomy with elongated snouts likely won't give them cheeks to properly pronounce "o" and "u" like sounds.

They may be able to somewhat compensate for this by forming their lips or using other techniques.

If they don't have the proper lip control, they may also be unable to properly pronounce "p", "b" and "f" sounds

Really, try to emulate their speech in front of the mirror. Try not using your cheeks and/or reduce the use of your lips. This exercise may also help you come up with a plausible accent for when the lizardmen speak "humantongue".

It would be a very improbable coincindence if the lizard larynx, pharynx, uvula, glottis, palate, mouth, tongue and teeth would have happened to be just right for them to make human sounds.

But this is not interesting, isn't it? So let's assume an improbable lizard which, while remaining a lizard, has a phonatory apparatus as close to human as imaginable.

For a fictional impression of how a lizard would sound speaking English, check out Lawrence the friendly grik from Taylor Anderson's Destroyermen:

(Note that all labials are replaced with a glottal stop. For obvious reasons, Lawrence is shown as being able to pronounce /l/ and the English rhotic /ɹ/, or else his speech would not have been understood...)

TL;DR: [ʙ] will probably be impossible, and [ɸ] and [β] might be difficult. More importantly, [f], [v], [θ], and [ð] may be possible but dangerous because of the lizards’ sharp teeth.

Let’s consider each of the different categories of the IPA consonant chart:

The most important points are probably that the lizards will avoid [f], [v], [θ], and [ð], not because they’re impossible, but because a sharp-toothed lizard runs the risk of cutting his tongue or lips by pronouncing them. They could replace these consonants with “windier” or “hissier” variants pronounced by putting the teeth close to the lips or tongue without touching. They might also replace these consonants with similar-sounding “throatier” alternatives like [x]. This could give the lizardmen an accent that sounds a bit like German or Arabic (which have more throaty consonants than English, Spanish, and French).

You also mentioned that the lizards have the ability to muscularly seal their nasal passages. Depending on what kinds of muscles/how many muscles are involved, they may be able to produce different categories of nasal consonants that humans cannot make. Greater nasal control will also greatly increase the range of vowels available.

Here's a suggestion: look at ventriloquists and see what they can do, and you can even try it yourself simply by keeping your mouth slightly open, not moving your lips at all, so you're entirely reliant on your tongue and internal changes in the airway to make sounds.

If you restrict yourself to the IPA chart (so sounds humans use), this is what's possible:

All bilabials, labio-dentals, labial-velars and labial-palatals are out: no p, b, m, f, v, or w (or other consonants that sound something like them).

...and that's about it for the consonants.

For vowels, all the rounded ones are out because of the immobile lips, but all that means is that they might sound like they had a slight accent to some people. In fact, except for [u] and [o], they could be perfectly indistinguishable from General American.

In other erds they could ronounce this sentence I wrote trying to reroduce the uh-ay I'n skeaking it aloud as I tyke it on the key'oard.

You might have trouble understanding the previous sentence reading it, but if you heard me speak it aloud, you'd have no such trouble.

If they have a longer, more flexible tongue with a larger cavity given the length of their jaws, they might manage to produce sounds humans can't simply by creating positions impossible for humans to achieved, but that aside, their IPA would be essentially identical to ours except for the changes I noted.

Not the answer you're looking for? Browse other questions tagged science-based vocalizations or ask your own question.

4
What conditions are believable for a racial society majority to accept a racial minority, and those to reject them?
1
Which asteroids are likely targets for a mining base?
2
Which are the poisons which make a person do things they wouldn't ordinarily do?
14
How to make an animal which can only breed for a certain number of generations?
3
Dragon scales are foamy inside, how to make them more bullet-resistant?
7
Lizardfolk are too OP, what weakness would make the most sense for them?
3
What plants would lizardfolk cultivate in this hostile world
16
Lizardfolk and the problem of balance and anatomically sound tails
4
A good discerning visual feature for female lizardfolk