Are the draw weights of 90# to 100# realistic for women archers?

I have a clan in early middle ages when both man and women of a military aristocracy train for war. All the daughters of the warriors train archery from the early age. It is expected they should be able to protect their fortified homes together with the boys when the men are on campaign.

In the emergency situation when numbers are against it and the battle can't be avoided daughters join in the battlefield in full weapons and armor. Something like women of ancient Scythians.

From my research men used warbows of 100# to 180 pounds. The olympic archers use mostly 45-50# but they value accuracy instead of lethality. The heaviest draw weights used by woman I found on the world archery website was 60#.

The height of average woman in the clan is around 5'10"(178cm) with athletic build.

Are the draw weights of 90# to 100# realistic for women archers who train for war?

I'm thinking about traditional recurve bows like the one used by Scythians, Huns, Avars, Magyar etc Culture is based on Scythians.

Yes, it is completely believable.

First modern comparisons are not helpful. Historic war-bows were a lot more powerful (draw weight wise) than modern bows, war and hunting have very different needs, and modern compound bows are built to reduce power needed at the worst(hardest) part of the draw. 200lb bows are known to have existed. English longbows commonly ranged from 80-150lbs. It is rare to find a modern bow with anywhere near that pull weight. Modern bows are almost exclusively hunting bows and such power is just not all that useful for hunting, historic hunting bows were also significantly lighter for the same reason. Few modern archers can draw a 150lb longbow yet we know they were common, the ones that can draw them train with them regularly, training with a longbow matters a lot for ability to use it.

Women on average have less muscle development in the upper body, but this is an average without training. There is no reason trained archers would have a comparable difference. Training matter much more than sex for muscle development so the difference will be much less than a simple untrained average would predict. Even if you don't believe that you are looking at bows half or more lighter than those known to have been used (so it would still be possible). Average differences are not representative of differences with training. At worst you can say the average trained female might be slightly weaker than the average trained male archer, and the bows proposed are the lightest of common bow weights so that would make it very possible.

90-100lbs is at the low end of common war-bows so it is absolutely plausible for well trained women to be able to use them.

Additional source thanks to Leo

Premise: I personally love longbows, an elegant weapon from a more civilized era.
I suggest this book to anyone interested. It's recent and with new tests:
Mike Loades - The longbow
So do not take the following as dissing the longbow or bows in general but
It is not that it is impossible. It's just not the wisest thing to do.

You do not mention the kind of bow your culture use, and many of the replies have assumed the longbow. For good reason, but let's go orderly.

First of all don't assume two different bows with the same draw weight are going to produce the same energy on the arrow or the same damage to the target. There are a lot of other variables at play.

The longbow for instance is efficient due to its long draw (around 30" depending on the archer) and long limbs. Observe how at full draw the angle formed by the string and the tip of the limb is smaller than with much a shorter bow. The bigger that angle the higher the stacking. Stacking is 'fictional' draw weight. Imagine pulling a piece of wood with a 180° degree angle. How much energy will be transferred to the arrow? None.
Still the archer feels that stacking and strains his muscles for it.
That is why bows that HAD to be shorter (for instance because used on horseback) were heavily recurved. To lower stacking and allow storing higher energy in the system while drawing.
Other designs (e.g. recurve, reflex / deflex) are even more efficient than the longbow but they need longer construction times and were more expensive to produce. Longbows could be mass produced, with several bows obtained from a single stave.

When it comes to defending a fortified position crossbows are going to be more effective than bows. Higher energy in the shot, easier to move around in tight places and to exploit cover and most of all easier to train with and to shoot for an extensive period of time, for instance in a siege which is most likely to happen when a force is attacking a fortified position. In the middle ages sieges were far more common than open field battles.
Of course your clan may have not discovered crossbows for some reason if you don't like them, it's your world.

But since you add the tag medieval I take you want some historical comparison. In England aristocracy would not train with the heavy longbow (they may use lighter bows for hunting) and would dedicate themselves to their proper role in battle. Archers were commoners. And were duly encouraged to train.

And so 1363 marked the first of a series of ordinances and parliamentary statutes meant to compel Englishmen to spend their Sundays and holidays “not in pointless amusements such as football, bowls, tennis and dice, but in shooting at the butts.” Archery in Tudor England

Also consider their opponents, what kind of armors do they wear? As plate armor became more common the effectiveness of the longbow declined. Also chain mail with textile additional protection proved effective.

In 2011, Mike Loades conducted an experiment in which short bodkin arrows were shot at a range of 10 yd (9.1 m) by bows of 140 lbf (620 N) - powerful bows at less than normal battlefield range. The target was covered in a riveted mail over a fabric armour of deerskin over 24 linen layers. While most arrows went through the mail layer, none fully penetrated the textile armour.[35]

P.S. Your clan must be made up of huge people! 1.78 as average for women? What do they eat?

A good rule of thumb is that in purely strength based exercises women are ~25% weaker with comparable training in the same weight class. Compare Men's Powerlifting Records with the women. The difference decreases the more endurance heavy the exercise is (for the marathon the world record difference is only 9%, I think for long distance triathlon it’s even less).

If men can use war bows with 180 pounds draw weight then 135 pounds for women is completely realistic.

According to wikipedia tallest women are in the Dinaric Alps with height of 171cm, the woman of this clan are 178cm tall. Being of athletic build I will compare them with basketball players. Quick glance at WNBA guards it seems that many of similar height weigh around 175 pounds. Joe Gibbs said that he could shoot 160# whole day without a problem, and few shoots of 200# bow. I can't find his height and weight but from the video he doesn't look that much heavier than 175 pounds.

Assuming that woman has upper body strength of 40% of the man, it seems that 160*0.6=96 pounds your numbers seems plausible.

I use a height as proxy for weight class, since taller people are generally heavier and have more muscle mass. Comparing people of similar body type. 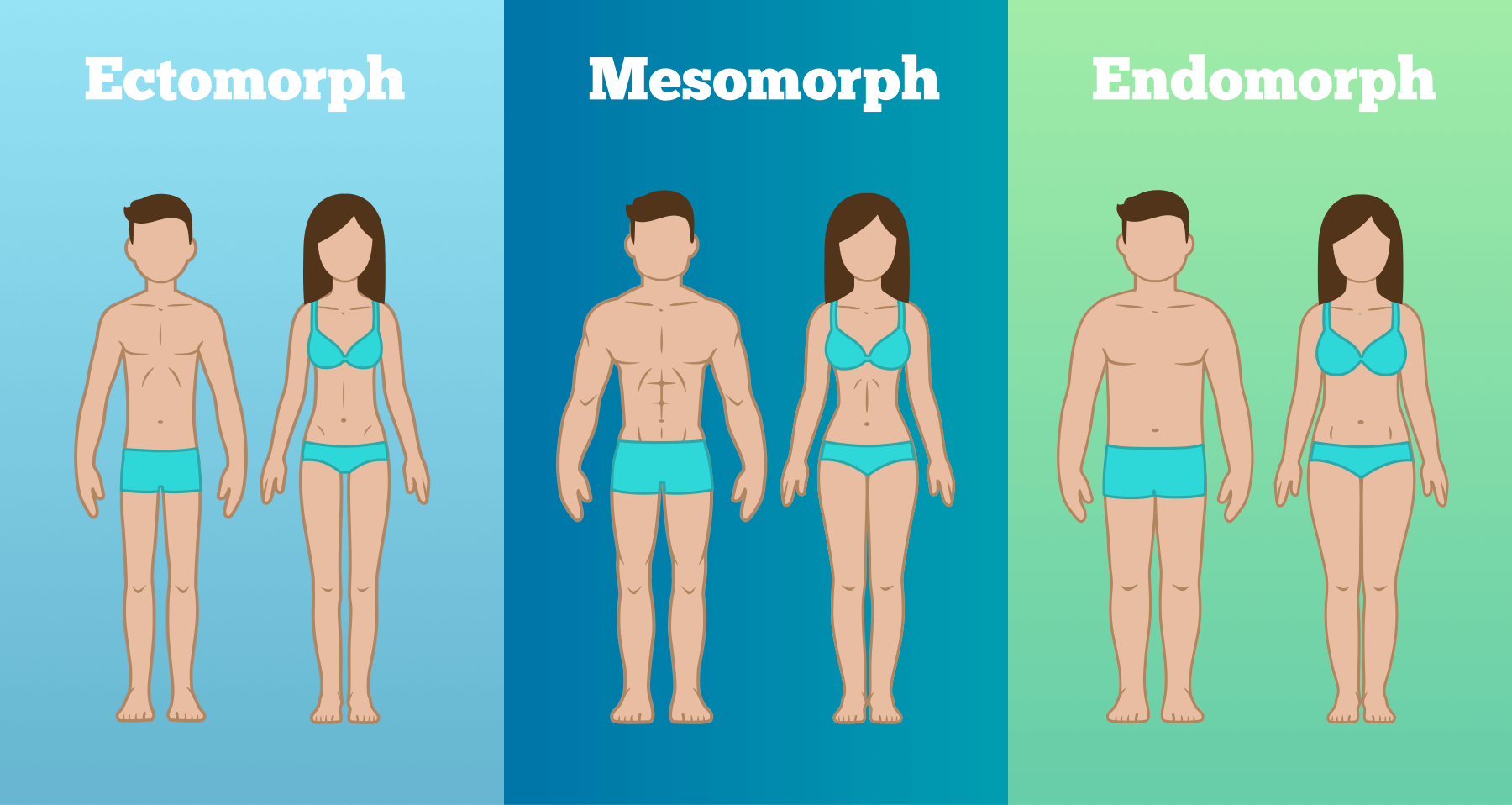 Draw weight relies a lot on the muscle of back, thus people who are very fit but never trained archery, and never trained those muscles will have problem with low draw weights. Famed archers in antiquity trained since childhood and have sceletal deformations that makes that easy to recognize them. 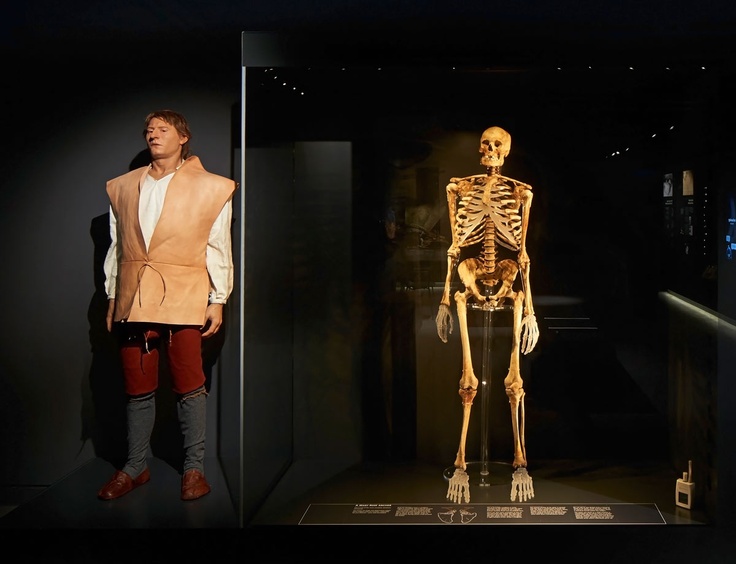 image taken from this thread

The draw weight is one part of the explanation that other is draw length. Longer draw length means better transfer of power, since arrow stays longer in contact with the delivery system. That's why bows with average draw length of 30" are far more efficient than crossbows who have half of draw length. That's why crossbows compensate with larger draw weights, and in modern times with reverse draw crossbows.

How this affect woman archers in this clan. 80-100# is something like a maximum that very few woman could pull, but being very tall, training since childhood, having best food & source of proteins, and right genetic stock being descendants of warriors make the situation plausible.

Since this is a warrior culture, I'd expect that they would know, intuitively if not scientifically, that grown women & men have different physical strengths and would arm their home guard accordingly. They'd train boys and girls from a young age and they would almost certainly follow Hugh Latimer's wisdom:

[My yeoman father] taught me how to draw, how to lay my body in my bow ... not to draw with strength of arms as divers other nations do ... I had my bows bought me according to my age and strength, as I increased in them, so my bows were made bigger and bigger. For men shall never shoot well unless they be brought up to it.

It's entirely possible a woman could bend a bow she might not otherwise be able to draw.

Also, I'm sure the girls will be tested against ever stronger bows, just as the boys will be, until they reach a point where they can neither bend nor draw the bow. They should be wise enough to ultilise each woman with a bow she's able to draw or bend.

You could also consider thinking about bows other than the usual war bows or English long bows. I see no reason a woman couldn't effectively bend a heavy foot bow for example. Regardless of gender or strength training, the legs are much more powerful than the arms. Bending such a bow would be much easier, as you're not relying solely on leg strength, but also on arm strength and even more importantly, on gravity assist. 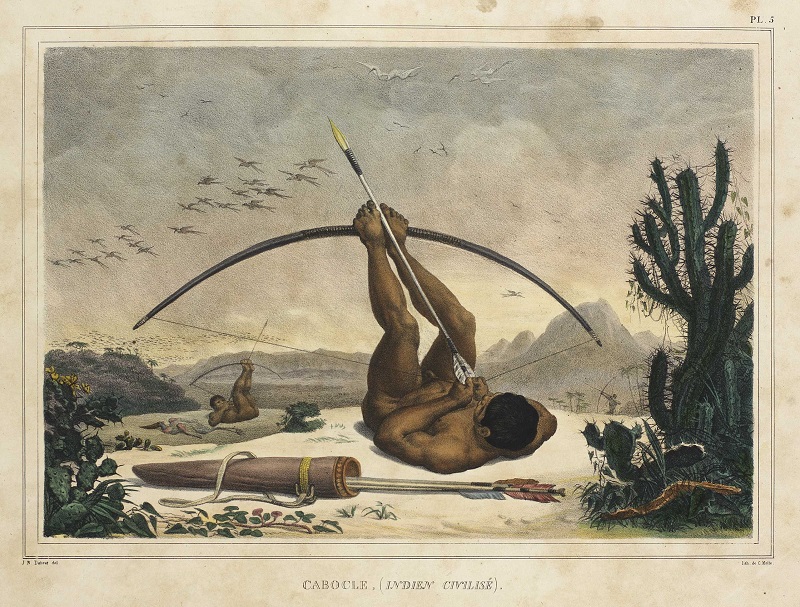 Several people have pointed out that using a bow requires years of training, starting in childhood. Would you go to that effort with girls if they're only going to be used as a kind of last ditch militia/Volksturm?

I believe that if they are trained from childhood, even girls can use 100 pound bows consistently with enough conditioning, especially on an 178cm frame, which is as tall as the average modern man. The females in your clans could probably go toe to toe and even overpower most men in that period.

Not the answer you're looking for? Browse other questions tagged science-based warfare medieval .

7
Is it realistic for chieftain to conscript woman into service?

6
How realistic/practical are my ninjas?
38
Are "Midas" swords useless for warfare?
9
Are handheld electric weapons realistic?
4
What would be the strongest "realistic" bow draw weight with ubertech?
7
Lizardfolk are too OP, what weakness would make the most sense for them?
33
Can archers on the ground shoot down a hot air balloon?