Would beings with a base 8 number system be advantaged for electronics?

I am looking forward to create anthropomorphic dragons/lizards with 8 fingers (3 + thumb). As they base their number system on it, the powers of 2 are recurrent.

Would this grant any advantage for the understanding of electronics and the math behind them? Would they create machines faster than humans?

While it is true that a Base 8 system would mean that the general public would be able to work with programming numbers and hexadecimal better, anyone who uses those number systems with any frequency very quickly acclimates to the various base systems within any programming language. There are programmers who can just offhand convert numbers to bit to hexadecimal with barely any inconvenience. So, while the general population gets a slight advantage, the part that actually works within computer sciences would be just as capable as the humans who work within our computer science fields.

As a computer programmer and electronic engineer I can say the answer is no.

For a fairly short period in our history there was some advantage to being familiar with base 8. When computers were new and not very powerful and more importantly when software development often involved understanding the internal workings there was an advantage to base 8 because of its relation to base 2, the fundamental base for computing due to the laws of physics.

But that time period is already over. Most people programming or using computers don't use binary or octal (base 8), or if they do not to an extent where being familiar with it would be a significant help.

I've mastered base 2 and base 16 well enough that I can work right down at that low level, it wasn't particularly hard and my job is quite specialist.

Actually they might be "disadvantaged" in mathematics pre-electronics.. And by quite a lot.

This is quite a big disadvantage pre-computer age. So much so that even for us humans there have been societies (babylonians) which actually did not use base 10. But opted for "base 30" instead (prime factors 2, 3 and 5). Being able to write out fractions without rounding is just that much an advantage.

And we still see artifacts of that in say degrees for a circle, it allows for more "integer" angles.

This is offset once you start going into formal sciences and work with floating points/errors. But similarly the advantage of easier conversion to binary is negligible: it's almost never done by hand other than for trivial stuff.

At this moment I imagine many of my peers here at the site might be tempted to close this question as off-topic.

I'll just say that I spent a number of years in college for a bachelor degree in Computer Science. I saw time and again people dropping out of CS because they could not wrap their heads around it. Many were the challenges, and understanding math in bases other than 10 was a huge factor. I personally know a couple handful people who failed 2nd semester subjects because they could not understand how $1 + 1 = 10$. And they were counting on their fingers. Seriously. To this day I believe that if you cannot read time on a clock like this, you cannot get a degree in CS: 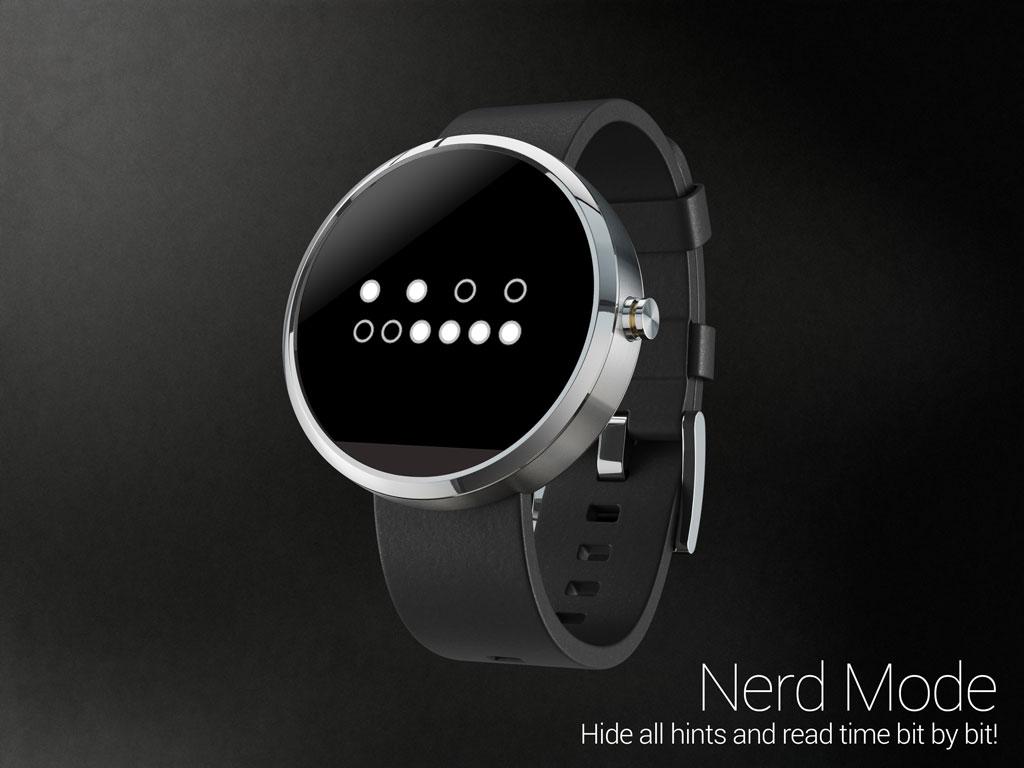 A sentient species with an octal number base might probably have a much easier time converting to binary and hexadecimal, which are common in low level programming (some the hardest forms of programming come into this category).

I propost a challenge here, watch this video starting on the 2:22 mark: https://www.youtube.com/watch?v=DfCJgC2zezw&t=142s

Did it instantly make sense to you? If so, you're probably a Math or CS student or graduate - or you belong to a species with eight fingers with a base 8 numeral system. If you struggle with it for more than two minutes, the good news is that you will probably never have to pay for expensive books about C++.

Mathematics is very abstract. In principle you can choose your own base which fits your system best.

In our every day's life we use a base of 10. Why? Because it is easy to learn. We use 10 fingers for counting. In the old Babylonian days they used a base of 60 (12 joints of the 4 fingers on one hand, counting with the thumb and 5 fingers on the other hand for counting the 'overflows' of 12). Computers use a base of 2, because they only know 'ON' and 'OFF'.

Whats the advantage of a large number of symbols, i.e. a bigger base? Bigger numbers are easier (require less 'space') to write down. 512 just needs 3 digits in a decimal system, but needs 10 digits in binary (10 0000 0000). The disadvantage is you need more symbols (like 60 different when using the babylonian sexagesimal system).

But what about understanding math? Have you ever taken a 'real' lecture on mathematics, like on university level? You will soon understand that 'real' math has little to do with calculations. Calculations - regardless of the base used - yield the same result. In some situations it is easier to use a base of 2, in some it is 10. You can even transform equations (integrals for example) from 'cartesian coordinates' to polar ones, which often results in a more familiar and easier equation.

I'm sure that the numeral system used does not influence how good we or another species understand mathematics or builds machines.

I suspect that dragon 'hands' would provide much more trouble than cultural familiarity with the number system would offset. Claws may be great for battle but for manipulating tiny things are a huge disadvantage.

With only 8 fingers perhaps their keyboards would be smaller. That would leave more space on their desks for napkins to capture the designs brilliant new ideas.

There would be some advantage, but only marginal and for other reasons.

Fast forward to early microprocessor era - many CPUs featured BCD support on silicon, because it was widely believed the alternate base 10 representation would be useful for exact arithmetic (again, financial calculations, but also faster number conversion for printing etc.).

Then the software caught on, and by today, practically everything is done in software. Even modern x86 BCD is microcoded and thus likely much slower than native silicon implementation could be, but it is just not important anymore, apart for backward compatibility.

So, back to your civilization, there would be a period of time where the equivalent of our decimal computers would not have to be developed, freeing effort and resources for other development. And early CPUs would be marginally cheaper and designed faster, and having less transistors (or equivalently, having additional features while having the same number of transistors).

Note that the question asks about electronics - thus the speculation about the advantages of binary or binary-coded octal for early mechanical computations are off topic.

Also note that the number of fingers is related, but not essential for the number system of the civilization. After all, we humans use remnants of old Babylonian base 60 (clocks), used a parallel base 12 system at least somewhat (dozen, gross, great gross) and there were even languages with base 8 number system. But the Indo-European base 10 won, for reasons unrelated to the number system.

Not the answer you're looking for? Browse other questions tagged dragons computers mathematics numeral .

3
Number of Fingers for a Math Oriented Race

15
Weapons for Long-armed (Winged) Dragons?
12
How would a Dragon society, separated from a human society for 500 years, up until the modern day, have advanced differently?
22
Aliens doing algebra
52
Alien number systems - Is the decimal system special?
26
Realistic 'hacks' that programmer may exploit in a brand new FTL comm system that was not securely written?
3
Number of Fingers for a Math Oriented Race
14
Dragons have an armor that is similar to that of sungazer lizards. Why would the dragons have the spikes as well?
7
Would Game Driving be a viable strategy for dragons?
5
Adaptating computers to creatures with 4 fingers