What kind of tradable resources would come from the ocean in a Renaissance era culture that would be different from our own society?

I am in the process of writing a fantasy book that is set in a post-apocalyptic late medieval/renaissance era society.
This is on Earth, about 1300-1500 years in the future following a complete societal collapse of decades.
A group of aquatic humanoids (I call them Delphians,) need to trade for metalwork goods, and I'm having difficulty finding trade goods that would be valuable to the land-dwellers that would be found in the ocean, other than seafood.
I've come across a few of them in my research that are available in today's society (regardless of legality or morality), such as:

Thus far in the build, the aquatic humans are the only unusual biological presence other than a semi-intelligent parasite.
My question is, What sort of resources valuable to a Renaissance era society would come from the Continental shelf of the ocean?
Especially if it would be different from what is available or valuable in our modern era.

These are great answers, and materially I can't compete with them. I see potential in labor as a marketable trade commodity. Humans have a long, complex relationship with the sea, and the labor of those who can move freely in it could be very valuable. My commercial ship sank? Hire a mer-crew to retrieve the goods. Want cold wine? I know a mer-guy with a deep hole where it gets cold.

What ocean voyage is safe without a mer-guide to escort you and smooth over potentially hostile relations? An angry mer-tribe will come and drill a hole in your ship if you tick them off, but with a guide to vouch for you, and possibly lubricate trade, your voyage becomes successful. They also know where the sandbars and clear channels are, and probably have ways of navigating the poor humans have no chance of competing with. Navigators were highly sought-after, but perhaps merfolk are SO good at it that no one uses them.

On the less scrupulous side of things, merfolk could be excellent mercenaries on the sea. What pirate wouldn't give all the crappy metal loot to merfolk in exchange for their help sacking ships? Jam the rudder on a merchant ship and good luck outdistancing pursuit. Alternately, jam the rudder of a pirate ship so the merchants can escape. This could even be a semi-acceptable protection racket. Well, haven't you noticed how bad the pirates are? I promise you will have no problems crossing this trade route for a modest fee.

This was a dye made from a particular sort of sea snail. They were gathered, mashed up, and the concoction was supposed to be the most foul-smelling thing imaginable in the ancient world (which is saying something, they weren't necessarily known for their hygiene). After fermenting for some set period of time, it could dye cloth a color that was impossible otherwise until the advent of aniline/synthetic dyes. What that color is, exactly, is unknown... I don't believe any examples survive.

Now, that doesn't mean that it's just "purple dye", or even "just a dye". Any number of strange biological substances could come from a sea. Pharmaceuticals (abortificients for instance) were difficult to come by, and could have almost any property that modern pharmaceuticals have.

Nearly anything that served the needs of your story could be chosen.

The only restrictions would be (if details were necessary) to tie it to an organism that lives in fairly shallow water (no more than about 40 meters deep), as they'd have trouble collecting it otherwise (fish can be caught at deeper depths, but are less plausible as the origin of interesting substances).

[edit] Didn't realize this question referred specifically to mermen. I retract the "shallow water" constraint. They can go just about anywhere to get the stuff, which may open up possibilities.

Relics of the sunken world. 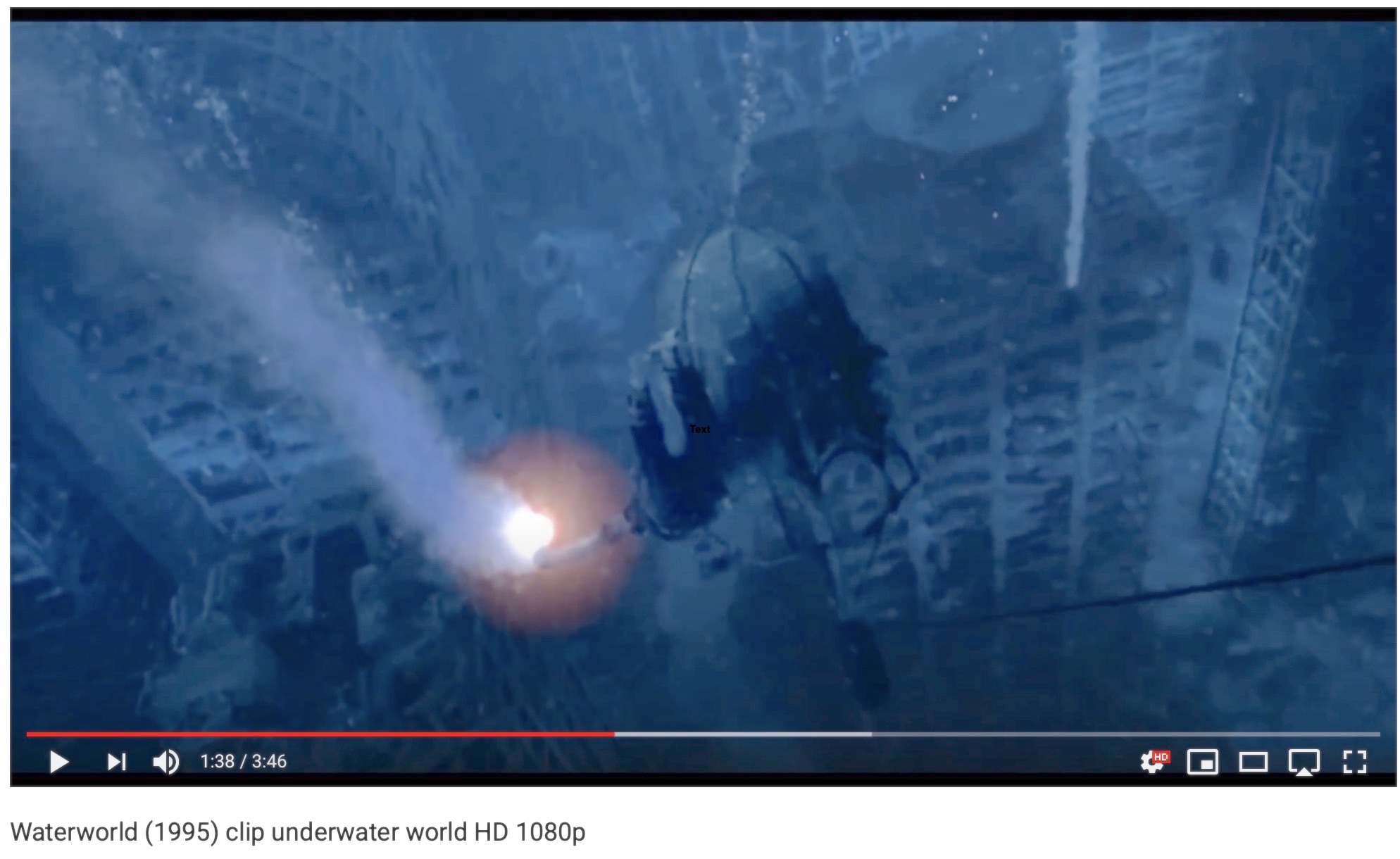 The screenshot is from the movie Waterworld, where the merperson hero can visit the sunken cities and retrieve items. Mostly dirt, if I recall.

But in your post apocalyptic world, maybe the merpeople have access to sunken relics of the world that was. Their remoteness means they escaped looting in the centuries since the apocalypse and their deep locations means that the loot as escaped the travails of surface wind and weather.

The merpeople often do not know the significance or value of what they retrieve.

Ambergris is used to create perfumes and is a very expensive commodity mainly because of its elusiveness. It is formed in the bowels of whales, perhaps they have discovered a way to farm whales for this resource?

Not the answer you're looking for? Browse other questions tagged post-apocalypse natural-resources ocean trade renaissance .

17
What would be the next technological step for a civilization after it has depleted all resources that allow for conventional technologies?
14
What would the effects of static teleportation points have on a Renaissance society?
9
What reason would a hidden, deep ocean society have to come up to the surface of a post-apocalyptic Earth and claim the land for themselves?
26
What would keep traders away from a specific area of the ocean?
4
What technology would be necessary to allow soldiers to ascend rapidly from deep in the ocean and to the surface?