Can various human-like aliens live together on a space station with a common atmosphere?

My idea is to build a universe with various alien species. There are dozens of different species and every species evolved differently on a different planet. The problem arises when they want to meet each other on space stations. It is very uncomfortable to wear an environmental space suit, which regulates your own atmosphere, at a bar or club during your visit. So it was decided to set the atmospheric conditions of the space stations to 'fit' most of the species. The big question is: Does this work (on a long visit/for the staff)?

Let me give you some further constraints:

The problem is that oxygen is toxic if the atmospheric pressure exceeds certain limits, like shown here: 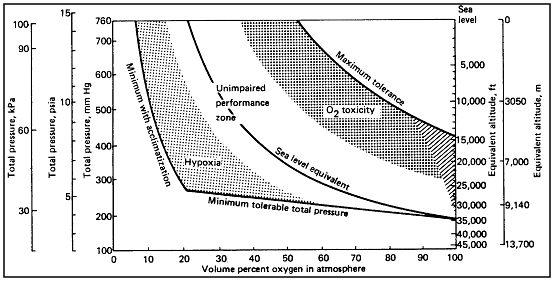 The easiest solution is that every alien is required to wear a mask covering mouth and nose (like Bane in Batman, but more stylish), which regulates the amount of breathable oxygen to stay in the safe zone. If an alien species requires more oxygen at the given atmospheric pressure, ventilators in the mask accumulate more air volume per breath, extract the additional oxygen, expel the rest and thus enriche the oxygen level. For lower levels of oxygen the mask just recycles exhaled air.

The thing is how to deal with the pressure. Too low pressure causes blood to boil or cells to swell (like the accident of Joe Kittinger). Too high pressure can cause nitrogen narcosis, but might be prefered due to lower overall oxygen requirements. It would seem that mild symptoms of nitrogen narcosis start to appear above 2 bar, so a safe pressure would be around 1.5 - 2 bar, assumed that the internal structure of the space station can support that pressure against vacuum.

But what about long term effects (like weeks/months on humans) of high (around 1.5 - 2 bars) or low pressures? And what about the effects of increased oxygen levels on the human skin? It is the biggest organ and houses a very complex microbiome, which is (intentionally) not protected from higher oxygen levels.

Can aliens (or humans) live on such a space station or under such atmospheric conditions just wearing a mask instead of a full environmental space suite?

We can get a greater variety by adding another factor--this is a truly massive station with spin "gravity". The farther out on the station you go the higher the gravity--but also the higher the atmospheric pressure. You can have a common atmosphere even though the inner aliens and the outer aliens can't breathe each other's atmospheres.

If you want even more variety, consider oxygen concentrators. They're misnamed, they're really nitrogen concentrators (they concentrate the nitrogen out of the atmosphere, the "waste" can be 90% oxygen.) Your life support systems contain something of the sort on a large scale--extract nitrogen from the air feeding the habitat of the humans that like an 80/20 atmosphere and send it to the air feeding the habitat of the aliens that like a 90/10 mix. You have no air seals between the areas, it's just you keep separating it out. A human can walk into the 90/10 area (assuming the total pressure is Earth-like) with some difficulty.

Low pressure. Supplemental O2 if you need it. And done. 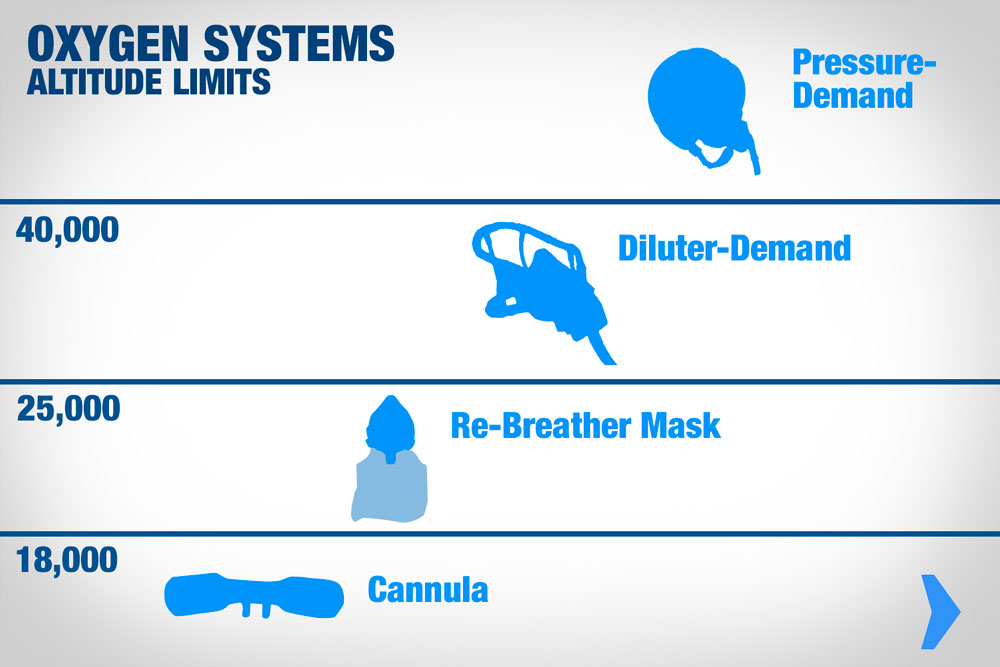 Of course there needs to be enough O2 to prevent your blood from boiling. But low pressure and supplemental oxygen should be a solution for most of your aliens, and it sidesteps issues with high O2 toxicity for some individuals as well as things like N2 toxicity / CO2 toxicity etc.

It is not a big deal to walk around with a device that supplies supplemental O2. Many people do. There are portable battery powered concentrators that take it from the air and supply it.

This is one option than simply an external mask that fits over the entry of the respiratory systems. This could be temporary or long-term which would no doubt offer different types and for different purposes.

There could be external implants such as this: 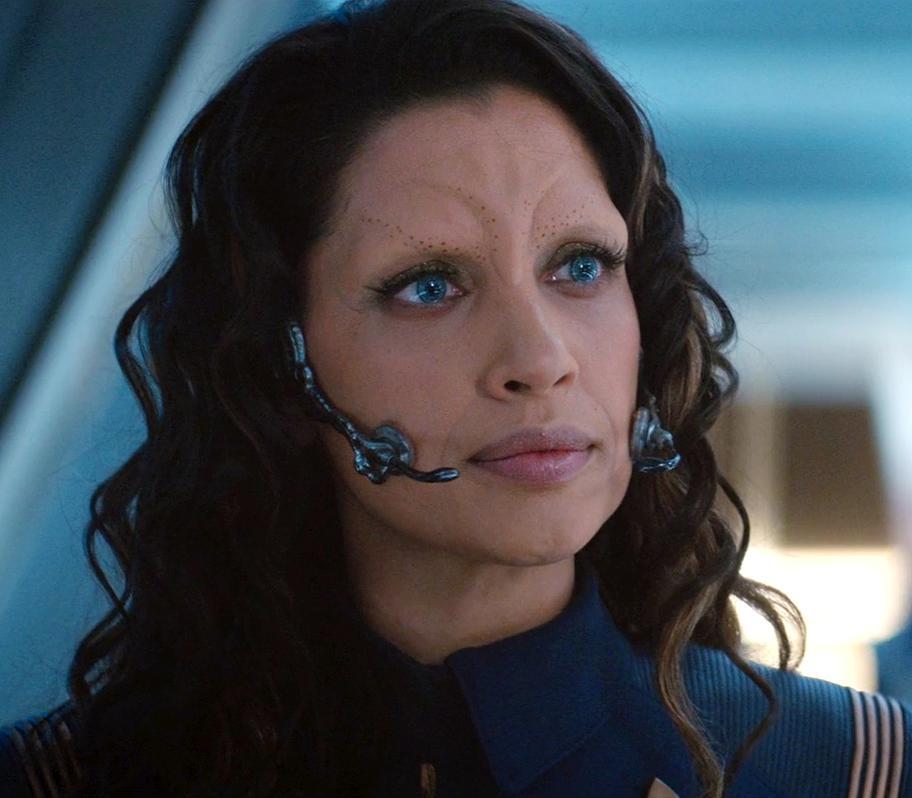 This alien female has visible implants to help her breath because her homeworld has a much more toxic environment. The implants provide her with componants in the immediate area of her nose and mouth with each breath. Theses are permanent and graphed into her skin in at least two places. When forcibly removed it leave her unable to breathe and would damage her skin in the process.

Internal Implants that could be installed into the chest (or anywhere) that helps deal with the pressure differences and would help attribute to adding or removing oxygen.

This would be both permanent which in considering you are also know how to maintain theses devices or short term which means they'd have to be in places that could be easily removable and not damaging to external or internal systems.

If everyone knows the risks in sharing a common atmosphere and the options of implants for keeping long-term in an unfamiliar atmosphere, then no one would be too worried until the technology is removed from the factor or environmental settled are out of control.

Not the answer you're looking for? Browse other questions tagged xenobiology atmosphere space-constructs .

7
Consequences of Earth-like planet with denser atmosphere
9
Is this atmospheric composition breathable, and what would it look like?
2
Which protein is more efficient at oxygen extraction for an AIR BREATHING aquatic species? Haemoglobin or Haemocyanin?
10
Pressure suit design that would allow a low pressure-adapted being to survive on Earth?
5
Looking to optimize the atmospheric gas mix and pressure for humans for minimal cellular degeneration
5
Would it be worthwhile to locate capital in high mountains on an exoplanet with higher atmospheric pressure?
10
What's the useful range of atmospheric oxygen content for fire?
8
Are these atmosphere compositions for habitation in space plausible/do they cause problems I don´t see?
20
What is my breathable atmosphere composed of?