Is speed a major factor for a spaceship to perform "tennis racket effect" manuver?

Imagine a one manned spaceship resembling a hockey puck (magnified 1000x) equipped with only a rocket thruster, suppose the spaceship has found a suitable landing site, a hospitable terrestrial planet with Earth-like atmosphere and it is trying to flip itself using a in situ thruster to slow down the descend. I think it can extend a fin (actually it's a foldable 50m x 5m solar panels) to look like a big tennis racket in space and hopefully the tennis racket effect will flip itself over but then I'm wondering how would speed relative to the landing site affects the stylized Rendezvous Pitch Manuver? I'm also wondering how much to extend the fin to control the pace of the RPM? 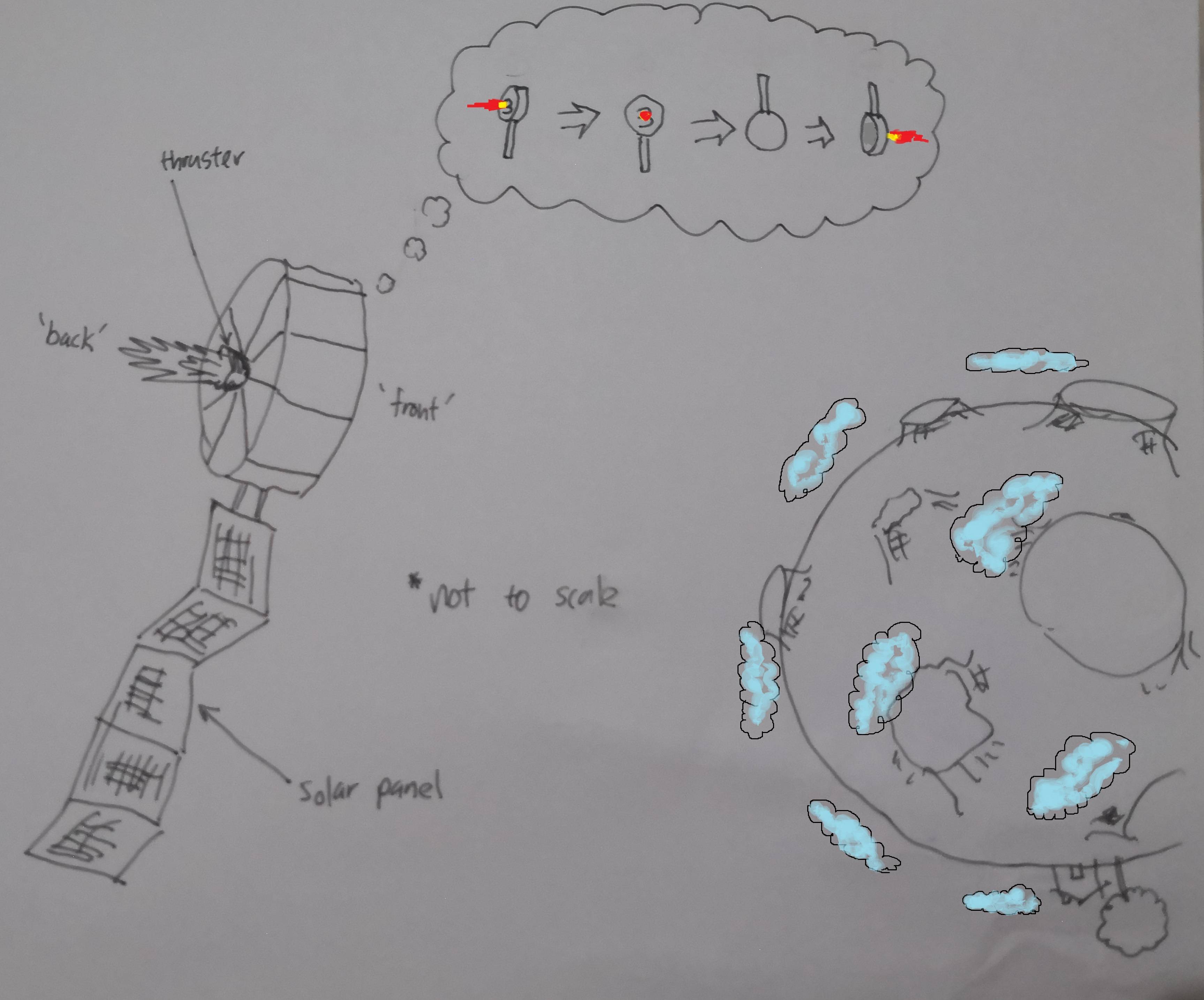 how would speed relative to the landing site affects the stylized Rendezvous Pitch Manuver?

You seem to want to do this as a last minute maneuver. Don't, because the spaceship is:

a one manned spaceship

If it were a drone, that might be cool and all. People are little bags of bones and water that don't tolerate high accelerations without their bodies being broken from inside. Also, see this video starting at 11:04: https://www.youtube.com/watch?v=1VPfZ_XzisU&t=664 - the waterbag occupying the pilot seat may cause the contraption to go unstable.

Instead, do the maneuver while in space. Doesn't matter what planet it is, if you are not coming at the speed of light you will have plenty of time to flip over at a very leisure pace (i.e.: coming onto Earth at its own escape speed gives you many, many days to work an angle). You don't even need the solar panel (though it may be of help). Just walk around the ship to tip the center of gravity, then thrust - this will generate some torque. Even a tiny amount of thrust this way can cause the ship to spin forever. As soon as it has rotated enough, go to the other side of the ship and thrust again to cancel the rotation. Then just coast towards the planet.

Now this is a hard-science question, but unfortunately any solution that could be calculated for your pilot would kill them. If you wish to use my proposed alternative solution, we can probably do the math for you, but we need the following stats:

With these we can calculate how long you will spend spinning... Though if the ship's engine is powerful enough that the ship is able to land on the planet safely then the whole maneuver might not take more than five minutes to complete.

The "tennis racket effect" relies on the object spinning. If the vehicle was spinning and had sufficiently movable masses, it could in principle shift its mass around in ways that led to it "flipping". However, it seems highly unlikely that extending a solar panel could achieve this on a manned craft, or that such a craft would actually be controllable with people moving around inside. A robotic craft might exploit this effect to flip periodically in order to scan the entire sky, but it's nothing you'd want to use as a landing maneuver.

A bigger problem is that even if you manage to flip, actually successfully landing would require active stabilization using attitude control thrusters or an engine that can gimbal, either of which would make such a maneuver completely unnecessary. For that matter, just reaching the intended entry trajectory would require precise control. Spaceflight is not very forgiving, and such an uncontrolled spacecraft would almost certainly not survive an attempt to land on a planet. In real life, just hitting a planet is difficult enough. (Pioneer 4, the first US lunar probe not destroyed in a launch vehicle accident, was sent off course by a slightly long second stage burn and missed the moon by such a margin that its instruments never activated.)

Also note that very few spacecraft are spin stabilized these days, and it'd almost certainly not be done for something carrying a crew.

Not the answer you're looking for? Browse other questions tagged reality-check hard-science spaceships .