Could an obligate relationship between a sapient species, and a species with appendages for manipulating its environment evolve?

I was thinking of a situation, in which there are two species, one with similar intelligence to humans, but no appendage for manipulating the world around it, and another species that is not sapient, but which has appendages that can be used to manipulate its environment similar to how human hands can be used for manipulating the environment. These two species have an obligate relationship, in which neither species could survive without the other. The ancestors of each of these species has had this relationship for millions of years before one of them evolved the same level of intelligence as modern humans. Let's call the family that the species with sapience is in family A, and the family that the species with appendages is in family B. Each species in family A is adapted to a specific species in family B, and vice verse, so a speciation event in A has always implied an equivalent speciation event in B and vice verse.

In millions of years, humans will be so dependent on robots that they will evolve to become blobs with residual limbs inside. Even mating will be done by VR combined with artificial insemination.

Eventually Earth becomes so depleted of fuel and metals etc., that robots are no longer able to make or repair other robots to care for the humans (some of whom are millennia old).

In desperation the humans request their robots to go on a search for creatures capable of being trained to look after them.

Luckily DNA has been preserved for many monkey and ape species. Orang-utans are exceptionally gentle, strong and capable of fine motor-control.

The robots selectively breed orang-utans over centuries to enhance their caring properties.

When they have completed their job, the robots shut down, awaiting the fabled "Return" of space explorers who left long ago.

What do the apes get out of this? When they are reconstructed from their DNA, they need food. A small number of horticultural type of robot is left running to provide food.

Asimov's laws of robotics were developed and implemented in a safe manner long ago. https://en.wikipedia.org/wiki/Laws_of_robotics

Of course, there might be bio-robots in the far future with artificial DNA. These could be considered a species and could be bred to have little wisdom but simply to obey commands. They would be dependent on humans to tell them how to make their own food.

Back in the Jurassic era of computers, Accolade made a videogame called Deadlock. It is from a time when game documentation meant a printed booklet rather than webpages or PDF's... I have tried to find this stuff online but all I could find relevant to the question was this image: 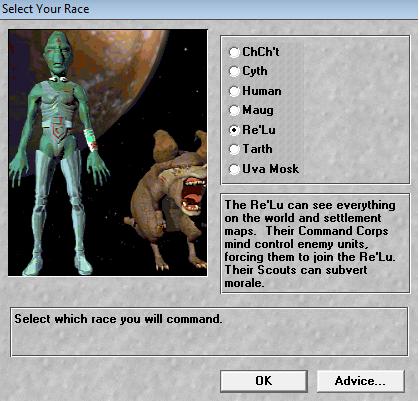 The Re'Lu are a faction composed of two species that live in symbiosis. The Re are the green humanoid ones. They are sapient and telepathic, and while they do have limbs, they are frail. The short ones are the Lu. They are blind, and as far as I remember they are either semi-sentient or not sentient at all, but they are really strong. The Re use their telepathy to allow the Lu to see, in exchange for their labor. It is implied that they coevolved like this from thousands or even millions of years ago. Together they are considered a single race for all practical and political purposes.

You could have a similar setup, by making your limbless ones telepathic.

You could also draw some inspiration from some goby and pistol shrimp species in real life - the goby digs a lair for both to live in, while the shrimp keeps watch. In this manner, the goby does the work and the shrimp does the... well, sensing the environment, since it is not as well equipped to dig. The point of a symbiosis is that each species brings something to the table, and the one that is not suited for the heavy lifting - in your case, the limbless one - can contribute with something else, such as having sharper senses and relying information to the physically stronger or more mobile one.

I think it's impossible

I can't find a good reason for them to evolve together. Why would one evolve intelligence if it can't use it? Of course there are different kinds of intelligence, but I can find little reason why one without manipulation options would evolve the knowledge to use it.

Possible ways it could happen

Despite my answer it can't happen, here is how I would see it might have the tiniest sliver of hope. Nourishment, chemically induced dependence or straight up symbiosis for other reasons could start it off. One supplying one thing, the other assisting in another way. During some time they'll evolve more and more complex behaviors together, with the intelligent animal getting more and more control over the other. The "tool" animals can still be their own beings, but still listen well to the "brain" animal as it has been for generations. Much like dogs with their master sniffing out things, or a worker doing things for a boss. One steering, the other following with little resistance, as it'll give them a higher chance to survive or simply a higher chance to get high.

Not the answer you're looking for? Browse other questions tagged biology technology evolution civilization sapience .

34
Evolution of species with separate sapient and non-sapient forms?
9
How would aquatic sapience evolve?
13
Does a sapient species have to be warm-blooded, and if so, can it still be a reptile?
2
Making tools, with your mouth!
8
Methods to ensure gene flow in species with seperate sapient and non-sapient lifecycle
4
What Earth species could be sapient?
5
Can an 'unadvanced' species accidently uplift another species?
4
predator and prey developing intelligence
6
Would a life form with the intelligence of a human but without an appendage for manipulating its environment be able to have advanced technology?
15
Are insectivores and carnivores viable to become sapient?