Uses of a computer no upper limit on processing power?

Edit: I do not have the best technical understanding of computers so some of my terminology may be misused. I guess a simpler way to imagine this hypothetical computer is one whose overall performance (how fast it can run an arbitrary program) can scale with power supplied infinitely.

Say a genius mad scientist has built a computer sporting a single-core CPU with a potentially unlimited clock rate - the more power you give it, the faster it will perform operations. If you power it with a potato battery, it will be as fast as my laptop a potato; If you power it with a nuclear power plant, it will be proportionally faster by X times (where X is how many times more energy the plant produces than the potato); if you built built a Dyson Sphere for the computer then it will still make full use of all the generated energy.

Edit: A comment has mentioned the problems that might arise from trying to dissipitate huge amounts of energy through the computer. So, in consideration of this, assume that the computer simply "eats" all the energy it uses by magically teleporting it to a distant corner of the universe.

We assume that the mad scientist has figured out some way to circumvent physical limitations on clock rate. I imagine there is a point where a CPU with a clock rate of ten septillion trillion ghz would break the laws of physics (is there?), but we pretend that isn't an issue.

I'm not sure how the CPU performance should scale with power, so I leave that to you to decide. Please try to be reasonable.

Furthermore, I am splitting the question into two separate scenarios:

I guess with this, factors like hard disk read and write and hard disk storage size also come in. Again, I'll leave these details to you, but I'd appreciate if answers were varied!

P.S. The mad scientist has since died in your standard mad-scientist-type accident and there is absolutely no way of reverse engineering the technology he used to build it. The computer is, and forever will be, one of a kind.

Having established the computer's RAM/storage related capabilities as you see fit, what could be potentially done with it? If a malicious hacker group obtained it, how much harm could they do? If one country had it, what advantage would they gain?

Bonus: if all of humanity miraculously came together and decided to pool all the world's resources to maximize the computer's benefit to all of humankind, what could be achieved? Are there major issues we could solve, or advancements we could make with a potentially ridiculously fast computer?

I'm leaving the physics aside and I'm going straight to the abstract question: "What could you do with infinite computing power?"

Basically, for any kind of modeling, sheer computing power is not enough, as you would also need complex well-designed algorithms and reliable source of big data.

Assuming, you meet these prerequisites, there are a few fields where massive computing power is necessary, for example:

I think the unlimited RAM case is simpler and more interesting. Many calculations on current computers are RAM speed limited rather than processor limited.

I am going to take public/private key encryption and turn the problem around. As your computer gets better power sources, how much do we have to increase key lengths to prevent brute force determination of the private key from the public key in one hour?

Thus a mere 131 bit key would be sufficient to prevent brute force decryption in a hour with a Dyson sphere. 256 bits is a fairly short key by modern standards.

This is just one example. For many interesting problems, the number of operations for an exact brute force solution increases exponentially with problem size, and exponential growth can easily overtake your computer's power. The practical solution is to use clever methods that are only probably approximately correct.

With the output of, say, a medium-sized hydroelectric or nuclear plant, you could build:

However, all these are doomed to a short life and prompt un-plugging when the first monumental city-sized electric bill arrives.

If you want a computer that can double its cpu throughput per second that is currently single core, you can do that, just make a two core machine. Furthermore, if you have a mutlicore machine with specialized hardware to complete certain operations faster, your single core will be more than 2 times slower than the multicore cpu.

What your machine is really good at is sequential computation. Most code is written sequentially, but in order to take advantage of multi core systems people are trying to switch over to multi-threaded computing and take advantage of gpu computation. So your computer can handle code that must be executed sequentially faster, but if the code can be executed simultaneously you might as well use a multi core machine.

While your computer may be cheaper than a super computer, it still has roughly the same energy cost and will struggle with specialized operations that super computers would make custom hardware for.

If you have instant and infinite ram what does that mean?

If you have instant ram and infinite ram your computer would be really useful, but not for the reason you think. Your computer would be used to do computations on large data sets that require constant disk hits (ie so large that caching data is nearly impossible) in your case you could store all that data in ram and have a much faster computer, since ram is much faster than disk.

You could also store information "on the cloud" for really cheap since the storage is infinite, allowing you to out compete any storage that takes more than a 3 seconds to load world wide.

Your computer would become the perfect super computer for short projects

The main reason people don't build super computers is because of the hardware cost. Your computer bypasses this but maintains the energy cost. While ceiling on cost is now the cost of creating a power source to power it, because your cpu is unlimited then anyone who needs something computed fast can come to you to get it solved. However, since the energy costs are the same this would only be for short projects. Larger projects will see their energy costs eclipse hardware costs, in which case having better hard ware will save time and be a good investment. But if you need something done quick, or the problem is (relatively) small, you can go to this computer and buy time to get it done. Because of the large amount of projects that need super computer time and the relative lack of super computers this will make you popular and profitable, though not with large research groups who use their own hardware, but with smaller teams looking to break into that space.

Build your super computer next to a reactor and you can sell extra time also, maximizing computer usage.

Cryptography now stands (and fails) on assumption that if you had all the power...

So, even Slovakia could hook up their Mochovce 3 power plant to the computer and assuming someone wrote good, optimized program, you might hack into espionage communications, or wire transfer some money to your central bank.

That assumes either extreme power per watt performance, or extreme breaktrough in mathemathic/programming. If the mad scientist just built the machine, we are possibly doomed

Lets face it. Even if you specifically state in your question, that the computer should not be reproducible and therefore should never be opened, it will be opened

What caught my eye is, that the computer consumes all the energy and "sends it to empty corner of the universe." If we could tweak where the energy is sent, you have powerful weapon. With bonus that you can apply some counter strikes, while playing Counter Strike (yes, I wrote whole two paragraphs just for this dad joke)

Overall, we optimize for power consumption

Ever heard about the fruit company? How are they named, again? Yes, Apple.

Apple is switching to ARM processors, mainly because they want performance per watt efficiency: 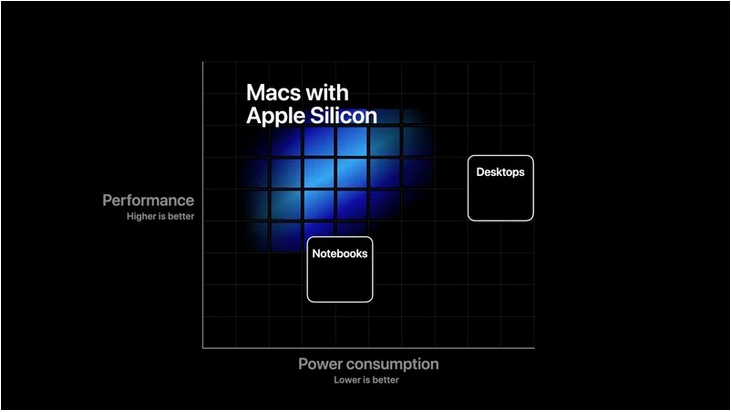 Not even that, but also, in computer science, we also go in way of multi-thread processing, where we use more processors, working in parallel. So, typical ultra-powerful "computer" looks like this: 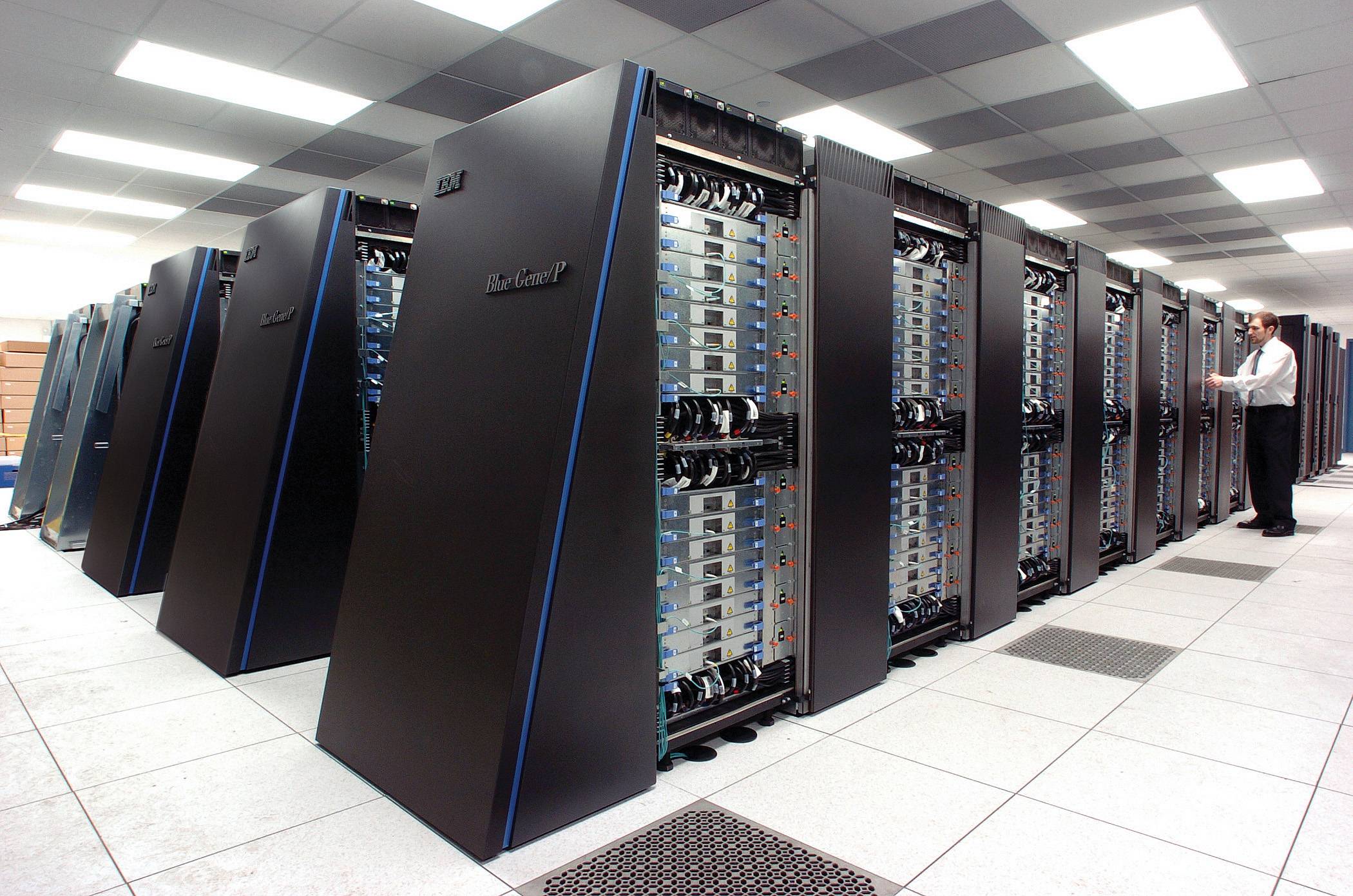 Please note on the picture, that each "row" would be what we normally call "computer" in normal terms (Professionals note, I am well aware of the simplification and I have done it on purpose), each of them much more "powerful" than your potato computer laptop.

Wikipedia says, that above portrayed computer has efficiency of 2,1 GFLOPS / Watt. The mad scientist computer has to be well above that mark in order to be considered suitable solution

So, the real applications would be very limited.

If such computer existed, I think we would ending up disassembling it, just to see, how it works. And fail miserably, unable to either put it back together or even understand it.

The logic that jumps to mind with your system is that you're not really accessing a CPU, but instead have opened a tiny portal to another dimension/part of the universe. More power opens the flow of information, and the heat and energy are ending up elsewhere. Alien entities are on the other end, feeding people the information they want us to have. It may be benevolent, but it might not be. The beings could be hostile, or they could merely have incomprehensible goals, like a scientist guiding a mouse through a maze. The more we use it, the more they know about us.

This would do what you want - the computer seems to become "magically" smarter with more power. The data is subtly controlled to achieve the alien's objectives. If all humanity comes together to power this thing to near-infinity, some spectacular effect could happen - like the Earth drops into a black hole, or the aliens show up, or our entire global system is subverted for the alien's objectives (and their first goal would be to lock the portal open).

Not the answer you're looking for? Browse other questions tagged science-fiction computers .

30
Computer that lasts for centuries?
17
How viable would an analog computing revolution be?
3
Reinventing computer not being bound by legacy issues
4
Powered Assault Armor - How possible it could be with near future technology
15
Decelerating a relativistic, beam-powered starship at its destination without pre-established power-beaming infrastructure at said destination
2
A big primitive computer in orbit, very big, powerful but old technologies from 80's, V2.0 on-topic revamp