Is there an immersive justification for littered resource crates in game worlds?

It is common to find resource/loot crates in games that be opened/broken by the player to find money, ammo, resources, and similar. For instance, Warframe contains both loot crates that drop resources / ammo / credits: 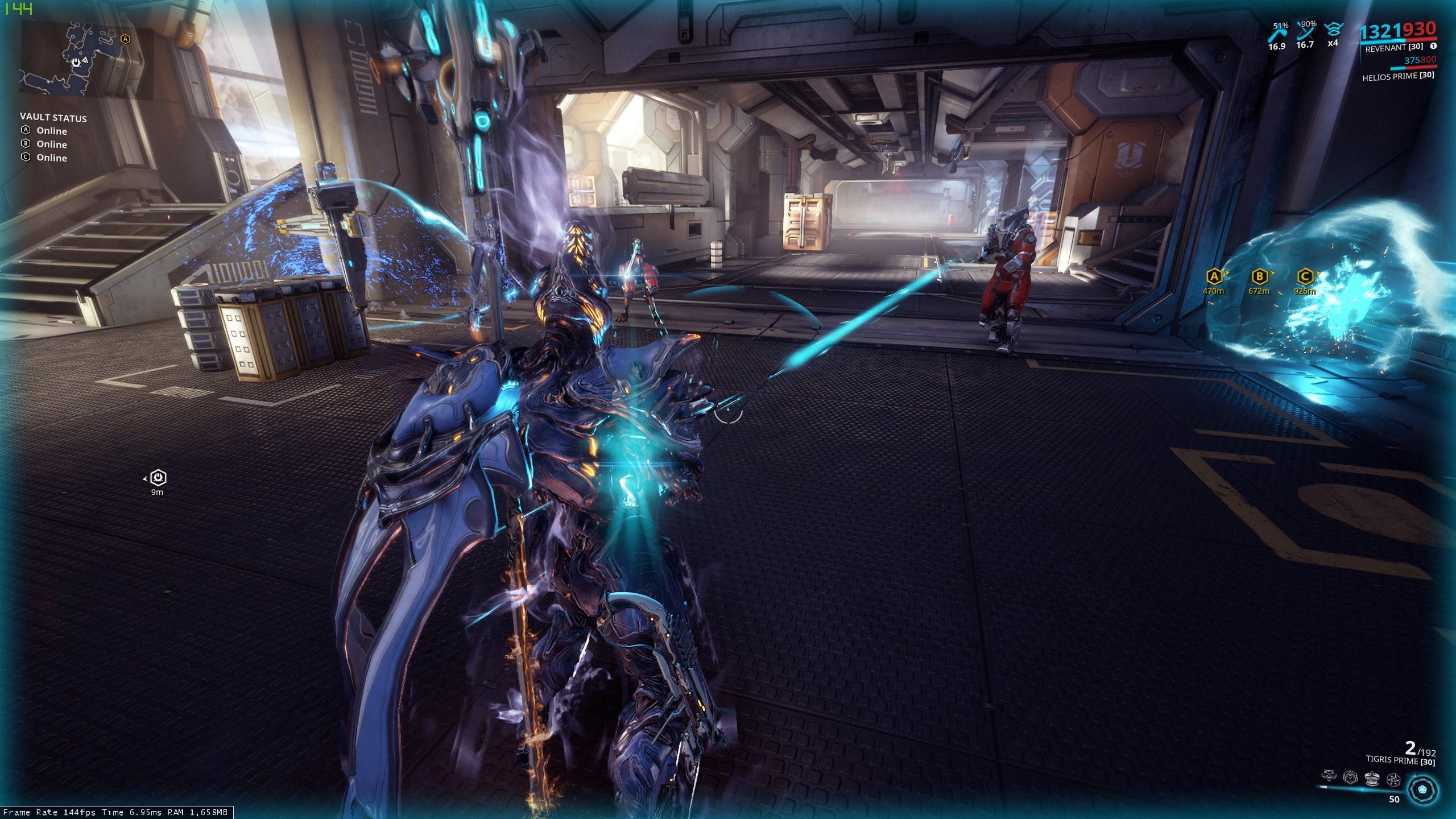 and lockers which drop the same contents: 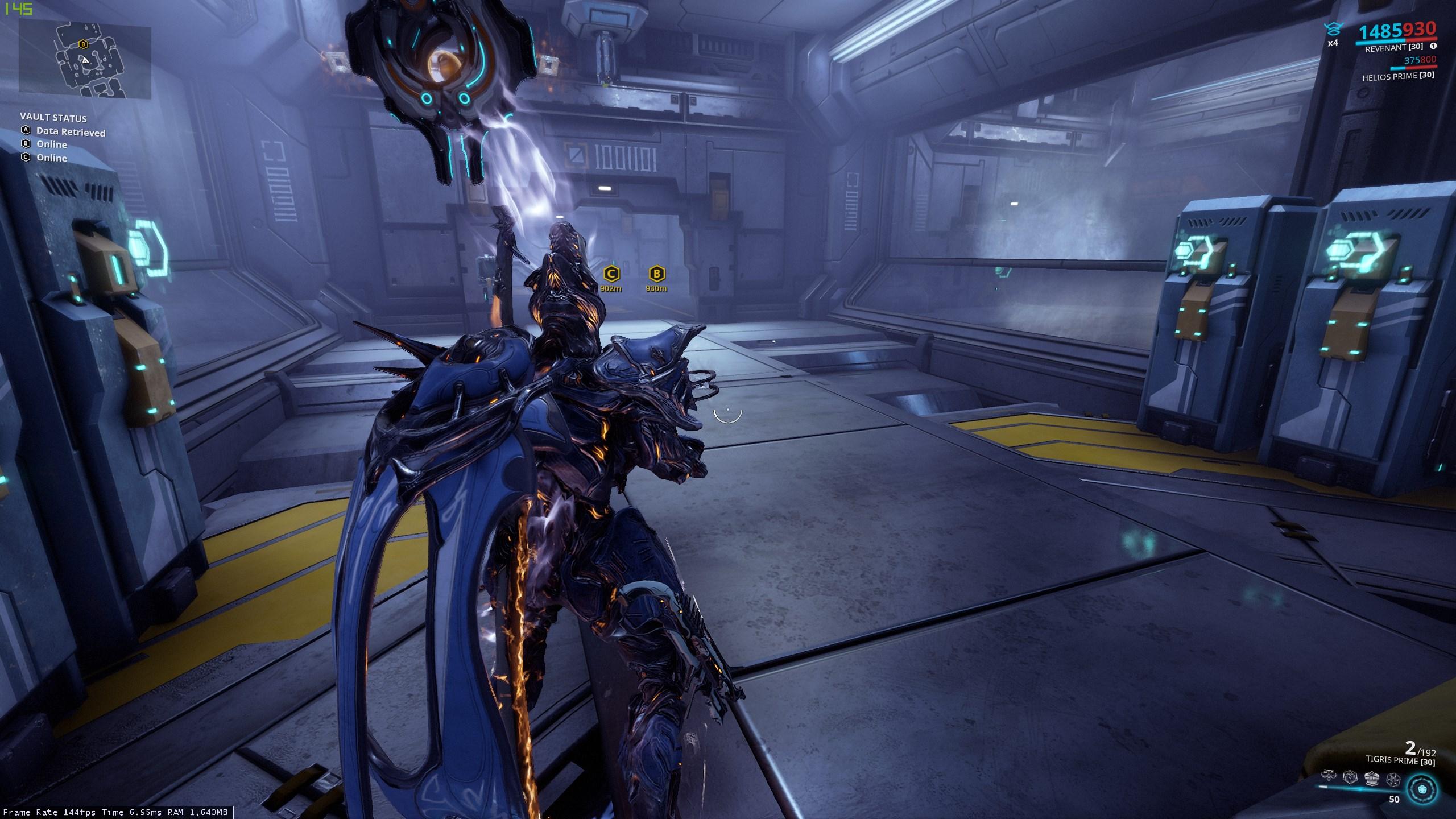 These can be found in other games such as:

For gameplay purposes these are meant to supply the player with resources they need, but from a worldbuilding perspective they don't seem particularly realistic. Why would anyone put these items in unmarked crates / lockers? Wouldn't ammo be in ammo crates so it's clear what the container contains rather than necessitating scrounging through a bunch of random containers? And why would these be littered throughout the world instead of in storage? Military outposts and research facilities don't just leave random crates of lithium and whatnot throughout the building, right? And is there a reason it would be common to put physical currency in these crates in sci-fi worlds like Warframe and Dead Space?

The Defense Logistics Agency's "Supply Standards and Procedures" describes a meticulous management of supplies and resources with inventory checks and requisition forms, so I find it difficult to believe that resource crates in these games should be littered throughout the world as opposed to lockup where they could be inventoried & access to the resources could be more easily controlled. There are also numerous OSHA guidelines on material storage like which materials cannot be stored together, flammable material storage restrictions, etc, and this is violated in so many ways by randomly dumping resources in resource crates littered throughout facilities in the game world. Even if there is no regard for human safety in these games, there is still value in proper storage to prevent your hard-earned materials from being ruined or destroyed on accident.

Is there any reason some real world entity might store resources / ammo / physical currency in random , unmarked containers littered throughout facilities like this were they put into one of these games? I am looking to answer this for a particular game I am working on, but would like an answer not specific to a select world for any other games I may work on in the future.

Ideally justifications for this sort of logistics would be realistic & practical, with no magic and minimal hand-waving (e.g. material safety is no longer necessary due to some unobtanium container that locks materials in a stable state). Simple, fundamental answers that transcend medieval, modern, and sci-fi use cases are preferred, but sci-fi specific justifications are acceptable (but should apply to all sorts of environments: space frigates, planetary research facilities, orbital stations, etc). The context is industrial, military, and research facilities rather than schools, shops, residential homes and similar.

THERE'S A WAR ON, SOLDIER:

Item distribution in games does follow a certain logic, although don't obsess too much, there's always an imaginary reason. I think back to Unreal II, and how your character is being dropped supplies by government forces relying on you to do the dirty work. All these supply crates are placed for various reasons, and in good game design, each should be found in a semi-reasonable place.

Putting everything in one place leaves you too vulnerable to infiltration and having your supplies stolen. Remember how stealthy you can be in games like Warframe and how it’s never really an issue to get into the enemy ship or station or whatever. Here, the enemy has accepted that they cannot run an airtight operation. Infiltration is an everyday issue and the most you can do is try to mitigate it and put it harder for the protagonist to mess with your plans.

That means you can’t put everything in one spot, it’d be too easy for someone to break in take all the ammo you’ll need for your invasion or all the resources for your experiments And leave with it.

Scattering important materials and ammo al over the place ensures that for any meaningful disruption on that area, a protagonist would have to run around through the whole facility. Which, while not impossible, is more time consuming and it’s also something you are already trying to stop. Since at that point, what’s stopping them from leaving a charge of your energy core on their way out.

Finally, protagonists are also drawn to supply caches, these being often side objectives. Put a lot of valuables in one place and they are likely to loot it on their way out from hacking into your computer, freeing some prisoners, assassinating some key figure, etc. Not only this but they always seem to know about these caches somehow. Maybe they have a way to detect them or there are leaks within your organization or you are being hacked or who knows.

Bottom line is lots of goodies in one place = an eager and capable hotshot trying to steal them.

Rather than purposeful caches, loot should be taken from the fallen.

You are right that storage crates containing weapons would not be sitting on the floor of the subway. I suspect that this is done in games for ease of programming and homogeneity. The game writers do not want scrounging for supplies to be a distracting task. People playing these games want to fight monsters and find their way thru the maze. That is fine.

In a realistic environment there are some places one would expect to find lots of supplies - medical bays, canteens, armories etc.

If you are striving for realism, supplies in between should make sense. For example an empty dorm room might have snacks and a first aid kit. A dead person or dropped backpack could have the same sorts of supplies your character is carrying. A cushman cart or dolly might have supplies that were being ferried from one site to another and then abandoned. I can see doing it this way if scrounging for supplies is part of the fun, and there is no reason that it shouldn't be.

Sure, maybe when your military base is first built, everyone follows proper procedure for storing ammunition. But 10+ years down the line, it's possible that those procedures have been bypassed or ignored. Why bother spending an hour filing out the paperwork to request ammunition from the secure storage when you can just keep some in your personal locker? Besides, nothing bad has happened here before, it isn't likely to happen right now.

Furthermore, during times of chaos, many security protocols will just get bypassed in favor of urgency. The soldiers need ammunition now and it takes too long to transport boxes of shells from secure storage to where they are every time they're running low. This can lead to supplies being stored insecurely and getting lost during the confusion.

The short answer is NO. There is no real-world justification for the common game design practice of scattering resources in random unmarked containers.

The reason is that the motives of game designers who practice it are completely unrelated to the goals of real-world logistics operations.

The topic of "loot boxes" in all of their various forms is among the most criticized, controversial, and cliched of all of the studied game design patterns. Pedantically in game design theory, they are a form of pick-up. Quoting the book Patterns in Game Design (https://www.amazon.com/Patterns-Game-Design-Development/dp/1584503548/ref=sr_1_3)

Pick-Ups are game elements that exist in the game world and can be collected by players, usually by moving an avatar or Units in contact with the Pick-Up. Common examples of Pick-Ups include weapons, ammunition, and health packs in first-person shooters; money and energy in platform games; and food, wood, money, and metals in real-time strategy games.

As Resources that exist in the game world, the design of Pick-Ups is linked to the design of Resource Locations, and the design choices available for the locations have to be considered in parallel with those of the Pick-Ups.

It is in the design of Resource Locations where the principles of game design and real-world logistics design diverge.

In typical game designs, the locations of map-specific pick-ups are not actually "random" but rather strategically pre-determined within some locality to provide players with incentives to occupy those areas of the map for some gameplay purpose. It may be to concentrate or scatter populations, to progress a story narrative, to force consumption or exchanging of other resources, or for any number of other reasons. Frequently, they are arranged to be goals of conflict in order to introduce inefficiencies in the supply of vital resources, increasing challenge and jeopardy in gameplay.

This is very different than the principles of real-world logistics, where it is a goal to concentrate resources in locations that provide maximum efficiency of access with minimum cost (challenge) and jeopardy. This would be especially important for access to wartime materials during periods of conflict when supply chains might be simultaneously overtaxed and disrupted.

I saw a great one in a sci-fi setting using an advanced enhanced performance armor.

"Health" was energy shielding in armor, one you last "health" was lost is was the shield failing and the damage getting through the suit to you, killing you. health packs were just energy sources compatible with the armor. Just imagine raiding random power tools, vacuum cleaner, floor buffers, and ATV's in a setting were a single power source was common. reusable points might just be compatible wall outlets.

The suit manufactured ammunition from metal for a coil-gun. So ammo box were just things made of the right materials, things containing high purity iron or copper in large amounts. Nitrates for explosive ammunition.

A locker might contain maintenance equipment or supplies that were compatible, similarly a crate might be full of desk lamps with iron base, replacement batteries, or fertilizer for nitrates.
This even allowed for good level design since the starting areas was the manufacturing and distribution area, thus well supplied with machines and power tools, and the more difficult areas were office locations where all such supplies were rare.

The video game world seems to be run by lunatics who want to blast away at each other for the most contrived reasons. Fairly realistic in that regard, come to think of it.

But AI was programmed to expect a different sort of planet, one with intact vehicles, orderly deliveries, and above all, orders.

What this means is that people blast away in space ships, bases, and bunkers without a care in the world for the AI team that has to pick up for it all. They diligently repair what they can, and stuff whatever they find in the nearest locker. If they need it somewhere (anywhere) they know exactly where it is. In the meanwhile ... they have no orders where to send it. All they do is get it to the nearest registered node and Await Customer Input.

Not the answer you're looking for? Browse other questions tagged infrastructure logistics .

23
In a world without any beasts of burden, what alternatives for transport are there?