How would a desert civilization develop their battlesuits and powered armors efficiently?

I had did one for a jungle civilization How would a jungle dwelling civilization utilize powered armor efficiently? , so I decided to do another one, but this one for desert dwellers. Since desert planets are possible, I decided to see how they would work in a desert world civilization.

Now, the armors would be used by both rank and file and elite soldiers, with the elites getting more advanced armor variants, while special forces units get specialized variants to be used based on the operations they're conducting. So the suits would be for defensive, offensive, and covert operations.

We're going off the assumption that the civilization doesn't want to damage their environments too much (they're not going to blow up their enemies with nuclear weapons! Sorry Heinlein!), but things like heavy artillery is acceptable.

well. there isn't much I can say to add to my last answer to your other question. And power armor is going to be fodder to the enemy. they'd be far easier to spot, and the reason they'd not cause much in the way of collateral damage is because the enemy would have blown them away long before they would have become a threat.

I been around the block as a paramilitary contractor, and there is no cover on a desert plain. You're totally exposed to enemy fire. Just ask the Iraqi tankers during the first and second gulf war how much cover and protection the desert gave them from enemy fire.

from what I've concluded about power armor, it's only something that works on paper and in media, but not so much in practice.

and now to say why.

if they were viable, the US army and USMC would already be using them. And the fact such platforms are absent in world militaries reinforces the fact the are not viable. And it's even more so for Paramilitary Corporations (PMC) like Black Water, Triple Canopy, and my own PMC to adopt their use.

unlike a national military who operates of public funding from the their government, a PMC is a corporation, and like every other corporation, is required by law to turn a profit for our share holders to continue to exist. a PMC is very unlikely to adopt something like power armor as it's not a known quantity, and is highly likely to be a net loss of company assets---both human and material. and we rely on reputation to secure contracts from individuals, companies, and world governments.

so the answer to the burning question is power armor will not be used in deserts. I was there in such an environment, and it's no place for such a platform. 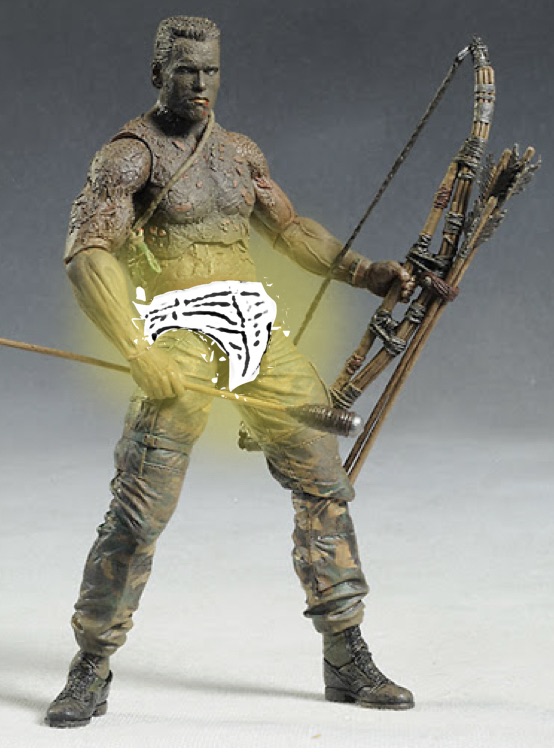 It is hot in the jungle, and sticky. Sweaty and glistening, mm, yes. Your warriors will want - nay, demand - to strip down. Then when the bugs come, or the Predator with infra vision, your warriors will want to bedaub themselves and one another with primitive jungle pigments. Thus it goes with Jungle War.

But running and warring thru the jungle naked except for mud risks injury to the junk, especially if it is hot and your warriors are male. Nakedness also risks raised eyebrows from viewers who are OK with an R rating for gore and mutilation but who tremble to see naked parts. In addition to addressing these protective functions, the power shorts can serve a Batbelt kind of function to keep jungle war supplies handy. And I daresay they are a menacing and warlike look.

Not the answer you're looking for? Browse other questions tagged technology science-fiction warfare technological-development science-in-society or ask your own question.

5
what issues would make power armor non viable for military use?
2
How would a jungle dwelling civilization utilize powered armor efficiently?