How close together could trees conceivably grow?

(low fantasy) I like things to make sense at least somewhat logically in my world, and I'm wondering how close trees could be planted together to create a "wall." Obviously, this could be cut or burned down, but it's more of a cultural no-no to do that (thus creating a wall).

I'm okay with the process taking centuries if necessary, also not opposed to bamboo or another source like that if that would work.

The property where I used to live had several acres of trees. Inside, the woods were fairly open, but at the borders with the grassy fields there were wild grape vines growing up the trees, sometimes with thorns mixed in. From the grassy fields the edges of the woods like like a solid mass of grave vine leaves. I remember this well because for a few months I had the task of cutting and sawing down the vines in the forest.

So if the wood is intended to seriously keep people out, it should consist of several parallel belts of trees separated by open grasslands. And there should be vines, mixed with thorns, growing up the trees at each border of the woods with the grass. And maybe thorn plants that do well in shade could be planted inside the belts of trees.

I also note that in the country many fields are separated by single lines of trees, which often have bushes or thorns growing among them. So a single line of trees would be adequate to mark the border between different fields and different farms, even though it wouldn't be very good at keeping trespassers out.

Did you ever hear of the Great Hedge of India?

It was the Inland Customs Line in British India, between salt producing and salt using provinces and states, where the tax on salt was collected.

There were customs houses on all the roads at the borders to collect the salt tax, but salt smugglers simply left the roads long enough to go around the custom houses out of sight.

The Inland Customs Line was started in 1834 as a continuous barrier to force travelers to use the roads and thus pay tax at the customs houses. The line was continually lengthened and strengthened over decades, finally reaching over a thousand miles.

Frugivore birds disperse the seeds of banyans. The seeds are small, and because most banyans grow in woodlands, a seedling that germinates on the ground is unlikely to survive. However, many seeds fall on the branches and stems of other trees or on human edifices, and when they germinate they grow roots down toward the ground and consequently may envelop part of the host tree or edifice. For this reason banyans bear the colloquial name "strangler fig". A number of tropical banyan species that compete for sunlight, especially of the genus Ficus, exhibit this strangling habit.[5][6][page needed][7]

Older banyan trees are characterized by aerial prop roots that mature into thick, woody trunks, which can become indistinguishable from the primary trunk with age. Old trees can spread laterally by using these prop roots to grow over a wide area. In some species, the prop roots develop over a considerable area that resembles a grove of trees, with every trunk connected directly or indirectly to the primary trunk. The topology of this massive root system inspired the name of the hierarchical computer network operating system "Banyan VINES".

So banyan trees can grow close enough to host trees to eventually strangle them.

I can imagine foresters planting banyon seeds in the branches of trees close enough together that the branching banyons will eventually have interlocking root & trunk systems.

You might also want to read up about hedgerows. 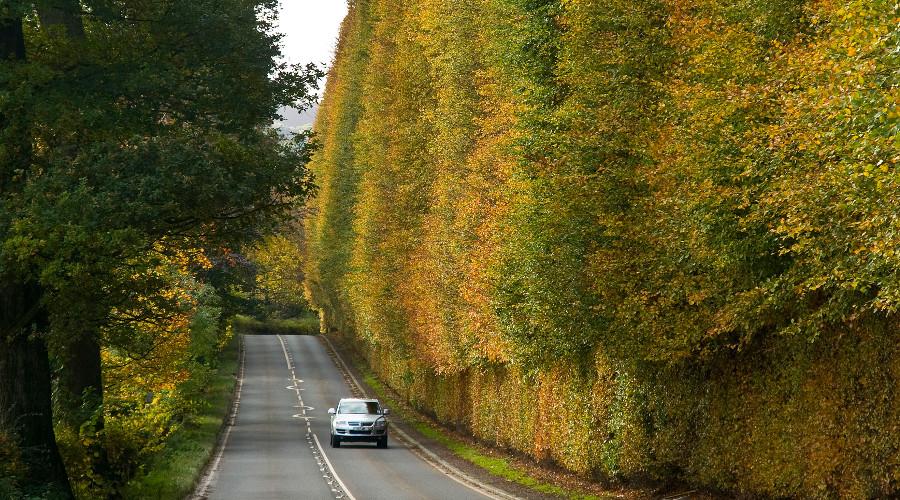 Beech hedge at Meikleour, north of Perth. It's listed in the Guinness Book of Records as being the tallest hedge in the world (over 100' high).

The term for the art of trees grown so that they fuse is "pleaching". This ancient art has recently re-emerged with several artists creating chairs, or gazebo like structures using living willow canes that root themselves into the ground when planted. There was an example of a similar structure, a bridge, that was created in India and is hundreds of years old. Over long periods of time, if such living fences (pleached hedges) survive, they should form a sort of living wall. [ 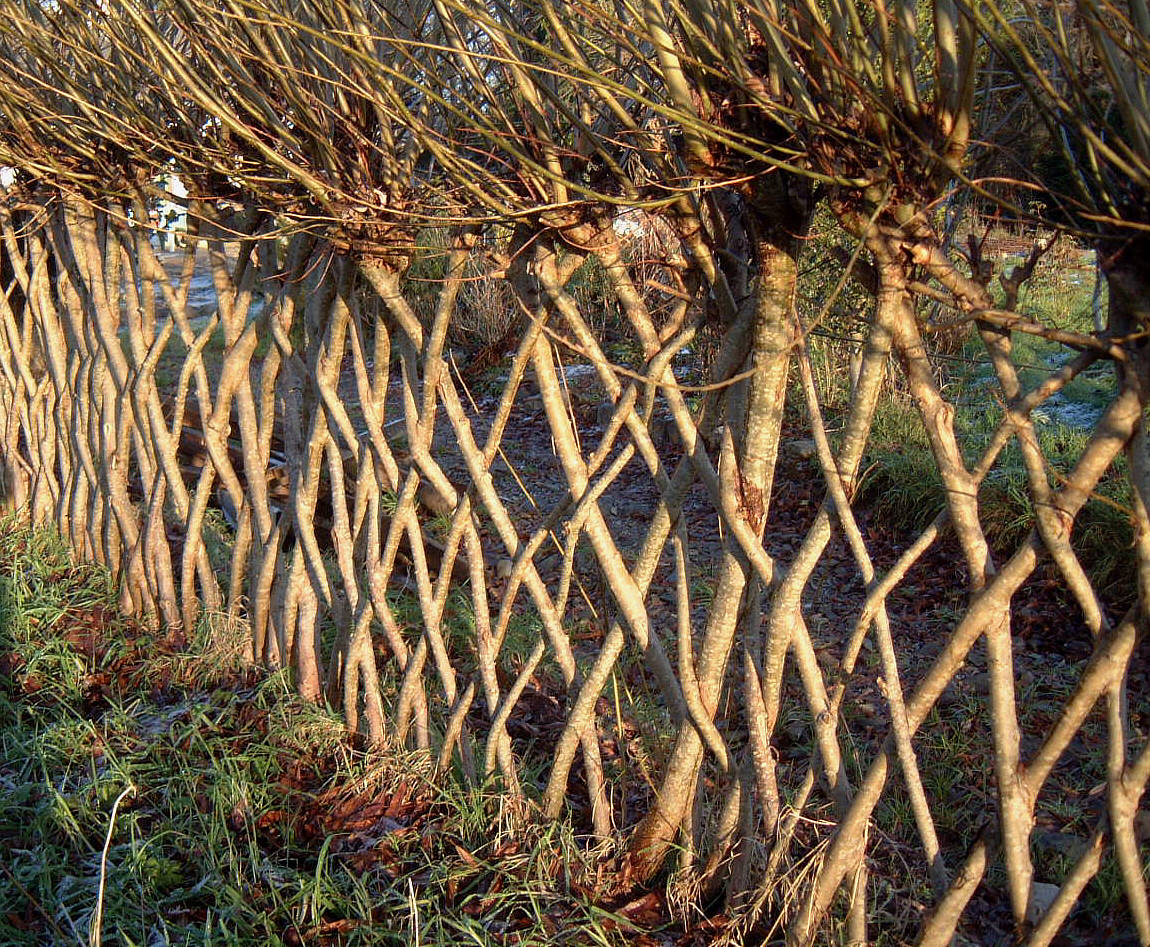 Whether or not the trunks are visible is highly dependent on how these structures are pruned. 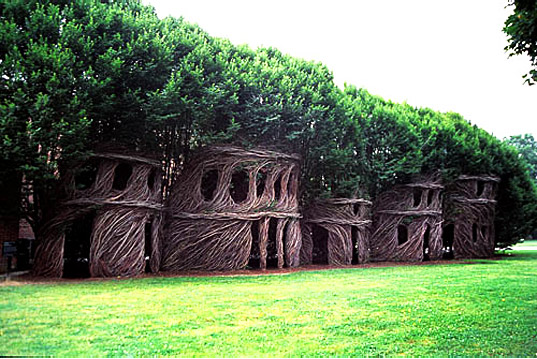 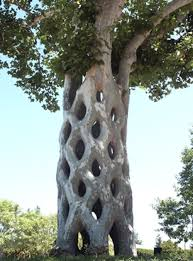 Not the answer you're looking for? Browse other questions tagged science-based reality-check low-fantasy natural-growth .

23
Physical correctness of trolls with high regeneration ability
64
Are there any rules or guidelines about designing a flag?
6
What minimal magic is needed to maintain a huge torus planet?
8
Possible Side Effects of Resurrection on Skeletal Structure
20
How could humanoids master forge fire without using vegetal materials?
30
Minimum tech level required to outrun a terminator?
15
How do you avoid running out of space due to magically created objects?
12
What Benefits Could Tongue-eating Lice Have For Mermaids