Earth loses its sun as is sent hurtling through space in darkness. How do humans survive for the next 1,000 years? [duplicate]

Let's say, whether for magical or scientific reasons, Earth and the moon are separated from their star, the Sun, and are sent hurtling through space.

Ignoring the reasons for such an event, how could humans survive for at least 1,000 years, if they could survive at all?

If there is little or no warning, there is no chance of survival. However, with some preparation, it is feasible to survive deep underground - a few km would do.

The interior of the Earth is quite warm, to the extent that for every km you go underground, the temperature rises 25–30 °C (the geothermal gradient). Earth's internal heat comes from a combination of residual heat from planetary accretion, heat produced through radioactive decay, and latent heat from core crystallization. The sun only heats the top few metres of the Earth's surface. Hence, keeping warm is not a problem. There is also plenty of water underground in aquifers, which can go as deep as 9 km or more. Air can be recycled, but it will still be present on the surface as frozen air, which can be mined.

For energy, geothermal energy is an obvious solution. Nuclear power could also serve, though storing the nuclear waste might be a problem. Ejecting it to the surface is no good if you want to live there after only 1,000 years.

With heat and energy, you can grow crops under artificial lighting and even keep a few animals like dairy cattle, chickens, and perhaps sheep for wool, milk, and meat.

Some places may be more suitable than others, like Iceland, which has many hot springs that provide ready heat and energy near the surface. You would only need to dig down far enough to have protection from meteorites once Earth's atmosphere freezes.

The greatest challenges for survival for a thousand years will be to maintan the knowledge to maintain the machinery that keeps underground cities running and to preserve biodiversity and genetic diversity. The latter could feasibly be managed by storing seeds and fertilized eggs in permafrost near the surface.

With the Sun gone, so is the motor of the food chain, if we exclude the life forms thriving around the volcanic chimneys deeps in the ocean. But tubular worms are yet to become a staple of our breakfast.

Moreover with the Sun gone our atmosphere will turn into a layer of iced gases, laying on top of our frozen oceans.

The only way to survive would therefore be to have an abundant and cheap energy source to allow humans growing plants, keep their shelters warm and supply their industry which has to produce literally everything that is needed, as nothing will be spontaneously available in nature.

I think this calls for nuclear fusion, integrated here and there by geothermal power.

Given a few years of warning, humans could survive in bunkers deep beneath the ground, relying on nuclear power to heat their habitats and run the grow lights in their farms. Not everyone could be saved, in fact the vast majority would die. But a few hundred thousand, maybe 1 million, could take refuge in underground settlements all around the world.

Nuclear fusion would be nice, but isn't actually necessary. Given such drastically reduced energy demands, there is more than enough fissile material to power a society like this for millennia, especially if supplemented with geothermal power.

I think the question is interesting, but the phrase "...Earth and the moon are separated from their star, the Sun, and are sent hurtling through space." is rather vague.

My response assumes "hurtling" means "at much less than the speed of light" and that the laws of physics still apply. The key is escape velocity. It could be weeks before the Earth exits the Godilocks Zone, and more weeks before significant freezing takes place. There is time, therefore to begin crash programs to dig. As the Earth freezes from the outside in, digging has to keep head of freezing.

I'm going to ignore the moon for the purposes of this response, although the existence of a permanent base on the moon would definitely be a good plot line.

Given my assumptions and the current level of technology (The Boring Company), I do think that it's quite feasible to save a significant portion of the Earth's current population.

You have an interesting idea here. I'm looking forward to your first novel.

In his story they use monolith magic, i say let's go with the simple route and build nukes. 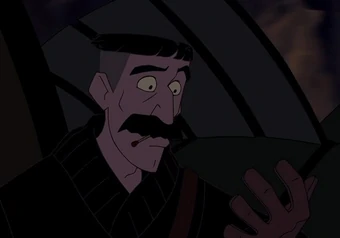 13
How would a planetary nebula affect a planet?
4
Is a 100% effective mass extinction possible without destroying the planet?
14
Are trojan planets possible? Are habitable trojan planets possible?
9
Could an astronaut in a near-future space ship survive transit through our asteroid belt?
2
The major effects on the habitability of exomoons orbiting this Brown Dwarf
14
How would Earth turn into debris drifting through space without everything at its surface being destroyed in the process?
16
How would a space probe determine its distance from a black hole while orbiting around it?
4
What would happen on a binary planet if they captured a new moon into orbit?