Would very small humanoids be able to use rats as mounts?

These humanoids would be about 13cm tall. Is there anything preventing them from mounting rats with proper training and a customized saddle?

In theory with time and training

Wild animals need to be domesticated to be used as beasts of burden. Fortunately, rats are very trainable.

Domesticated rats are very gentle and playful creatures. Like a pet dog, a pet rat can learn many tricks and can even respond to its own name. Pet rats can learn to sit up, fetch, jump through a hoop, come when called, and even walk on a tightrope. Additionally, rats can be taught to solve puzzles, run through mazes, and perform tricks. Training a pet rat is relatively simple and rats respond well to a food-based reward. (Source)

Rats can even be trained to operate tiny cars. 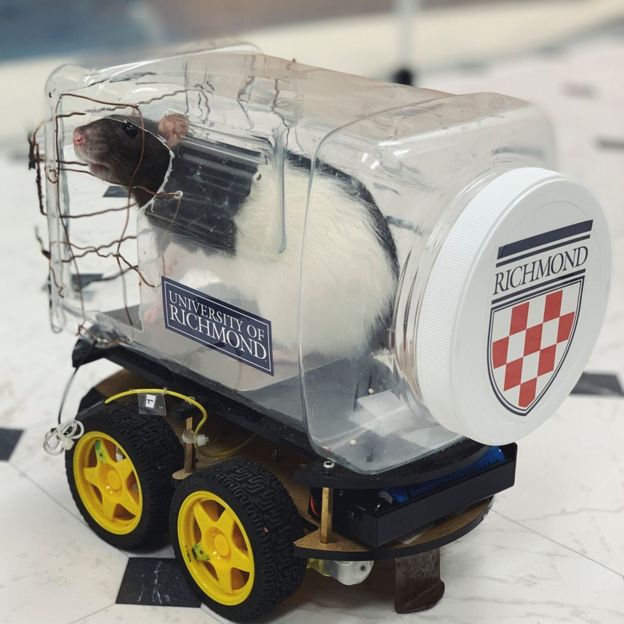 Unfortunately, being trainable is only one requirement for a beast of burden. You'll also need to breed rats who are used to being actively bossed around by humans, and you'll need the rats to be able to support the weight of a rider. Both of these things will require starting with genetically diverse rats and then selectively breeding those that have the traits you want. The average rat can be very aggressive towards small mammals and they might not be able to carry much weight.

Honestly, you'd probably be better off picking a different animal. A 13 cm tall humanoid would have an easier time training and riding a tiny dog rather than a rat. Remember that full-size humans can ride elephants, so an itty bitty pooch wouldn't be much of a challenge. Out of all the tiny dog breeds, you might be most interested in the Cavalier King Charles Spaniel, which the AKC describes as "the best of two worlds, combining the gentle attentiveness of a toy breed with the verve and athleticism of a sporting spaniel." 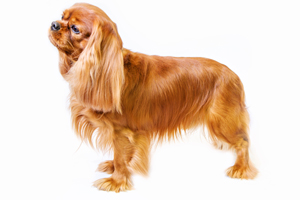 I would say it is very much possible to train domesticated rats as mounts, and as Andrew suggests in his answer it might even be possible to breed them to be able to carry the weight of a tiny human.

However the main reason I don't think it will work is a rats gait. They hop along rather than walk, as most rodents do. If you rode them it would be like riding a mechanical bull rather than a horse.

With most common mounted beasts, like horses, camels, even ostriches, the back stays fairly straight and stable. With some training you can adjust your body weight to go along with the motion and ride comfortably. Being jolted up in the air, and then slammed down to the back of your mount with every single leap would get exhausting quickly, and to be honest I'd sooner pick a hedgehog than a rat.

Not the answer you're looking for? Browse other questions tagged earth-like humanoid mounts or ask your own question.

7
How to make a saddle for a feline mount
2
Foot roads and separation of groups
3
Humanoids with breath weaponry — how would it impact their mating rites?
21
Under what conditions would humanoids evolve eyes in the backs of their heads?
4
Would a floating clavicle be useful in arboreal humanoids?
2
Calculating the weight of different sized humanoids
29
Would it be possible to mount a working minigun onto the saddle of a tyrannosaurid dinosaur?