How could six-limbed dragons launch like vampire bats and giant pterosaurs?

So, birds have a rather significant disadvantage, Tthey "jump" into the air, which requires beefy legs that become dead weight in flight.

Bats and giant pterosaurs circumvented this problem through "quad launch". Simply put, they use their wing muscles to "pole-vault" into the air, effectively cheesing through the most difficult part of flying.

My dragons are supposed to do something similar, but there are three things in the way:

How can I make quad launch work for a six-limbed, quadruped creature that stays closer to the ground and only towers over people in spirit? Demonstrative pictures/videos would be appreciated.

You might want to take a gander at Jabbing Wookiee from Tim Burton's Alice in Wonderland, piece of Sh#t that movie was.

Dragons have different wings to birds and bats. Their wings are attached near the front of their body. Birds and bats on the other hand have wings attached in the middle. That means the dragon needs less air to begin flying. 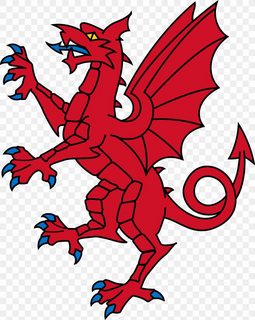 Then push with the back legs for a foot or two of air. Now the shoulders are maybe eight feet above the ground. That's enough to get started.

How about making the forelegs very long and thin, not strong but with spring like tendons? It creates another problem when figuring out how they tuck away in flight. But maybe it justifies how they take food to their mouths and such.

Not the answer you're looking for? Browse other questions tagged science-based dragons flight bio-mechanics .

1
Would these structural reinforcements improve dragon wings?
5
Can my heraldic dragons fly?
4
Where would padding inhibit a limb's movement the least in a quadruped creature?
9
How could dragons effectively use their wings as weapons in ground combat?
2
How could dragons use their forepaws as hands?
4
Is there any way to estimate the carrying capacity of large fliers?
4
Increased flexibility for dragons?
4
What's the scalability of this flying strategy?
6
Unique take-off strategies for six-limbed creatures?
2
Does this dragon martial art move make sense?