I'm wondering what adaptions would be needed for an air-breathing, land-worthy homonid to be able to do deep-sea diving of at least 3,000 feet deep and for at least one hour. What changes need to be made to its physiology to make it deep-dive friendly?

I still want to keep the rough overall shape of a human, and still be able to function somewhat on land (in a perfectly Earthly environment) as well as underwater. I imagine long webbed hands feet and a lack of body hair would be the first things to change. What else is there? Air-filled spaces like lungs and sinuses buckle without diving gear, but this species would've found an approach around that. Maybe it has traits similar to dolphins and whales?

I'm trying to come up with a species of goblin that's designed to work as deep-sea soldiers. I know, it sounds crazy, but I need it.

Funny enough, your humanoid matches very similarly the weddell seal's capabilities. Being able to dive up to 2000 feet and hold their breath for about 45 minutes, these seals use their great vision underwater and sensitive whiskers to locate the fish which they feed on. Additionally, unlike whales, seals are more or less still somewhat capable of coming to land, so we also have that going for your humanoid.

Before we go on, the necessary warning: humanoid shape is not a good shape for swimming, and considering deep diving with long periods of holding your breath, having a shape that hinders swimming will reduce the time you can spend underwater at best and cause death by suffocation if you try to remain the same periods at worse. Non-streamlined body = more resistance from the water = more energy spent to swim = higher levels of oxygen required for moving. Your goblin-soldiers, assuming a predominantly aquatic lifestyle, will most likely follow a similar path to all known cases of animals(reptiles, birds and mammals) which went back to the water: loosing potentially grasping limbs in favor of having fins and relying mostly on their mouths to do basically everything related to hunting and holding. Hope seal-shaped is humanoid enough, unless you're fine with having more issues catching food underwater and having to come up for air more quickly. The only way I see them being able to act more or less like a soldier is by adding retractable tentacles/limbs, meant solely for using tools/handling food they've already caught and remaining tucked withing the body when not in use, as to ensure a more streamlined, energy-efficient shape.

Now for the actual adaptations: the main problem with mammals (or any animal that once lived on land) when going for a deep dive is the fact that we use air. Our ear cavities and lungs are usually filled with air instead of water. That means that adaptations that prevent this involve strengthening these regions so that they don't burst under the pressure or damage nearby tissues. A recurring strategy that apparently is used both by whales and these seals involve exhaling and allowing their lungs to collapse, reducing buoyancy and solving the air issue somewhat. Another issue related to gases is the compression of nitrogen, increasing the amount of this gas dissolved in tissues and in the blood (also experienced by divers), which isn't too much of a problem, until you try to surface too quickly, causing this gas to decompress and form bubbles inside your body, which can be fatal. It's also speculated that the collapsing of the lungs done by whales also help mitigating this issue.

The second and third problems: heat (or lack of) and oxygen. Deep into the abyss is dark and cold, and not being a fish, you'll need a metabolism that can perform well in conditions of hypoxia (very little oxygen available.) in the case of the weddell seal, we see adaptations that allow them to have the oxygen consumption equivalent to 1.5 times their resting state. Your goblin will need to have adaptations like whales, who can store large amounts of oxygen in their muscles and blood, rather than in the lungs (the side effect of this in whales is blood and muscles that can look a deep red, almost black color). Other strategies already employed by deep diving mammals include reducing the heart rate and reducing blood flow to less vital parts of the body during these dives. In addition, your sea goblins will also need a good layer of fat protecting their bodies from the extreme cold of abyssal waters (in here its also advantageous due to the fat helping them to withstand blows, so a natural protection for your underwater soldiers).

So summing up, your goblins will need several adaptations to be able to have such a lifestyle,from their oxygen storage mechanisms to their ability to function with low oxygen to their ability to deal it extreme cold and pressures. Their lifestyle will require a streamlined shape, as it's the best way to facilitate swimming and reduce the amount of oxygen necessary for functioning, so the closest you'll have from functional grasping limbs in an aquatic, deep diving creature requires limbs that can be tucked into the body, something that can be seen in a way in beaked whales, the owners of the deep diving animal record, reaching depths of over 6000 feet and holding their breath for over 2 hours, which possess flipper pockets to tuck their flippers inside, thus becoming more torpedo-shaped and energy-efficient. The closest I can see for them to be hydrodynamic while also being able to come to land is by being shaped like an alien seal with retractable tentacles (I recommend tentacles rather than extrab limbs because they're 1-pure muscle and very flexible and 2-soft and non hindered by bones, thus likely being easier to store withing the body). They won't be the best runners once they leave the water, but if they make use of their superficiall cuddly, sluggish appearance to draw their enemies closer to water, grabbing them with their 2-4 (I don't recommend more than that) tentacles and quickly dragging them to the depths. If the soldier escapes before they drown, freeze or burst, I can assure you they won't go far. The fat layer they'll need to withstand the cold will also aid them in withstanding blows and potentially aiding with cutting weapons and (if bears are anything to go by) even potentially some weaker firearms. 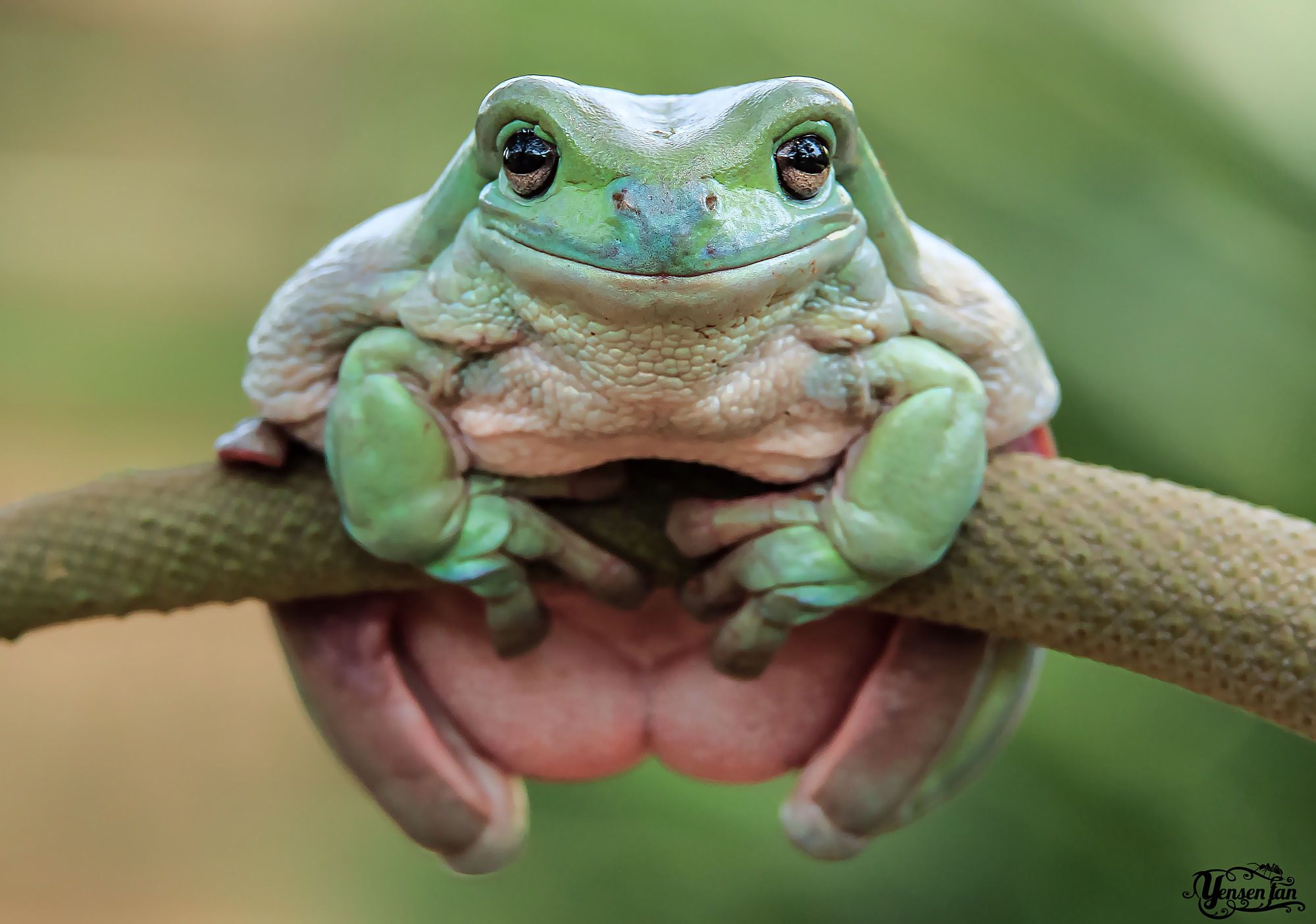 ProjectApex has pointed out all the secondary problems that come with an air-breathing creature diving to deep depths. You can overcome some of these by not breathing air. I propose your goblinoids are amphibious $-$ they have no problem breathing underwater but must remain damp to not suffocate in air.

That means they do not need to be 100% efficient swimmers. They have long webbed back legs for swimming and shorter front legs for grasping. They are much faster than a human, but cannot chase fish like a seal or flee from sharks.

Their main source of food is clams and sea urchins from the seabed. For sharks, they dive in big groups, with spears and tridents to dissuade the sharks. When they hit the bottom they spread out.

I should point out one big obstacle is salt water. There are only a few amphibians that can breath saltwater without getting poisoned. I don't know if this is a big issue, though, since amphibians originally came from the sea. Presumably they could re-evolve that ability.

They'd probably look a lot like King Shark from The Flash. Water is much denser than air, so the body shape will affect fighting in water much more than fighting in the air.

Stuff like fins won't really hinder fighting in the air that much, but will make it much easier to stay on course underwater.

Deep diving with lungs will always be dangerous. You've got a giant air pouch in the center of your body, that's a problem for deep divers. The bends, where your blood becomes supersaturated with gas would be one problem. Having your organs re-arranged (Somewhat gory mythbuster video) by the pressure difference would be another. 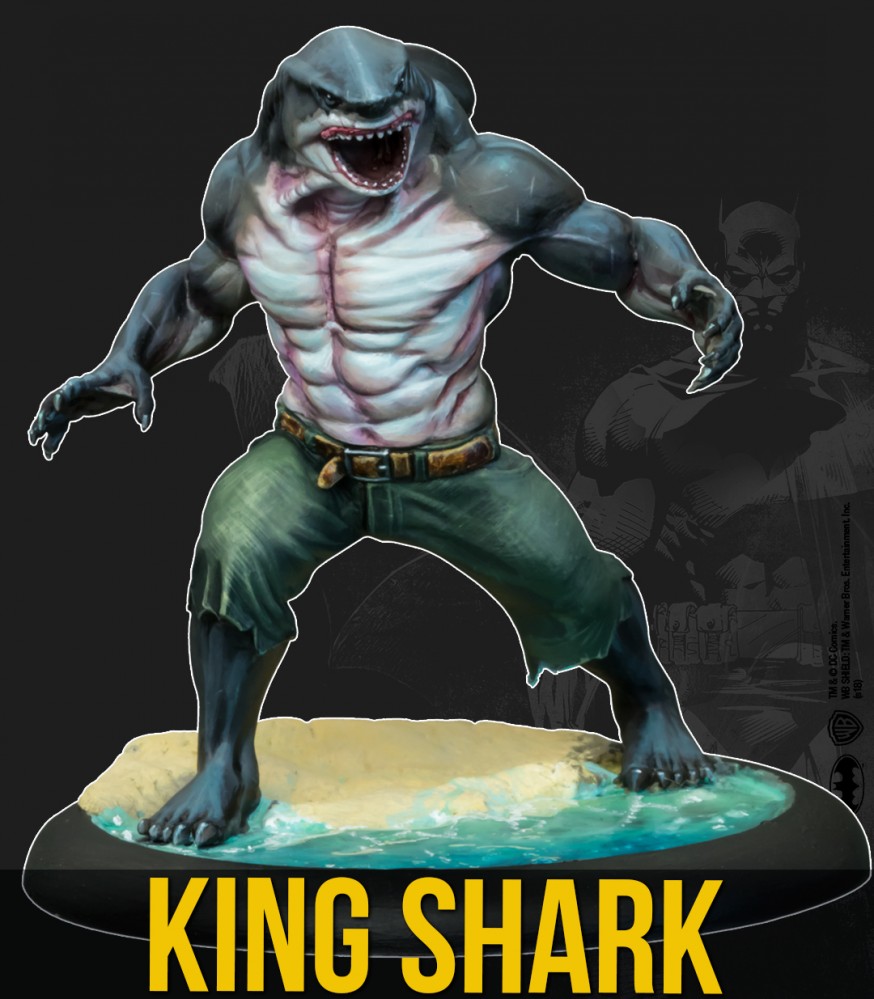 Not the answer you're looking for? Browse other questions tagged xenobiology humanoid underwater or ask your own question.

5
What adaptations would an aquatic humanoid species need to develop sonar?
24
What is plausible biology of ocean-dwelling, tool-using, intelligent creatures?
10
What would merfolk economies look like?
6
How would height be affected in an exoskeleton-based humanoid?
3
Would an deep sea lava river be feasible?
23
How to make "humans" that can hold their breath for a long time?