I would like for a scenario where some people are on a life filled planet orbiting a yellow dwarf sun. They look up at the starry sky during the night, but unbeknownst to them these aren't actually stars, just some sort of strange phenomena that gives the illusion of twinkling stars at night, and that space is actually empty of real stars.

How can this phenomenon occur consistently every night?

Edit: I'd like for the phenomenon to specifically occur on the planet/originate from the planet.

They are looking at the satellites which their forebears left in orbit prior to the collapse of their high-tech civilization. The ancestors knew the true nature of the lights in the sky but after several generations divided from proper education, the current generation just assumes that they are real stars.

As for the twinkling, perhaps the fall of their ancestors civilization left the upper atmosphere salted with highly reflective materials which sometimes block, sometimes disperse and sometimes focus the light from the satellites above.

They are inside a Dyson sphere. 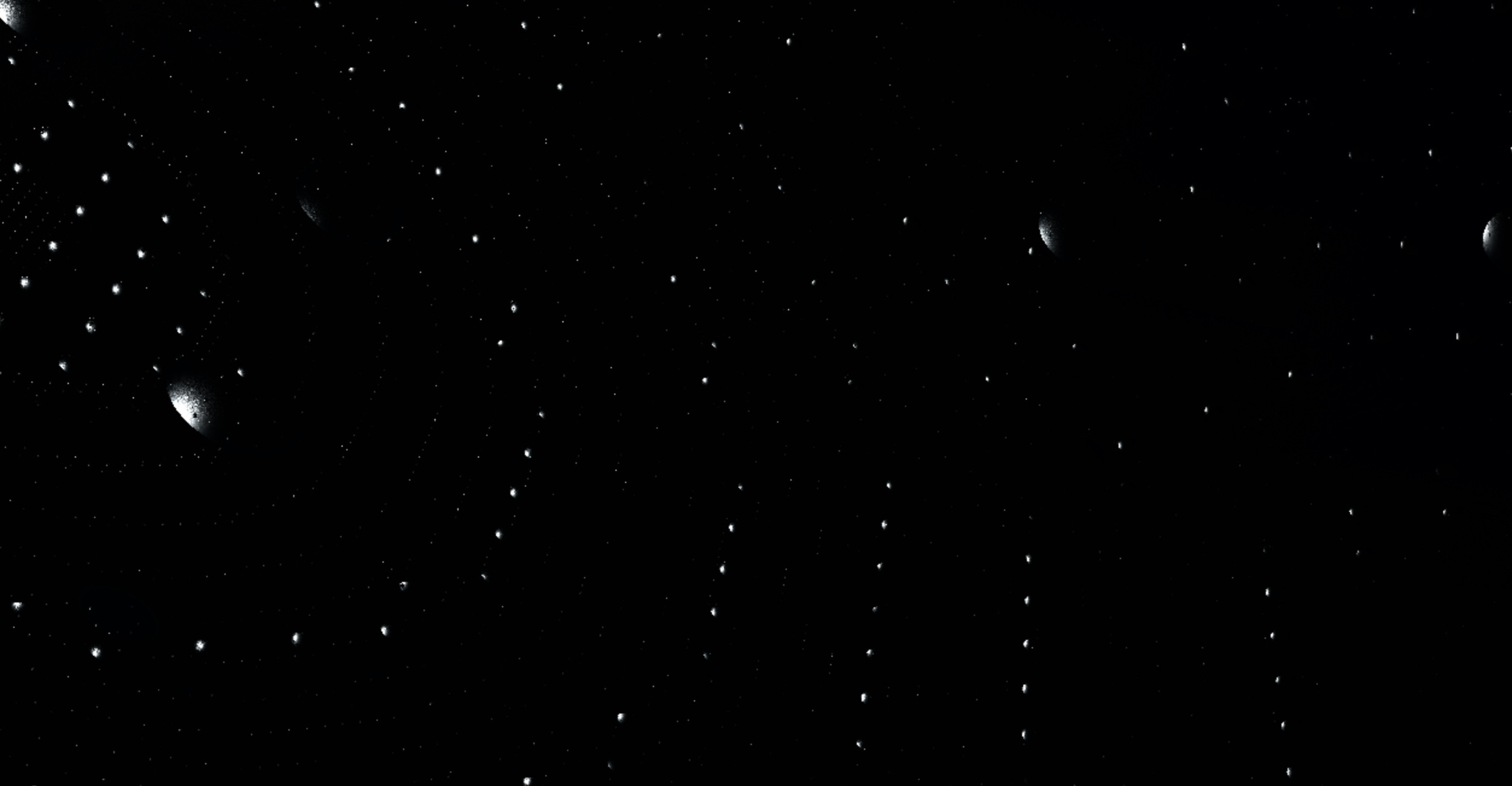 A Dyson sphere is a megastructure which completely encompasses a star. Your planet is within such a structure, along with its star. They are looking at the inside of the sphere.

Why is there a sphere around their sun and their planet? Maybe it is to protect these lonely survivors from whatever event rendered the rest of space empty of stars.

Thinking somewhat outside the box here...

They are real stars

In the distant past, a cataclysmic event happened on a universal scale ("a collision with another universe" or some other appropriate sci-fi explanation), obliterating all matter in the universe. The sole exception is a single solar system where an technologically advanced but long-forgotten civilization managed to shield their planet and sun from the effects.

All other matter in the universe is gone, but the light that the stars once emitted are still travelling across the empty void, retaining the illusion of a vast universe with countless stars. Only over the course of centuries and millennia would one slowly discover that more and more stars are disappearing.

Furthermore, only with sufficiently advanced technology and enough reliable historical data would a civilization be able to measure the distance to the stars and realize, to its absolute horror, that the exact time when a star disappears is linearly proportional to its distance from the solar system, strongly suggesting that all other stars may have disappeared too (but the absence of their light simply hasn't reached them yet) and that they may truly be absolutely alone in an endless empty void.

Our own world is surrounded by over 2000 satellites but most are so small you cannot see them with your naked eye. Habitats on the other hand would be large enough to see from the ground. The habitats would also twinkle because they rotate to maintain artificial gravity. Their light would mostly be the sun reflecting off of them much like the moon does, but they could use a series of reflector dishes to shine sun light on them even in the planet's shadow so that they can get 24/7 sunlight to power thier solar arrays. This way they never become eclipsed by the planet.

Your world could have once been home to a near future level civilization that experienced a nuclear war or something similar. Some people fled into underground bunkers to survive while others went into space. After a few hundred years, your underground people came back above ground to see a star lite sky while your space people decided to stay in space.

OPTION B: Use a celestial wheel

Another option is that your planet is tidally locked and very close to the star making it uninhabitable. So, eons ago, a space faring race came along and installed a firmament like mega-structure that rotates around the world to give it a day-night system. During the day you have 1 large hole that passes over the the world giving you an apparently normal day cycle, then at night your other side is exposed to the nearby sun letting just small pinholes of light through giving the appearance of stars.

This would more closely resemble stars I think because you would get your sidereal rotation, but it only works if you are in the right place on the planet. As you move away from the world's "center" the sky would become darker until you get to the backside which would be shrouded by eternal darkness & arctic coldness.

Millions of them take to the heavens at night to escape depredation by the dreaded nocturnal Beelze Bugs.

They rise to a height where there are constant prevailing winds. These carry them along at a speed that seems to suggest orbit. They occupy a belt all around the planet.

The locals have nothing to compare them with so they are a mysterious phenomenon. They don't know that 'normal' stars have a constant pattern.

They are distant galaxies seen from a rogue star drifting through intergalactic space after being ejected from the galaxy in which it formed.

The star is not within any galaxy, so they do not see any real stars nearby. The “stars” are satellites that were placed by the civilization for the same purposes as our satellites.

11
What would make the moon flicker?
15
Orbiting one star in a binary system: what are the effects of the second star on the planet?
18
How can I safely brighten my secondary star?
113
What would make scientists realize they were on a flat world?
31
Would life on the edge of the Sagittarius Dwarf Spheroidal Galaxy see the whole Milky Way in the night sky?
10
Sun with low emissivity?
5
Sun-like sky objects in a flat world?
4
In This Picture, How Far Can One Binary Orbit the Other?