Adaptating computers to creatures with 4 fingers

What would be the ideal layout for a 4-fingered usage of a keyboard? I thought about making keyboards square and and have less keys.

Here is the alphabet : 28 characters total. The alphabet is supposed to link letters.

The species are a kind of anthropomorphic dragons, but their script has remained the same. Although they have 4 "fingers" thet could use their palms to enble CAPS LOCK. They also speak other languages (like english as they coexist wiht humans), but ther is no need fo caps lock in their one. 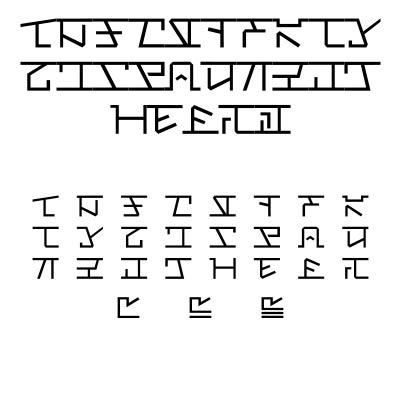 Keyboard layout is a function of the alphabet, or more precisely, the characters used to represent language. That is going to be a major part of your design.

For example, Chinese has lots of characters that can make up the written language and is somewhat pictographic (as I understand anyway). Russian and English have much more phonetic alphabets with a lot fewer symbols. Multiple characters are lined up to form the phonetic equivalent of words. It is ultimately the language that determines how we write and therefore, how we type (generally speaking).

The number of fingers is going to maybe add afterthoughts. If the written component of the language has the concept of capital letters, then maybe the shift key locks down and then you press the letter you need, instead of our standard of holding the shift key and pressing the letter at the same time. That's about the only thing I can think of.

For starters, your people might use a base 8 number system instead of base 10. From Wikipedia: "Most people think that we most often use base 10 because we have 10 fingers." You'd be better suited starting with what language your people use and then let the keyboard design follow from that. As the comments indicate, the QWERTY keyboard layout is not optimized for people with ten fingers.

If you still want to come up with something fun and different, you could base your design on the ErgoDox. The split design fits what you describe in your question. 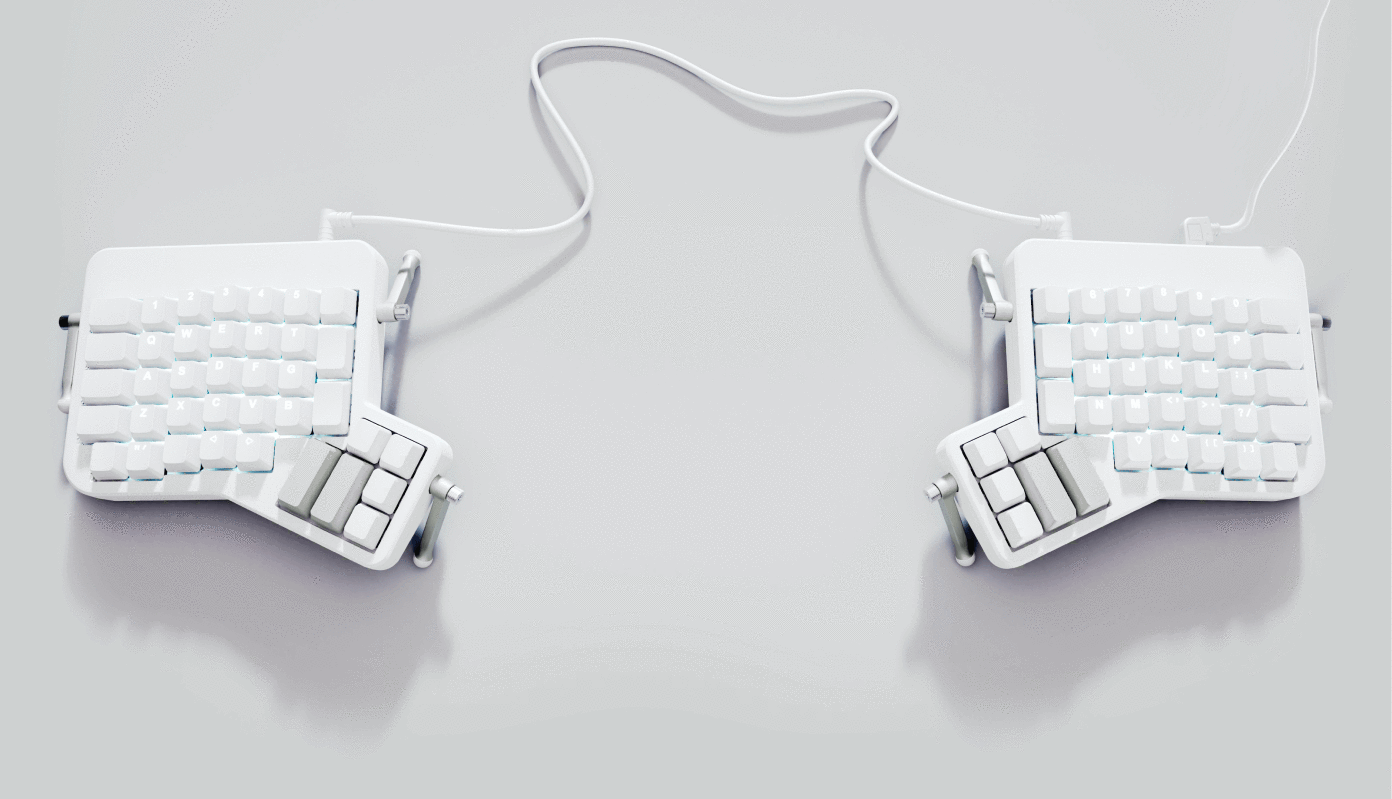 What matters is not just the number of fingers, but how easily they can move their fingers and in what directions. And which fingers are stronger and which are weaker.

If moving fingers left and right is hard but they can readily move forward and back, then make it just 8 columns wide but have as many rows as you need.

If they have very limited movement of their fingers in either direction, maybe the keyboard has to be divided into 2 "banks". Have an upper bank of, say, 8 columns and 3 rows, and similarly a lower bank. To switch between banks they have to move their hands up or down rather than just moving fingers.

Other option: Have shift keys or other multi-key combinations. Lets suppose they can only easily handle 8 columns by 3 rows = 24 keys. Assuming they need more than 24 characters, make one or more of those keys shift keys, and you need to use shifts to get to the less common letters. Life if they are trying to type English, maybe make "Z" be "shift-S" and "W" be "shift-V". I mean a different shift from the capital letter shift, just something to get you to an alternate set of keys.

The other obvious possibility is that they don't "touch type". The keyboard is too big for them to put their hands in one position and reach any key, so they just hunt and peck all the time, like human beings who never learned to type.

Not the answer you're looking for? Browse other questions tagged anatomy computers .

10
Can people upload their consciousnesses to computers?
4
What fields of computer science would change in a world with mechanical computers?
4
Arachnid fingers
3
How would digitigrade fingers work?
3
Tentacle fingers