I am currently creating a society for a short CG film. My main character is a young a,thropomorphic dragon living in the same standards as humans (as you can see on the image). I would have wanted to upload a larger image but >2MB limit. 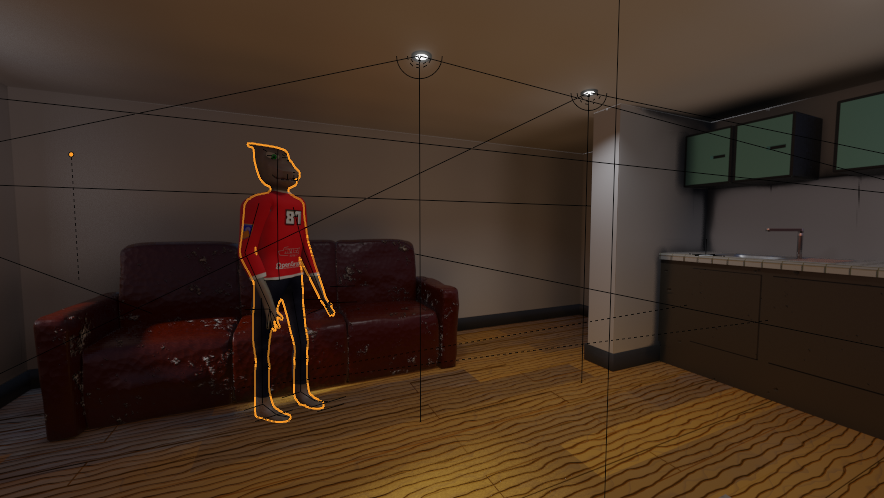 As the society is contemporary, laws have been written to make everyone coexist. However, some differences wtill exist and my main character will attempt to start a political campaign to calm society.

Humans and dragons are sometimes rude to each other, as one species has scales rather than skin, and some jobs are hardly accessbile to dragons as they have only 4 fingers, but achieve the same precisoin as humans in a wide variety of domains.

However, the most important problem of this society is related to fire. Dragons can still spit fire as their ancestors, but in waaay smaller quantities than before, as their size has diminished over time. Fire also demand a great physical effort from them. Due to this ability, humans and them have created a law saying that fire can only be used in life-death situations ( E.G. you can't turn the barbecue on in a cool way), and can never be considered as self-defence.

Some people (dragons at 95%), but less than 2 or 3% of the population want to contest this law, saying hat the restritction of fire use is another loss of rights.

Would this law be able to survive?

What is the population distribution between humans and dragons? 50-50?

Are there tensions and animosity between humans and dragons? Is one race richer and higher status than the other on average?

Is this a 21st century style western democracy? What is the repress of dragons in the government?

Do the two races live evenly mixed everywhere or are they geographically separated to a significant extent?

Why are the dragons adamant about being allowed to breathe fire? Is it a physical or psychological need, or is it tied to important draconian cultural practices?

On that note: Do humans and dragons share a culture or do they have each their own culture, religion and the like?

Not the answer you're looking for? Browse other questions tagged society law fire races inequality .

52
Dragons and aviation bureaucracy
8
Dragons and aviation bureaucracy, the sequel: Dragons on Instruments!
10
How do old people sustain themselves?
31
Humans can now fly. What new laws are created?
5
Why would my advanced Dragon society forbid their young adults to engage in sexual activities
9
Most likely source of conflict between humans and werewolves?
4
Would crossbreeding between humans and trolls always be taboo?