Usefulness of shields in future wars

I like the image of heavily armored troops fighting wars. I understand that body armor is very cumbersome, and does not totally protect from damage.
So what about shields?
Imagine we had access to a supermaterial, which is reasonably lightweight to be carried by a soldier, and protective enough to stop bullets (although of course no tank fire, explosions, armor piercing ammunition etc)
Would such a technology even be used?

So what do you think, could shields ever become military equipment again, or are they not useful without formations (which make you vulnerable to explosions), and against enemies with access to bombs, snipers, jets, etc.

Would they become standard equipment, or would they only be used by certain troops in special environments (close-quarter fighting, little cover, etc)?

Personal Protection is becoming less required for a Military, but could be useful for Police

I cannot see shields becoming useful for militaries. Warfare is increasingly becoming asymmetric, and indeed even in large 'conventional' military conflicts most action would occur at a distance, rather than in close quarters.

So for Asymmetric Warfare, we get:

However there is one possibility, and that is for policing. This is where you want to take a defensive stance against a relatively unarmed disorganised force (for instance, riot control, football hooligans, or drunken crowds) where some element of protection is desirable at the same time as 'wanting to be seen'. A show of force to the public is where shields are useful.

It's 2020, soldiers almost never meet face to face with the people they murder

Armor is not cumbersome...it's not like carrying another person piggyback.

Soldiers today already carry 40% of their weight on back packs and bullets and they are able to run, swim and climb with it....because they are active people an not nerds.

A level 4 plate armor is enough stop most weapons except anti-tank weapons and explosives, and a level 4 armor is really light. Plus we also have bullet proof clothing....normal clothing like hoodies which can stop bullets. Bulletproof hoodie

Also shields are already used in the military. 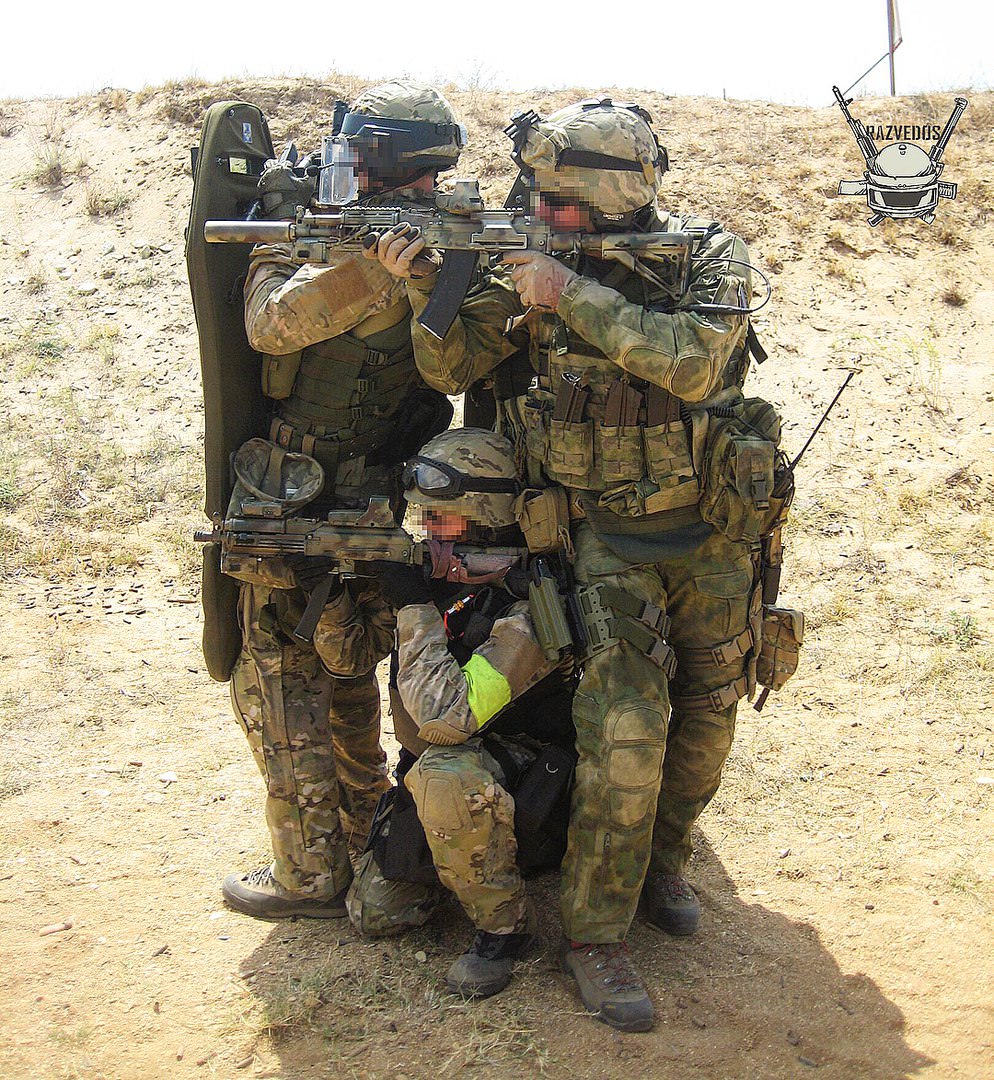 But it doesn't work like games with RPG classes....soldiers don't pick a class and say "uh I'm gonna use a shield cause it looks cool"

Soldiers use the needed equipment for specific situations, most soldiers don't go into close melee fights, most of them fight at distances and have to worry about landmines, child bombers blowing themselves up and snipers more than they have to worry about random close range bullets.

But if soldiers are sent into a mission where melee is expected, then you will see a few of them carrying shields.

Shields and armors never became useless, they just became situation specific. Are you really gonna carry a shield with you when trying to disarm landmines? Or when trying to defend from a sniper which could shoot you from any direction?

So what do you think, could shields ever become military equipment again, or are they not useful without formations (which make you vulnerable to explosions), and against enemies with access to bombs, snipers, jets etc.

I think if the shield is so great, and so light, the material would be used in the body amour. Modern ballistic shields are heavy so are not used as full body armor, and get used in limited circumstances. Your material would need to strike some middle ground or being light enough to be common place; but not so light to be attached to body armor.

I was thinking why didn't this apply in ancient Rome? And I think it was to do with ease of manufacturing shields over body armor. This is less of a problem for modern armies with a modern industry that can mass produce complex body armor.

As cool as shields are, I think the tec would be put onto body armor. :(

On the other hand, police officers are hard to replace, and not considered expendable. The salaries paid to them far exceed the pay of a foot soldier, by sometimes a factor of four or more.

So is it any wonder that SWAT team members in many jurisdictions are protected with equipment, body armor, and shields that far exceed the standard military issue protection?

Soldiers, if they are lucky, get a flak jacket and maybe a good helmet. Riot police get full body armor, face shields, helmets that protect the neck, and bullet-proof shields.

So really, the question should not be 'what would be best for soldiers?' but 'Why are foot soldiers not given anywhere near the equivalent protection that SWAT and riot police are offered?'

Maybe if soldiers had unions and associations as powerful as police employee organizations are, they would be issued much better standard equipment.

As others said, if you have a material that is light and strong, it will be just used as armor.

This is inevitable, unless you change the strong part - imagine material that is very bulky (some kind of thick foam).

Creating an armor would not be practical, yet having this as a light foamy shield might be plausible.

It can have some properties that give it a major advantage - self healing after shot, stopping armor piercing bullets (it does not resist it the same way, more like friction over longer distance).

Since it is a foamy like thing, maybe have soldiers carry it in spray form.

Soldiers then could deploy these as walls or carry them in front of them, or carry them like roman soldiers to escape unharmed. One issue I can see is that regular cars can be covered easily with them creating a bulletproof vehicle, but that can be a fun thing to theorize about.

The weak point of the shield is the human holding it. (That's generally true of mechanical systems nowadays.) No matter how tough or durable a shield is, the plain fact is that if it's rigid, when it's hit all that force is going to transfer straight into the soldier's arm and break bones or dislocate joints. You can get some benefit out of making a shield of compressible or breakable material, similar to what's used in bike helmets and other safety gear (and in fact the physics is exactly the same) but barring a breakthrough on that front, it will only provide a marginal increase in effectiveness, and it will mean that your protection rapidly degrades under fire.

From this perspective, body armor has a lot of advantages over a shield - the impact can be dispersed over a broader area (which is the mode of action of bulletproof vests) and can be directed into more durable parts of the body - the ribcage instead of fragile joints, for instance. Weight is more easily carried, it doesn't get wedged in doorways or dropped or thrown out of position by explosions. Body armor would be a more natural place to use improved materials rather than shields.

There is one situation where shields have a clear advantage, which is non-kinetic weapons. If you're under attack with, say, firebombs or something caustic, absorbing the impact is secondary to keeping that stuff well away from you. However, that would be rare to find in full-scale warfare and more the domain of riot control and police actions.

The problem with the shields you mention are that they have too many weaknesses. They might work initially, but any enemy worth fighting will quickly adapt.

They don't stop AP rounds, so the enemy will simply adapt by mixing in snipers with slow-firing, high-caliber AP weapons. Aim for the center of the shield, and the poor guy carrying the shield is going to have a bad time.

Large-scale deployment of shields would also encourage the enemy to use "noob tubes" (deploy more launcher-type weapons to counter the shields). A Roman-style "shield tortoise" formation would quickly become a self-defeating tactic since a single rocket will wipe out the whole thing.

And maybe something no one thought about: Shields are extremely poor against vehicular attacks. A shield formation won't even stop a technical (militarized pickup truck). Better to drop the shield and dodge out of the way.

One day a Secret Service agent was running in front of a president in order to take a bullet, when a light bulb went off in his head: what if there was a self-propelled shield that could do this job? True, he died after that, but eventually someone else at the agency had the same idea.

The Shield works by firing a beam of electrons at a nearby object or person (not its user though) which pulls the now positively charged shield toward it. Just so, it can move itself around very rapidly without touching anything. It also has some flagellae that elongate and rotate rapidly to stabilize themselves with computer assistance, to press off floors and walls, for use in delicate situations where every civilian life matters. With AI prediction of the lines of sight of each gun and RPG in the neighborhood, it can guarantee greater than 40% survivability to any VIP. Provided two shooters don't fire in harmony, that is. Now that is a shield worth buying! (Only $15 billion in last year's budget package)

Not the answer you're looking for? Browse other questions tagged science-based technology warfare weapons .

12
Space weaponry?
4
Anti-Dragon armor, shields and melee weapons
78
What (modern) weapons could be used to destroy skeletal enemies as completely as possible?
3
How big should I make my space fleets?
2
In this universe with these technologies would HUMAN infantry still be useful for the military?
20
How to prevent guerrilla warfare from existing
8
Dedicated castle assault unit
21
What kind of weapon would be most useful for a fantasy civilization of blind creatures?