I'm searching for a reasonable timeframe in which a king or courtier of a semi-distant land would be able to receive an extremely urgent message. The world itself is completely different but lets suppose we are trying to make the trip from approximately mainland Denmark to London, England, (but supposing that infrastructure is mostly usable and intact). I will attach a sketch of the actual map, but this comparison is for the sake of scale. (Within the map, our starting location for the messenger is the capital of the southeastern purple kingdom, and the destination is the east coast of the lime green island that is cut off by the bottom margin of the photo). Let's operate under the assumption that we are working with conventional methods of transport available to high medieval civilization (Such as carvels).

Which route would be the fastest realistically? Taking a ship straight from the starting point to the destination, or travelling by road to the port on the southeast of the continent and taking a ship from there. This continent has very powerful easterly currents and winds on the south side, which turn into northerly currents on the east side, and as such vessels sent from the capital would be heavily hampered.

Would there be any other, more efficient method? I'd guess that the only other real method is courier birds, however I imagine that they are not particularly adept at crossing open ocean.

If this is the best method, what range of timeframes would be realistic for the arrival of an extremely urgent message, which is being relayed by multiple different people? (So we can suppose that if our messenger is shipwrecked, someone else will arrive within a similar expected time. 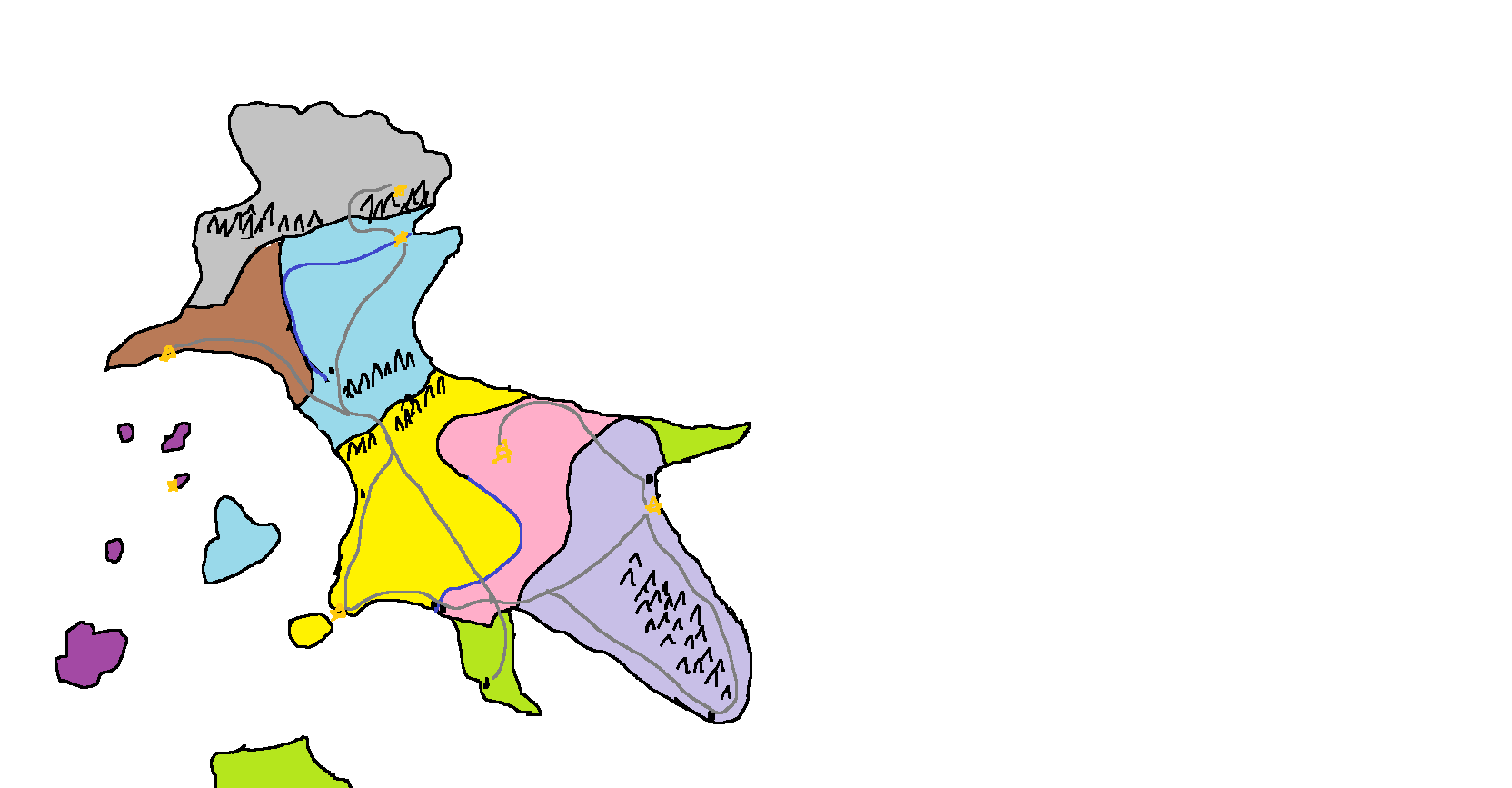 Here is an equivalent time frame for the Pony Express, in America.

Operated by Central Overland California and Pikes Peak Express Company, the Pony Express was a great financial investment to the U.S. During its 18 months of operation, it reduced the time for messages to travel between the Atlantic and Pacific coasts to about 10 days.

So if your world has horses, and the ability to establish transfer stations with fresh horses and riders, so the message can be passed from horse team to horse team, this gives a good baseline for the maximum time by land for an established routine message delivery system.

Since your trip seems to be about 500 miles, then interpolated it would seem to be able to be done by land in under three days, perhaps two days and a bit.

As for the sea leg,

So how far is it from that yellow island in the lower left to the coast of the lime green nation?

Signal towers. in the classical period, such a network did exist in Greece and Ancient Rome. i heard it said in a YouTube video i watched, that a message could be sent across the whole of the Roman empire in little over an hour by this series of towers.

and the time of the Mongol invasion of China, signal towers informed the emperor of China at the time that China had been invaded by the hordes of Genghis Khan.

Not the answer you're looking for? Browse other questions tagged medieval transportation .

10
Mass transit across the solar system
8
Preferred method of mass transit inside an arcology?
9
Could winged humanoids perch on public transit?
0
How could Giants sit in public transit?
4
Public Transit for Merfolk
24
How to safely derail a train during transit?
9
Algorithm or tool to design a worldwide subway transit map?
8
Euro-American Maglev Railway - Transit without stopping