In my culture we place a high value on self-sufficiency. This means that according to tradition at least one meal a year must be prepared from ingredients that have been grown at home. This is going to have some impact on the type of housing available in our culture as it will be impossible to sell something that doesn't provide the space to grow this single meal.

What's the minimum area that needs to be dedicated to reliably be able to produce a meal for a single person and/or a five person family at a specific point (this can be anytime, I'm not fussy) in the year? And what are we going to be eating? Local climate can be adjusted, so a solution that fits anywhere on earth is acceptable.

Meat is not a requirement, but equally it has to be a real meal not just whatever pea-pod currently looks biggest, or a single plain baked potato.

It takes 1300 square meters to feed a vegan for 365 days, it might take more than twice for meat eaters. So the vegan option is better if you want to save space.

For one single day, we get 3,5 square meters, a really small garden is enough to feed a human for one day for 3 meals. It gets down to less than 1.18 meters for one single meal.

But what about efficiency? Hydroponics and vertical farms exist, which means you could make the walls of a house to be a living garden. Or build an enormous garden on top of each persons roof. 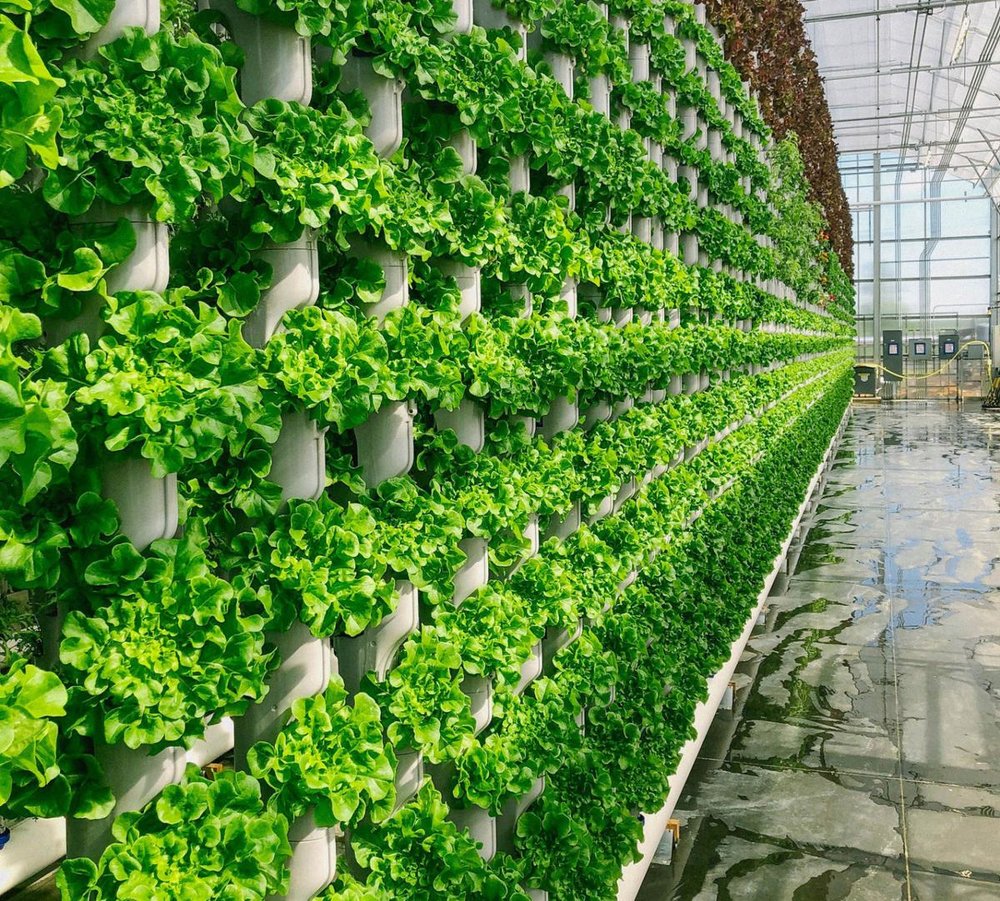 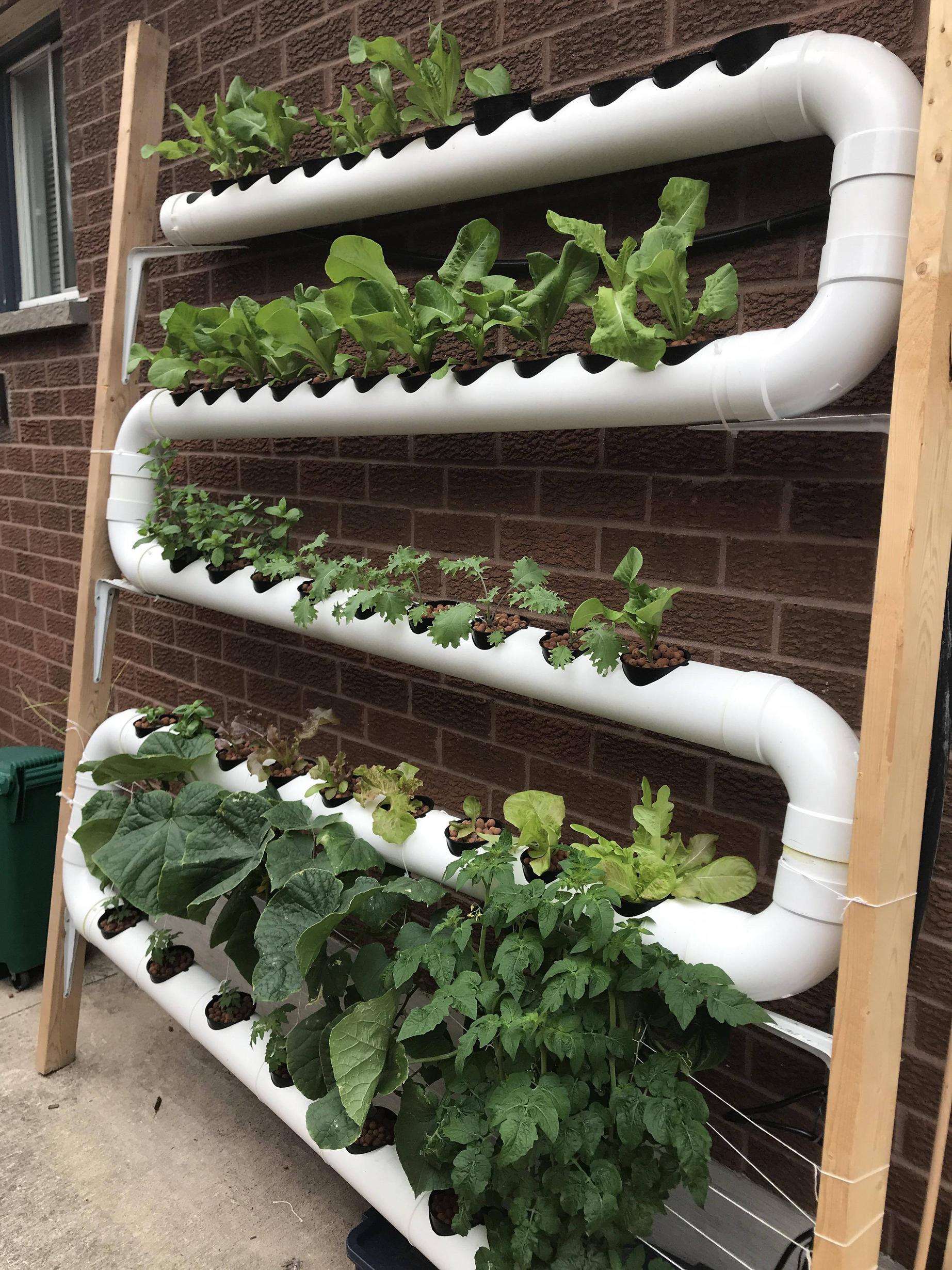 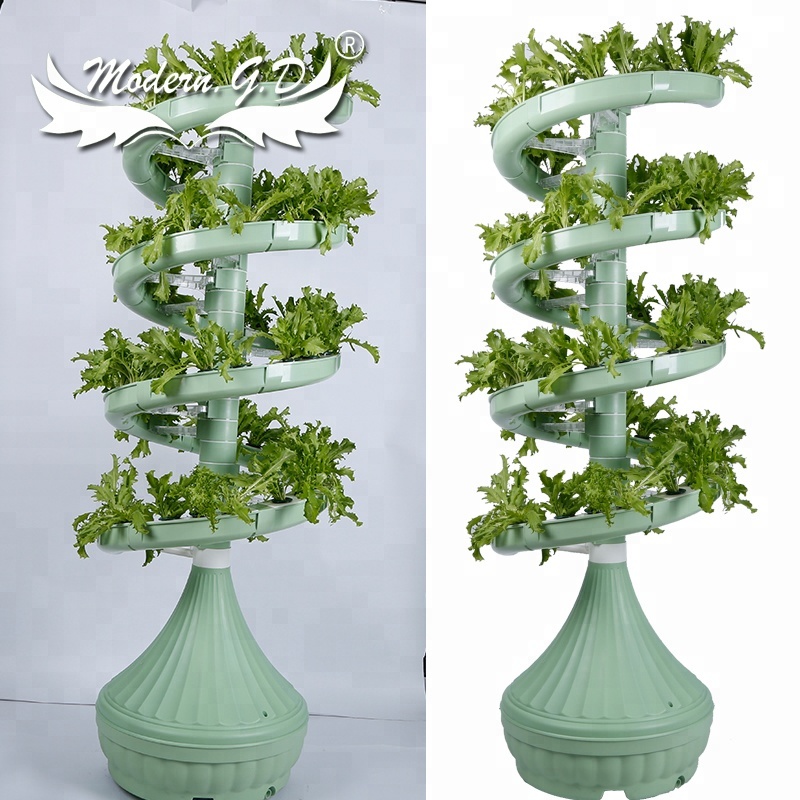 Vertical farms can yeld up to 20 times more crops per square meter, therefore a small sleeping room of 12 square meters might be enough to feed a person for 207 meals, roughly 69 days.

This is all approximation since different crops have different nutritional values, but if you wanted to be really efficient. I suggest soy.

Soy beans are the highest proteic food on the entire planet and rich in fat. 36% of soy is pure protein by weight, more than any meat and it's close to protein powders.

This is what a hydroponic vertical farm of soybeans looks like,and remember soy is objectively speaking the most nutrious food on the planet by sheer numbers alone

Together, protein and soybean oil content account for 56% of dry soybeans by weight (36% protein and 20% fat, table). The remainder consists of 30% carbohydrates, 9% water and 5% ash (table). Soybeans comprise approximately 8% seed coat or hull, 90% cotyledons and 2% hypocotyl axis or germ -source 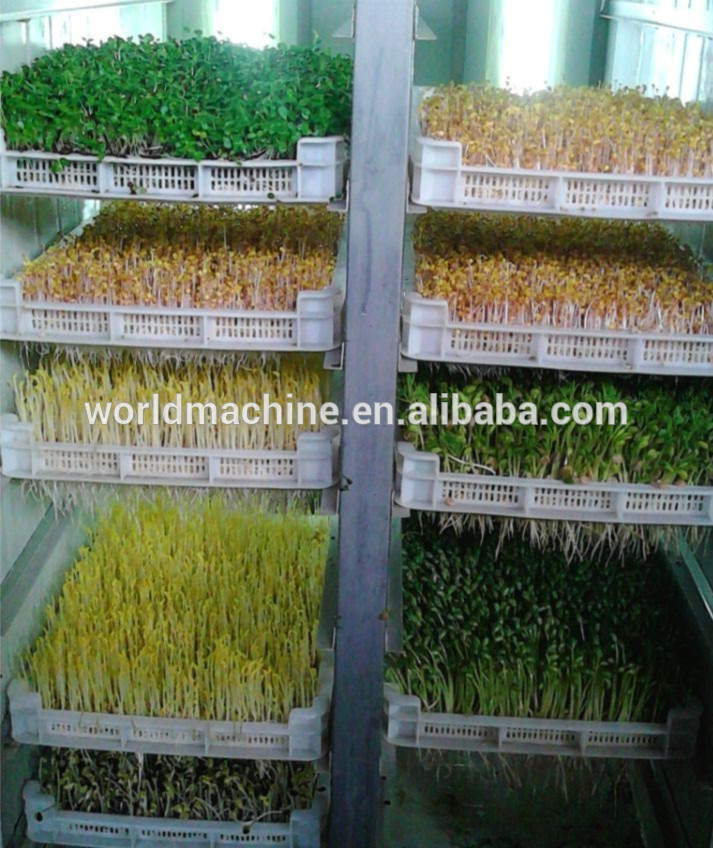 Soy can be cooked in many different ways.

Soy beans alone have been a staple food sources for many Asian cultures for millennia. 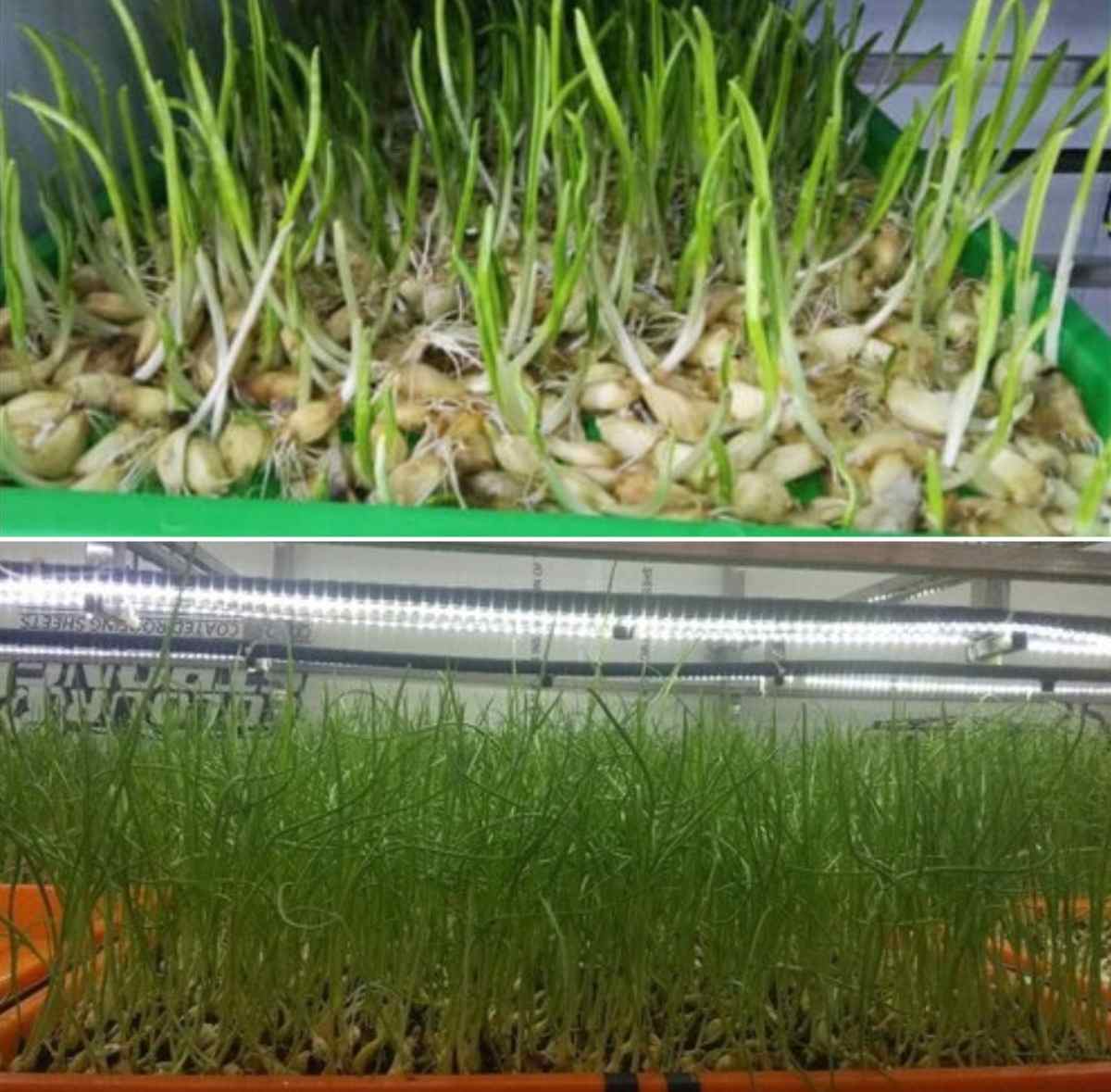 For a single meal option with diverse foods and spices, 1.18 square meter might still be enough.

If meat must be an obligatory option then the most economic choice both in therms of space and feed are insects,rats or small lizards as they are really small and can feed themselves by eating smaller organism or things like paper/clothes or hairs.

Filther feeding fish might be an option too, but they require some water source.

Does finding a small animal in your home and cooking it count as growing it?

It used to be common for most homes in rural or even suburban homes to have gardens. If you have never gardened, you might be surprised by the amount of food they can produce. Even in an urban setting, a couple of planters on a balcony or a portion of a roof top garden can easily produce food for several meals a year. Two zucchini plants can produce enough to feed an entire neighborhood. Ask anyone who has ever planted them how they managed to give them away. Potatoes, peas, beans, carrots, radishes, tomatoes, onions, pumpkin (takes some room), strawberries, all are easy to grow.

As for meat, many people today keep chickens. They do it of for the eggs, but once a hen stops laying, it either becomes a pet or Sunday dinner. You certainly don't want or need multiple roosters so they tend to become dinner much sooner then hens. While not common in many countries, some people raise rabbits or even Guinea pigs as food animals.

This depends on the exact definition of ingredients that have been grown at home. If you keep animals must you also grow the feed for them or can you buy it? If you are allowed buy the feed two possibilities are 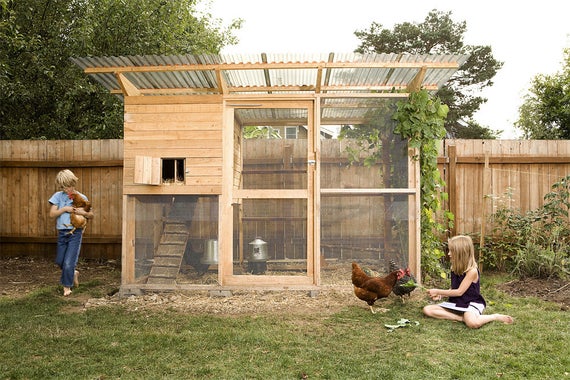 Your chicken coop does not need to be as nice as this one. Just fence off a few square metres of your garden. The chickens will provide eggs all year around. If you eat enough eggs at once it can be an entire meal. For an easier option just buy chicks or pullets a few weeks before the big day, feed them up, and slaughter them. 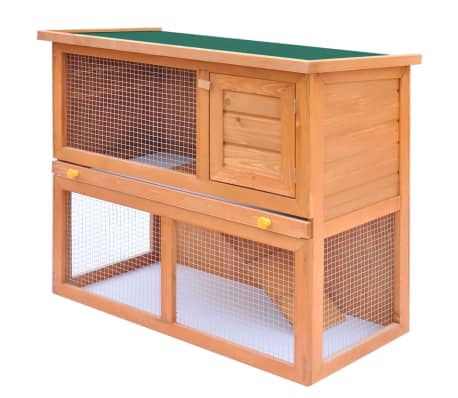 A rabbit hutch like this is small enough to go indoors if you don't mind the smell. Again buy baby rabbits a few weeks before the big day, feed them up, and then slaughter.

In fact, less than nothing. If people of this culture aren't picky eaters and can eat anything, they can turn house cockroaches into a nutritious meal. Normally, people may have to work hard to eradicate them - now they don't have to do it! When the time comes, they only have to catch as many of them as needed, and that's all.

Anything big enough for a bucket, you can grow most veges in a pot including quite large ones. Definitely pumpkin and potatoes but plenty of others. Examples

Nobody's mentioned mushrooms. They're handy because they can be grown in the dark, and in fact prefer it. You can get quite a lot of mushrooms from a small space: 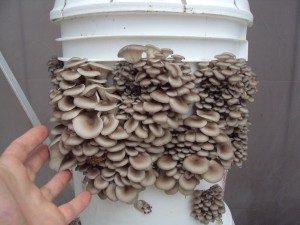 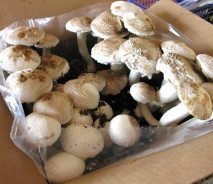 If you want something more exotic, there's the giant puffball (Calvatia gigantea). This monster grows to the size of a football usually, and in rare cases to as much as 90 centimetres across! According to Richard Mabey's Food for Free, it can be stuffed and roasted like a chicken, and tastes rather like one too. The snag is that nobody seems to have yet cracked how to cultivate the things, according to https://www.mushroom-appreciation.com/puffball-mushroom-identification.html . But if your society could master that, that'd be an impressive dish for a special occasion.

Of course, for the very reason that they are so undemanding, relying heavily on mushrooms and not much else might not be considered doing the thing properly, since the object is to commemorate being able to grow your own food. Rather like relying on ready-made things out of packets for Christmas dinner - it's Christmas dinner, but it doesn't have the same bragging rights. One can imagine a hard-up student in a small flat making their Whateverit'scalledmas dinner off nothing but fried mushrooms and windowsill lettuce, while people who have big gardens and take the whole thing seriously - or just want to show off - serve up omelettes, crusty bread or rabbit with three veg.

Don't forget about pudding. You sometimes see absurd little dwarf apple and pear trees advertised, that can be grown in a large tub and produce quite a few pounds of fruit. Or you can stick to smaller plants such as currants, raspberries or strawberries. (Some of these, such as strawberries, can be grown as trailing plants in hanging baskets, which may be useful if you're trying to fit a lot into a small or awkward space).

Not the answer you're looking for? Browse other questions tagged environment food .

2
Making a world as Agriculturally productive as possible

15
What would be required for a completely self sufficient 1 man habitat?
7
What factors need to be taken into consideration for a self-sufficient refugee camp
11
What would be the minimum percentage of water for a livable earth?
11
Can man live on ostrich eggs alone?
1
will there complication to the body especially the guts, if basically a single senzu bean make a person never need to eat for the rest of their life?
6
What is the minimum viable ecological pyramid a terrafoming project would introduce to world with no life to make it suitable for humans?