A long time ago, a group Wyverns split off becoming Drakes. now just like Wyverns these Drakes are quadrupeds but unlike Wyverns they are completely flightless with there wings being modified to better fit there large land predator niche. the question i want to know is what would bat like wings modified for ground life look like?

NOTE: Magic does not exist in my story

likely something between a common vampire bat's and a lesser short tailed bat's.

This will assume that your wyvern wings are structured exactly like a bat wing. The first thing we see regarding bats is that the majority of species have evolved for a lifestyle focused on flying, however, 2 species seem to be mostly what you're looking for: the common vampire bat and the lesser short tailed bat.

The common vampire bat (Desmodus rotundus), is a peculiar species due to its adaptations and lifestyle. Since they feed on blood and must approach their prey silently, they started re-evolving traits to allow them to move on land, like stronger legs, tightly folded wings to allow for locomotion on the ground and overall strong arms. Thanks to these adaptations, vampire bats are capable of nimbly moving through the ground, preforming fast takeoffs even on the ground, are good climbers and are the only species of bat known to be capable of running (they're also the only species whose ancestors re-evolved the ability to jump after loosing it) 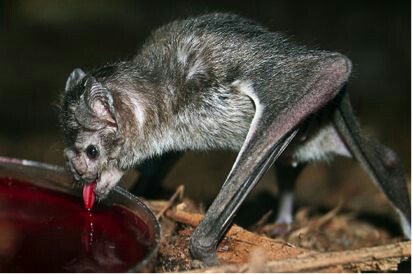 The lesser short tailed bat, much like it's blood-drinking cousin, is also a species that has adapted to a more landbound lifestyle, though to a greater degree, being the bat species that spends the most time on the ground. Much like the vampire bat, it developed strong lower legs and wings, as well as tightly folding its wing-fingers close to its body. They also have strong claws that aid in burrowing and digging, as well as a smaller propatagium (the membrane in the front elbow joint region) than the vampire bat, aiding in its movement. 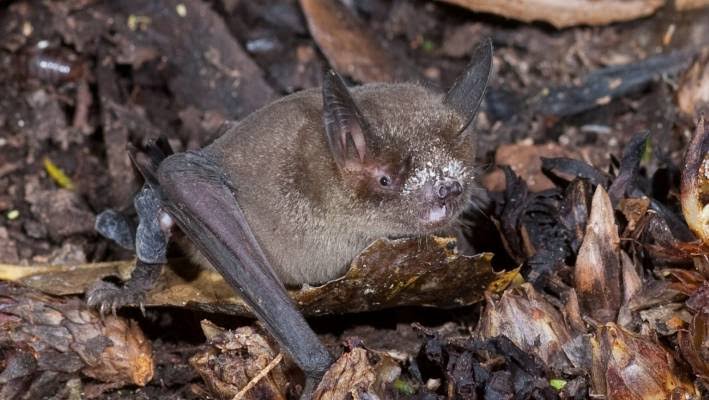 So overall, your wyvern will likely have similar traits to these 2,beginning with a tightly folded wing and more adaptations to a landbound life, slowly experiencing a shortening of the membranes and developing stronger limbs with a powerful claw to aid in climbing and maybe digging. I don't think it will regain all of its fingers as not even the lesser short tailed seems to be regaining them. Rather, I'd expect them to rely on a single digit in their forelimbs, with the once wing fingers would likely be either unchanged or vestigial, given they've lost their function in supporting the wing. I also expect it to develop padding in the finger like the vampire bat, and rely more on it's arms than its legs when jumping and running.

Their flight fingers would be much shorter, but likely wouldnâ€™t adapt back into walking fingers. They have a thumb relatively free, so a gripping claw is possible.

My two ideas for body plans:

Elongated back legs, shortened wings (same length as back legs) galloping run. The arms are already strong, so adapting one large claw on the thumb may be possible for a big cat like hunting style, alternatively they could just use their mouths like a wolf. Either way, the more believable adaption in my opinion is at most the thumb and first digit adapted as a toe, and pads formed on the knuckles or wrist as a surface for standing on.

Similar forelimb plan, but taking advantage of the already adapted grasping posture of a flying predator. Basically a galloping gait, but when they reach the prey item, they reach forward with their hind limbs (between their forelimbs). This was inspired by the also bat-descendant night stalker from Dougal Dixonâ€™s After Man, A Zoology of the Future and a creature in Der-Shing Helmerâ€™s work Mare Internum (please read this itâ€™s great). 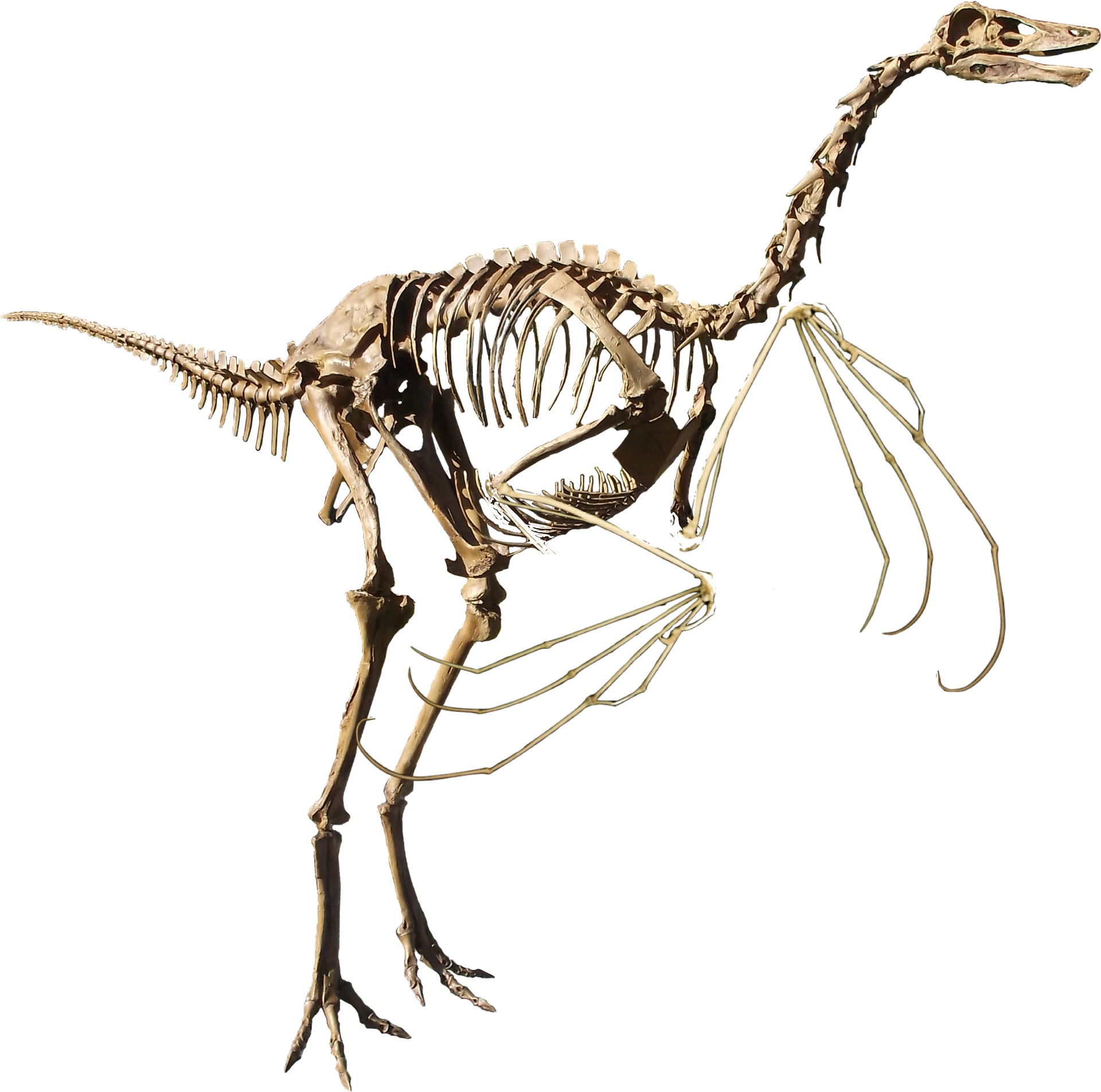 Depicted: a Struthiomimus with hands made from the wings of a megabat.

Big webbed bat hands would be good for a small running predator like Struthimimus. It could grab flying insects and birds between its giant webs. It could press a hand flat on the ground to trap lizards and roaches. It could scoop swimming animals out of the water. Plus it could still use a flap of the wing-hands to make prodigious leaps - either to escape or to get prey in range of its snakelike neck.

Not the answer you're looking for? Browse other questions tagged science-based biology evolution dragons .

14
How plausible would a fully aquatic bat be?
2
Could my Wyverns exist?