How would a higher-dimensional being enter a lower dimension?

So I could not get any answers for my previous question regarding what happens in a indeterministic world such as the worlds in a Cauchy Horizon of a Reissner Nördstrom Black Hole.

However, I deduced from one of the comments that a world beyond time, and beyond where both space and time in one universe is compressed into one single origin, this "indeterministic universe" is essentially a higher dimension, where time is reduced to a physical constant in the eyes of a higher-dimensional being, or simply of lower existence altogether.

Which thus prompts me to wonder how a higher-dimensional being would interact with a lower dimensional world, which I mean entering it directly, rather than manipulating it from higher dimensions. I use the classic bulk theory, where our universe could be just a 2-D brane in this higher dimension. Would it fall inside the bulk? Would it make wormholes?

In short, a higher-dimensional entity does not "enter" a lower dimension, it passes through it.

Consider a planar (two-dimensional) universe. If you or I were to interact with it, we could stick our fingers through it, with a cross-section of each finger intersecting that plane and existing within the planar universe at any given time, but we could never fully enter it without somehow flattening ourselves into two-dimensional entities - and somehow surviving the process.

Note that this example also illustrates how we could seem to exist in multiple places simultaneously in the perception of the planar entities, as each finger intersects the plane at disconnected locations, despite being connected at a location outside of the plane. And our forms would shift in that planar universe as the fingers moved through it, widening and narrowing in the intersecting slice, until the bulk of the hand reaches the plane and all fingers expand and merge into a single larger planar entity.

You would do well to read the 1884 story Flatland (which is now in the public domain and can be read in full on wikisource), which further explores these ideas.

It would be terrifying to enter a 2d world. But we do it all the time in video games and it is fun, because we have a tech interface that interprets a 2d world in a way that make sense to us - the original DOOM is a fine example, or PacMan. A number of games attempt to render 4 spatial dimensions on the 2d monitor screen. The video game Braid takes a 2d Mario-type world and introduces time as a manipulable 4th dimension.

We use probes, cameras, scopes, remotes and technological proxies of all types to interact with environments that are unsuited for our physical bodies. So too your superdimensional creature wishing to interact in a meaningful way with lower dimensional worlds. The tech proxy would interpret that world in a way that made sense to the creature, and if desired the proxy could be made such that it could interact with the denizens of that world.

In particular, following Vonnegut, a higher dimensional being could see what for us is the time flow as a solid of which we see only a slice at every moment, and might find questions like "why did X happened?" rather silly, being forced to answer "because it was structured in that way" 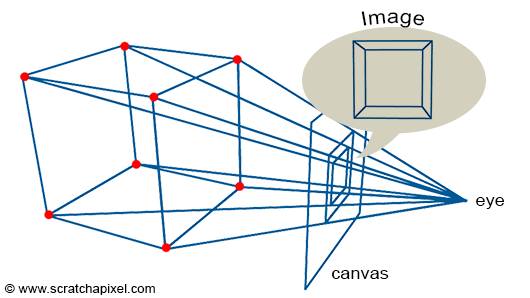 To view beings from higher dimensions, a suitable projection surface is needed. This might lie within "gifted" persons, who have the ability to "view" higher-dimensional beings through an internal "mental screen" unique to them. It could also be a "ghost", "mirage", or "phantom" that the being itself effects in the lower dimension (in the way that video can be projected onto fog or smoke).

I'm not sure this falls within the scope of answers you're looking for, having tagged your question science-based so maybe oriented more towards what we can model mathematically (though not all disciplines of science are about mathematical modelling). Anyway, with that out of the way:

Makes me think of the way God packed up the essence of himself in a tangible human person by the name of Jesus Christ.

while as things develop, we see a meaningful number of the people, as they encounter that person, discovering that

So we can go from here and make observations on what happens to, with, and from the person from the higher-dimension system and how it plays out to and in the lower-dimensional system.

It's interesting what possibilities this offers for interaction and how the interaction goes on here. For one, that connection with the higher-dimensional reality (to name it in terms of the question) is obviously not forced on the people around - as we see some bluntly ignoring it - while we can tell from the fact that we see others interpreting it to be of whatever nature and source they like to think of, that there is something going on that is hard to ignore without choosing so.

It can further be observed that the person immersing in the lesser-dimensional world is fully at liberty to reveal of his true nature as little or in fact as much as he chooses to, only limited by the degree to which the individual people are capable and willing to understand (or may be helped to understand by the person revealing).

Which in this case leads to an amazing and, in some dimensions (including what some would call metaphysical), even total extent of interaction with some who agree to it.

As for some other points of your question, there seems to be no falling into wormholes or similar involved here, rather a kind of total control of the overall reality including the parts of it that are perceivable in the lower-dimensional space - while most aspects of it are generally left untouched (and the same obviously goes for the freedom of the people around to be doing what they choose to, but that's outside the scope of your question).

A projection is exactly mapping something to a lower dimension.
For example, when you map a cube in three dimensions to two dimensions, you have a square.

Of course, there is something lost in the projection - but that is the whole point of removing dimensions. But if something specific is lost that should be retained, you could choose a different subset of dimensions to project to.

Ant and large Stone! An ant when it roams around a stone always sees only what is around it. It does not have a sense of curvature or texture of stone. For the Ants, the irregular surface of the stone will just look like a plane area to roam around.

WARNING: There will be spoilers about all the three books regarding technology development, society development and plot. It's the only way to answer this question using this source, so they won't be hidden.

a proton that is unfolded from eleven dimensions into two dimensions, then programmed and refolded. (source)

-In the third book, the tripulation of the Blue Space discover a zone of space that is a remaint of the previous 4 dimensional universe. They also encounter a ring that tells them that there are some beings that try to survive in lower dimensional spaces and eventually achieve it.

Near the end of the third book, the Solar System is reduced to a 2D space. However, it is implied that, should they exist, lower dimensional beings can get to greater dimensional spaces, altough they are a lot more easily damaged, because there can be micrometeoroids that can come in a lot more directions.

I can help you out on this. Depending on the particular equational situation.a higher dimentional (h.d.) being could very well appear in his/her h.d. form in a lower dimension. Most likely those lower beings would obviously be really shocked in either a fearful negative way or astounded and amazed at what they see.

A being from the h. d. would probably not allow there lower dimension be manipulated unless its for the betterment due to being more evolved and if the h.d. being is in his h.d. form than they would be wise to only visit for a short while because his vibration is so different that being would be responsible for holding all that is together and at its natural balance which wouldnt be difficult.

Not the answer you're looking for? Browse other questions tagged science-based universe spacetime-dimensions dimensions .

2
Explained? Dimensional travel limit
6
Avoiding Violation of Causality with Stable Wormholes
7
How could it be possible to exert gravity without mass?
7
Aliens in a 4D universe try to explore our 3D spacetime fabric: How can they do it?
5
How can I create an infinite space bound by another infinite space (or contained within it)?
5
When universes collide