How much floofy can my werewolves get without making thermoregulation a problem?

The thing about werewolves in movies is that the costume designers, artists, and other special and practical effects folk have to compensate for a thing when designing the wolfman:

Thus, designers have to either horrifically deform the creature, just like with pugs; or tack a few "wolf" features onto a human, usually resulting in either Chewbacca or nightmare fuel.

The former is actually interesting for me, as most of those werewolves have a shaggy, partial coat instead of a wolf's floof. The snout and claws are often deformed too, but I threw those out the window.

Now, werewolf transformation is irreversible in my setting, so their bodies should be usable in day-to-day life. In layperson's terms, Freddy-Kruger talons would make fine-manipulation and going to the toilet a nightmare (not just on Elmo Street). Well then, splish-splash, they go into the trash! But there's also the question of floof.

Werewolves are larger and heavier than regular wolves and also bipedal. Humans have evolved this nice thing, called "sweating profusely", which allows us not to fry while in a car in Florida during summer, whereas our dog would become Chinese food (please don't ban me) under those circumstances.

I want werewolves to retain some of the floof, but I think even a wolf's summer coat is too thick for them. Sure, I now have a get-out-of-jail-free card for why werewolves walk around shirtless, but a thick coat also tends to hide away gains.

So, I was sitting here, contemplating the ideal length for a werewolf's summer coat. It has to be enough to provide the same warmth as a thicker shirt, but without compromising thermoregulation. I also want to have thicker parts, usually around the neck.

How thick should a werewolf's floof be and how should thicker parts be distributed across the body then?

Werewolves are upright creatures with proportions and body plan, similar to humans', the obvious exception is their head. Adults stand at around 180-200 cm in height and weigh 145 kg on average, thanks to their developed muscles.

I guess the most "appropriate" climate for them is in Germany and maybe Hungary. Though those places don't exist in the setting, you can still copy their climates. 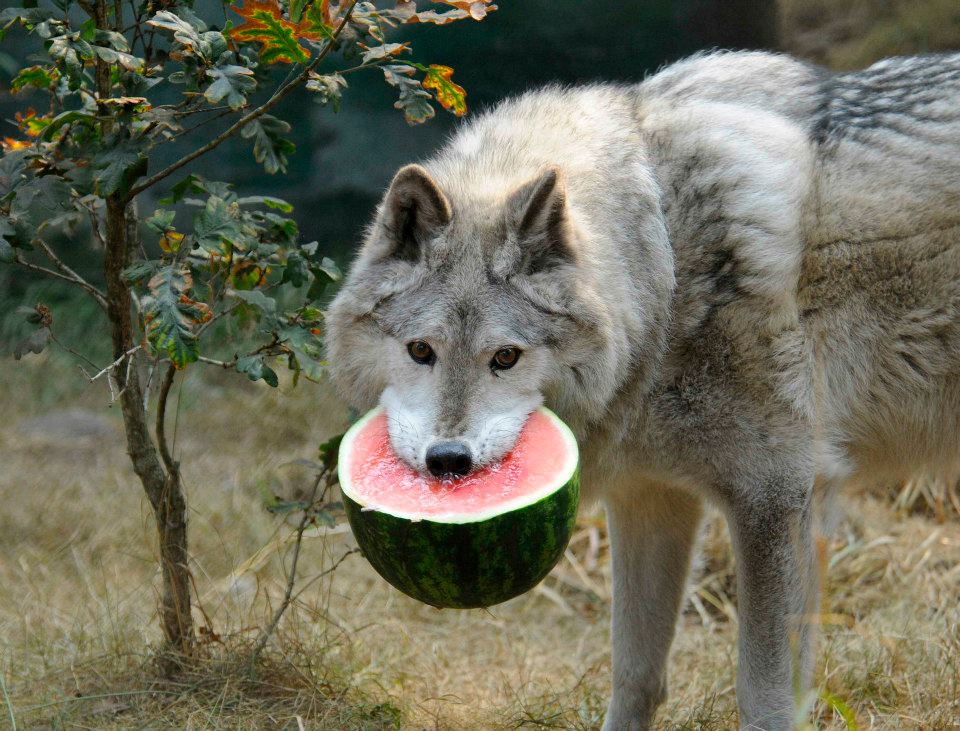 It doesn't matter, because wolves are not humans; they use a different method for shedding heat.

Wolves (and dogs) don't sweat like humans do: in wolves (and dogs of course) the primary method of thermoregulation is evaporative cooling from the tongue and respiratory tract through panting (Wikipedia). Their fur helps with staying warm in winter and has little relevance for staying cool in summer.

Look how fluffy and curly a poodle can be and not overheat: 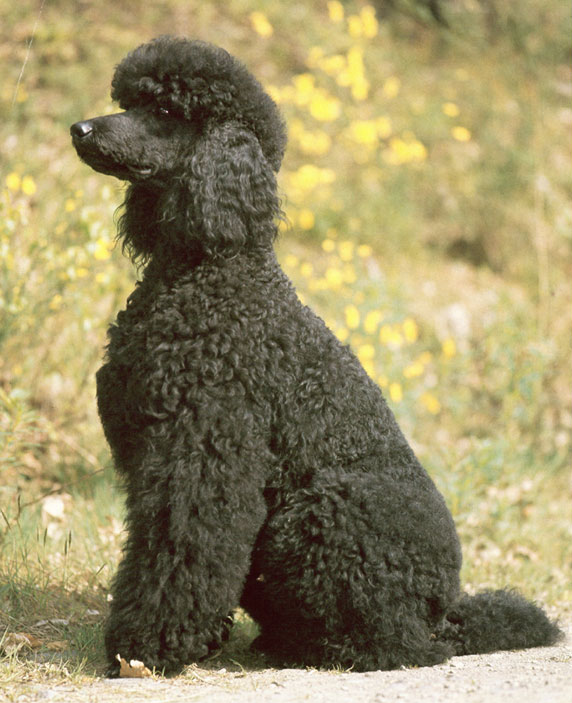 To me it sounds very simple: put the hair, just not everywhere. Werewolves aren't meant to be just giant wolves, they're (at least in media up to the 1900s) essentially an amalgamation between a human and a wolf, and from their various interpretations in media (from hairy humans with wolf-like teeth to essentially giant sentient wolves), we can see that there's relative freedom as to where the line between man and wolf is drawn.

So you want your werewolf to have fur but also to be able to rely on sweat glands, so one way to solve this is following a similar example to the one seen in some bats: 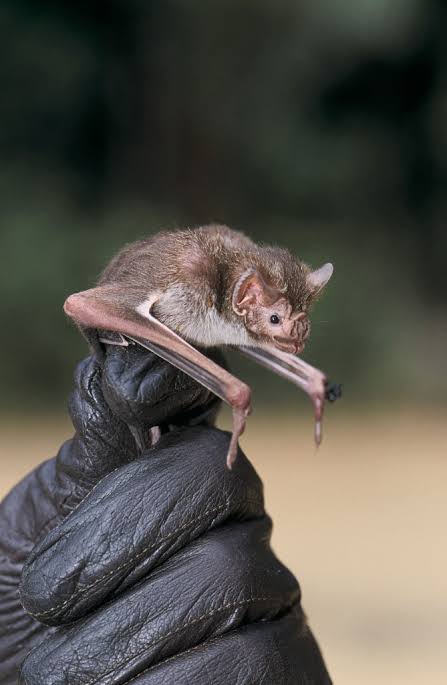 In this vampire bat, we can see how the fur pattern changes, from a thick, fuzzy fur coat in its body, less fur on the forearms and nearly naked arms. Your werewolf could use a similar concept, with a normally fuzzy face, neck and chest while having more hairless limbs (our limbs help a lot when it comes to thermoregulation). By following such a pattern, your werewolf would still likely need to rely on its tongue to let off heat from the abdomen, but the sweat glands from it's less hairier arms and legs would make it easier to cool down (won't be as effective as a human, but also won't be as naked as one). You could also give it a more fuzzy neck and back and less fuzzy chest (more places for sweat glands, also we gotta show them gains), depending on how cold it's environment is.

Sure a werewolf that kinda looks like it got its arms, legs and maybe chest shaved might not look as appealing as we see in some movies, but it'll give you a chance to better allow them to loose heat (plus, as they're werewolves, you can always make them sentient so that they make use of the hides from their kills to complement their lack of fuzz during the colder months).

Wolves and dogs are related, and you could borrow from them. Many dogs have more than 1 layer of fur, with each coat having a more specialized purpose besides protection of the skin. During summer and winter this coat changes. Longer and more fuzzy hair in the winter, shorter less fuzzy hair in summer. This means there are two periods inbetween where the dog sheds enormous amounts of fur to change its coat to suit the needs of the season (and its a hell to clean up).

However you want the full thermoregulation of humans without the naked human skin and copious sweatglands that go with it. This is simply impossible, but you can approximate it by using other means.

For starters, less fur on the legs is common for wolves and dogs (your own fluff picture as an example). You could have patches of practically naked fur-colored skin located there and sweat like humans do, along with more bloodflow to lose heat. Additionally you could lengthen the tongue by an aweful lot. Not sure how it would fit into the mouth, but if its surface area is larger (maybe it can fold sideways) your werewolves could lose a ton more heat.

Perhaps there's another option: small airsacs with lung tissue in it. Except these air sacs arent designed for processing air (could be a secondary function though) but to create as much surface area to evaporate water and lose heat from, which is then expelled from the body. These could be located all over the body.

Not the answer you're looking for? Browse other questions tagged science-based biology creature-design .

2
Can you have brain uploading without having solved the binding problem?
6
How can I get a giant non-marine snake?
16
How can I figure out the territorial needs for my Werewolves?
6
Without making any changes to the human neck, how large of horns could a human being support?
2
How much sunlight can I get into my O'Neill cylinder and how much light needs to be artificial?
5
How much tribute can a dragon get away with?
19
How would a monster decay without leaving as much as a trace?
0
How small can I make this character without making it too weird?
5
How much weight can a human wear without tipping over?