Would this be a plausible coastline + river combo?

So, for an area of my world, I'm imagining three cities situated along the stretch of a river, running from a lake in the mountains onto relatively flat terrain (though still a bit above sea level) and finally emptying into the ocean via a series of waterfalls cascading over fairly steep cliffs. One of the cities is to be located close to these waterfalls, clinging to the surrounding cliffs and also spreading back inland. I'm also imagining the cliffs to be containing plenty of sea caves, some of which connect with larger cave systems inland.

Would this kind of arrangment be plausible, or would a geologist laugh at reading this description of the landscape? If it's off, what would need to change to make it more realistic? The orientation of the mountains, river and coast (i.e. which direction the river flows in, etc.), as well as the rock types of the area, are things I've deliberately not decided yet, as they don't matter much for me, and I'd be happy to adapt them to whatever makes the coast + river scenario the most plausible.

Lakes into mountain cavities are common, they happen either because of melted snow or rain.

Cascades are often born from those mountain lakes and create rivers which create cascades, see boite river as an example. 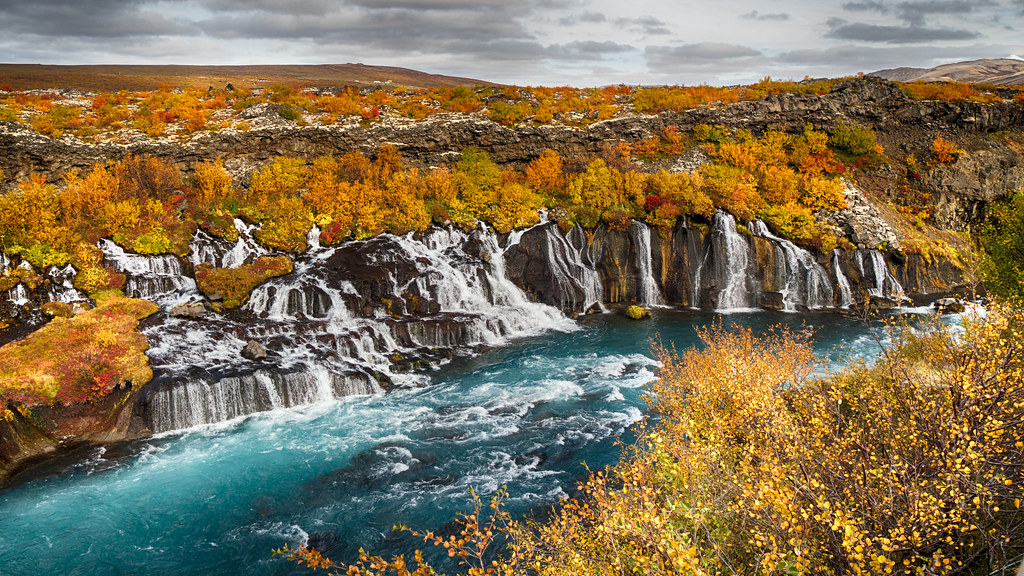 It will be difficult to have a port if the ocean is far below you.

One benefit to siting your town where a river meets the ocean is that you can use the ocean for trade. Boats and barges carrying materials from inland can arrive at your city, and either move their goods to an ocean-going ship or continue on out into the ocean and to distant ports. Having a waterfall in between will be inconvenient.

But if you were at constant threat from sea raiders this might be a good setup - stuff is hauled up and down the cliff to a beach below. When the sea raiders come they will be spotted from far away and the approach up the cliff is easily defended.

Not the answer you're looking for? Browse other questions tagged geography geology rivers coasts or ask your own question.

4
How can a river delta not be at the mouth? (Mississippi example)
7
Hamada this place! Plausibility of hamada desert features in a polar region
1
What are some of the reasons for a river to split?
6
can the same river be deep and fordable
7
How would a half-steppeland, half-desert kingdom with only a single river function?
22
Is this coral lagoon geologically possible?
13
What are the requirements for a river delta to form?
6
Longest "linear" natural formations
13
What is a plausible way to maximize the amount of NATIVE silver deposits in a given area?