Where could you obtain neon/argon in 1931 Las Vegas?

First question ever asked, so apologies if I've done this incorrectly!

My current predicament: characters in 1931 Las Vegas are looking to get their hands on some neon/argon (for use in neon signs). I'm wondering where, realistically, they might be able to obtain some. Is it conceivable that they would be able to create some themselves via fractional distillation if they had adequate equipment? Or would a whole air separation plant be required to create enough neon? One character is a chemist with experience redistilling industrial alcohol to make it potable during the Prohibition period; would any of this experience translate at all to distilling gasses?

I've looked into Georges Claude and his air liquefaction business, plus the history of neon and the construction process of Hoover dam, and while I've learned a lot more than I first knew, I'm still lacking the specifics of exactly how this process was performed with 1931 technology. Grateful for any resources you can point me towards, huge thanks for helping me out with this!

Los Angeles? Salt Lake City? Or maybe even someone local by 1931. 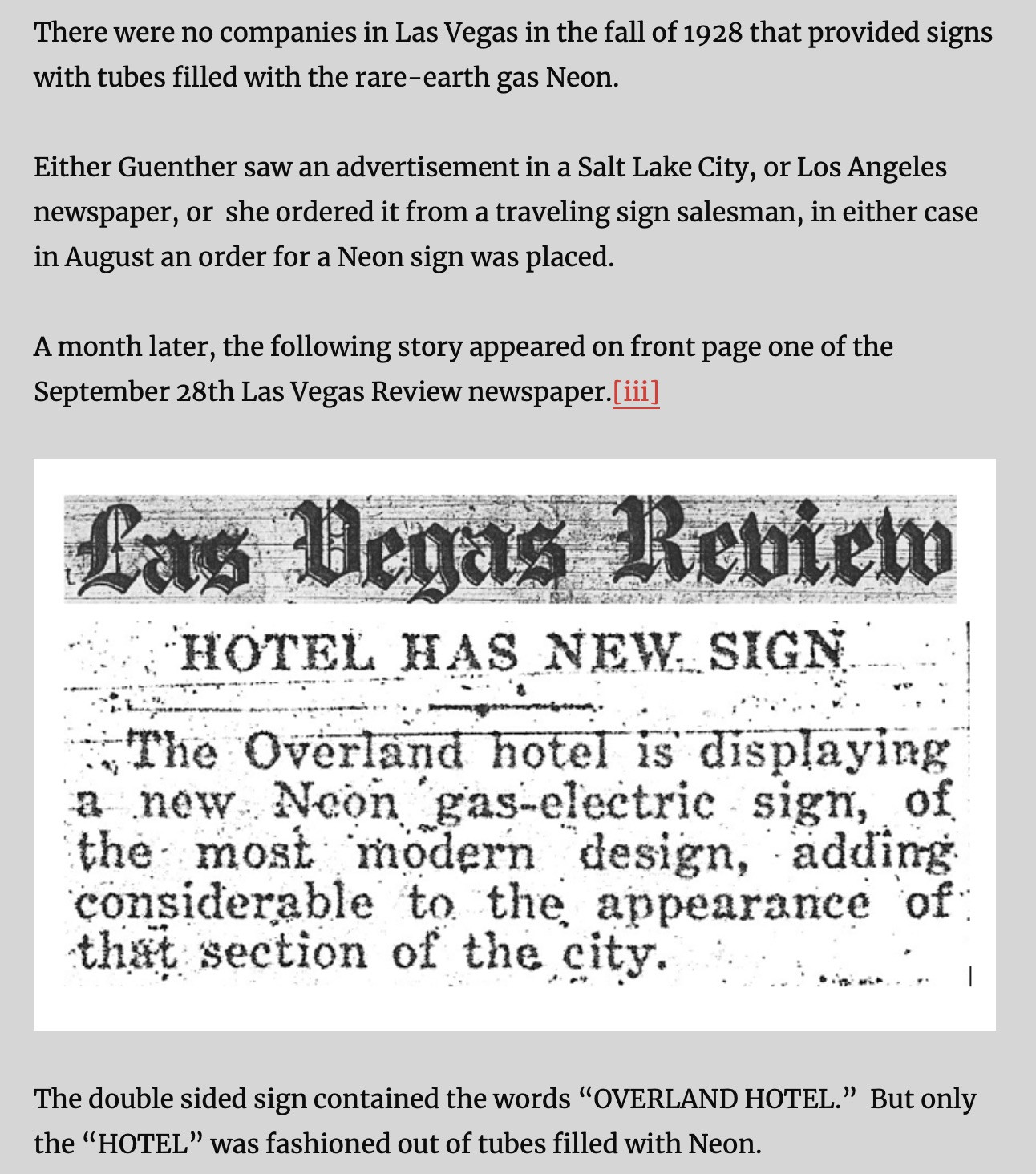 If you want there to be some adventure and finagling involved your characters could go on a road trip to Los Angeles, which would be a good contrast with Vegas. But there were several other establishments in Las Vegas with neon signs in the late 1920s and by the 1930s it would not surprise me if there was a local outfit to provide them. Wikipedia says the first neon sign in the US was in Los Angeles in 1923.

The other possibility is that they could use hydrogen. It is easy to make hydrogen with electrolysis of water. Clearly hydrogen was used for some signs; it would be so much cheaper I am not sure why it was not used for all signs. I think it is either because neon gives a better color, or the hydrogen reacts with the electrodes and the sign life is short.

Another possibility: they could use helium. 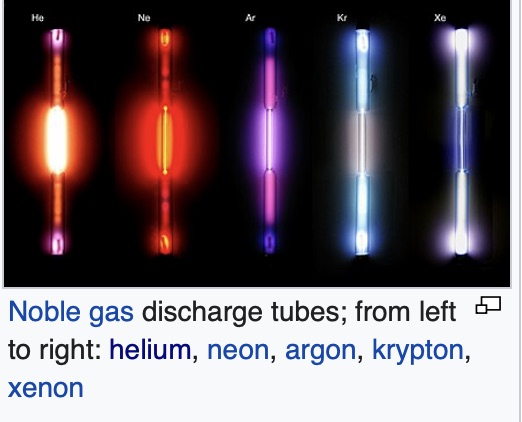 Helium does not make that eye-popping red color that neon does, but it is bright and colorful. Also the US in the 1920s had lots of helium. The National Helium Reserve was founded in 1925 to store all the helium being captured from natural gas operations across the Great Plains.

I could not find when helium became available for sale to the public, but it was being used to fill airships before the Helium Reserve came to be.

Simply buy it. Neon was commercially available, although probably not terribly cheap. Linde Air Products was founded in 1907 and still exists as Praxair. They were the main users of Carl von Linde's patents and processes in the USA, and would have been an important supplier to makers of neon signs. You don't need a great deal of neon for signs, which is fortunate, since it only makes up 1 part in 55,000 of Earth's atmosphere.

Argon was used as a shielding gas in welding. That consumes far more gas, but argon is cheaper, since it makes up nearly 1% of Earth's atmosphere. I'm fairly sure it's used for this because it is the cheapest "noble" gas.

There might well be a company in Las Vegas that acted as a distributor for industrial gasses, but if not, there should be one in Salt Lake City.

I doubt very much that Neon (<0.002% of the atmosphere) or even Argon (<1% of the atmosphere) would be extractable using any form of home made equipment in the 1930's. With sufficient time, money and know how I'm sure it could be done but its not the sort of oporation to run in your garage. Far easier to buy some, both gases were in use in sign making from the 1920's so anyone sufficiently determined could have found a source.

Alternatively they could have attempted to construct a small cryogenic plant from non standard parts, I know which way I would choose.

Not the answer you're looking for? Browse other questions tagged science-based chemistry history gas or ask your own question.

11
Could you fly airplanes on Jupiter?
90
Are there logical gaps in the periodic table in which you could insert a new mystery element for use as a fuel?
5
Could you weaponize LSD gas?
1
How fast could you run a human brain?
0
How could you explain black firebreath?
10
Could your grandchild be genetically identical to you?
3
“Where are you going dragon, don't you dare leave your rider behind!” How can a rider keep up with their dragon?