Homing arrows, how can they work?

In paper, the reason why Joerg and various whacky bows and crossbows made a return and phased out guns in this setting is because of two factors:

There are other factors, of course, like the complexity of firearm production, an abundance of high-strength armor materials, and sectoids that can mind-control people, which is instant-TPK (total party kill) when it happens to the gunner of the squad.

For now, let's focus on the homing arrows. I need them to be easy to make with an increased range, homing, self-steering, and the ability to carry a payload with minimal increase in drag. How could such an arrow work?

In WWI, aircraft sometimes dropped flechettes on the enemy. During the Viet Nam war, this was revived in the form of the "Lazy Dog", .50 caliber bullet sized projectiles that simply fell from the sky and killed though kinetic energy. 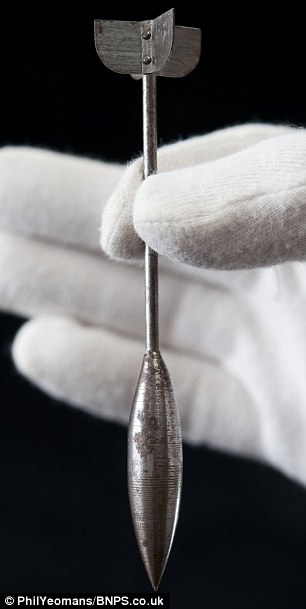 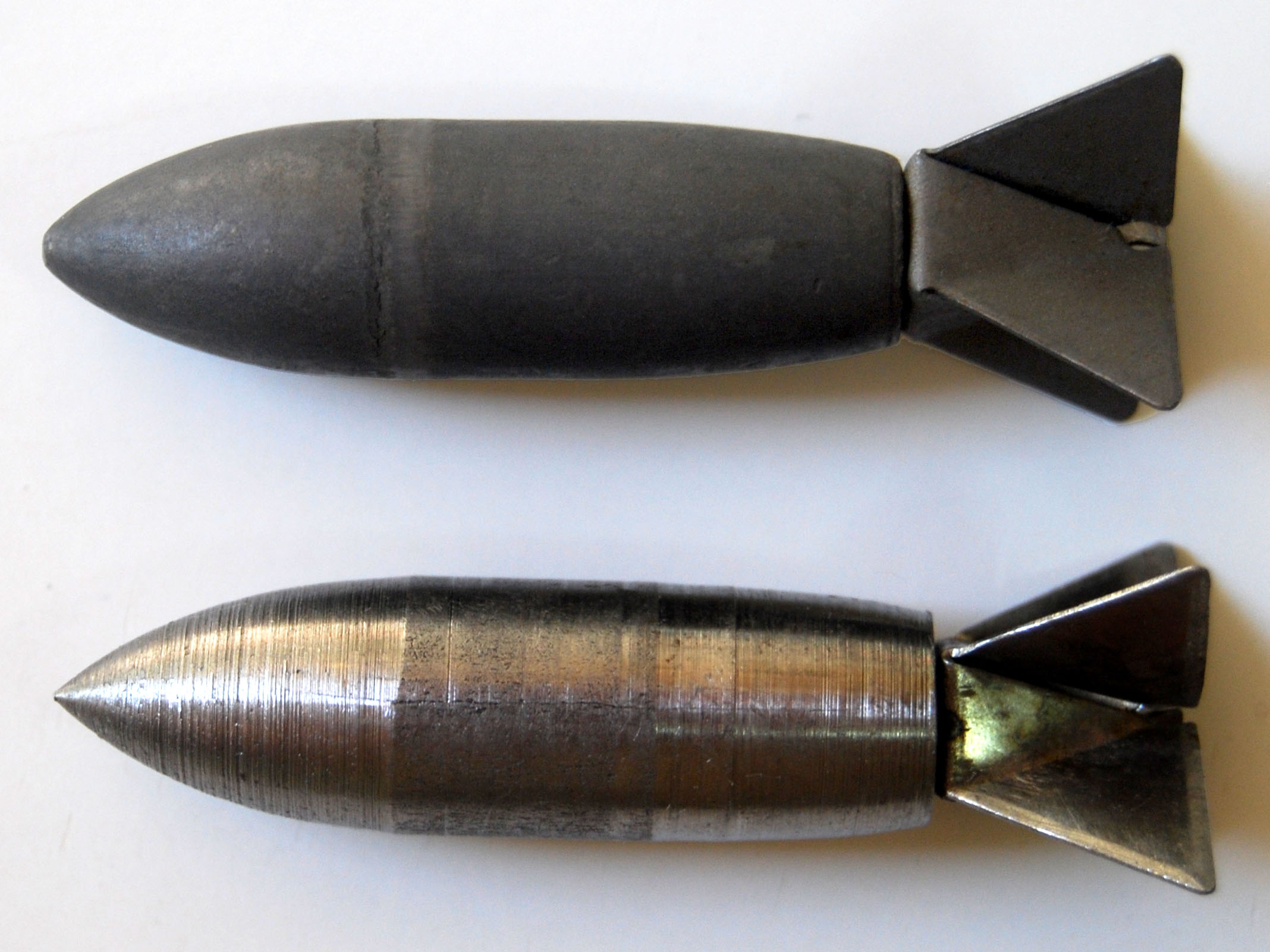 The issue with arrows is unless there is a very powerful bow, like a steel crossbow with a 1200 lb draw (and using a winch mechanism to span), you might not have the ability to loft an arrow high enough to carry a seeker and warhead, much less be high enough to have a wide scanning area and sufficient kinetic energy when it drops from the sky. Adding extras like a rocket motor simply compound the problem (the rocket would make the arrow quite heavy, and need to ignite on launch in order to provide the "loft" needed, endangering the archer).

The actual seeker head on the tip and actuators moving the fetching isn't really a big deal, this is essentially how ATGM's, guided missiles and even "smart" artillery shells work. Modern technology has brought this down to the size of 81mm mortar rounds, "Mini Spike" APGMs (Anti Personnel Guided Missiles) and even (without the actuators or fins) 20 and 25mm "smart" grenades designed to be fired by rifle sized grenade launchers such as the XM-25.

Where your idea fails is the arrow isn't going to be moving fast enough to really get a great deal of control authority from the small fins, or even much range, especially compared to modern firearms, rockets, missiles and artillery weapons. The mechanical energy stored in the arms of the bow isn't sufficient for that sort of task. A large explosive or Fuel Air warhead makes the arrow even heavier and slower, and thus less effective. Adding a rocket motor essentially negates the need for a bow in the first place.

The only other "arrow" which can overcome these issues is the type which is fired from 120mm tank cannons - an APDS-FS round. This gives the combination of range, striking power, speed for control authority of the fins and actual room for sensors and actuators (although at this time no one has actually produced a guided APDS-FS round). For an explosive warhead you would be looking at HEAT-MP rounds. The closest things to what you are talking about are "Through Tube Missiles" (guided missiles fired through a tank cannon, like LAHAT, with a range of 13km), or the K-STAM (Korean Smart Top Attack Munition) which has an 8 km range and seeks enemy armour in the terminal phase, using its sensors and fins to position itself over the top and fire it's HEAT warhead down through the roof of the target). 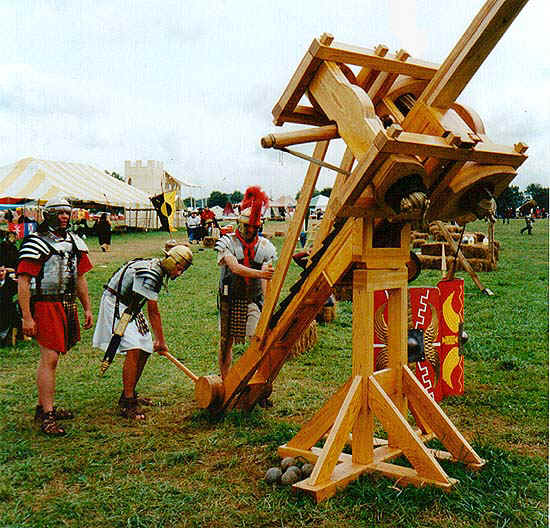 This has the mechanical energy necessary for a long range, guided arrow with an explosive warhead

The modern equivalent is modern LMAMS, portable lethal drones like the SwitchBlade and Hero-30, which have longer range and higher precision than firearms and may make them obsolete.

Biological systems like birds have broadly similar flight characteristics; a giant dragonfly would be much cooler and removes the need for technology development.

They could be trained to dive into soft targets and then used against live humans.

Little mini drones with kamikaze built in. Thrown like grenades in the general direction of the enemy, then extruding it's propellers and continuing in the same direction, accelerating and attacking the first enemy of a specified type. Man, Tank, Horse, Goblin, Witch Lord or Time Lord, Sectoid, whatever you tell it before throwing it. It can then fly into the face of the sectoid or whatever else part isnt armoured. The armpit. The ear. The neck.

There it releases the payload, be it a little explosive, poison, sectoid mind control stuff, a flashlight to blind those guys or just a message. Or it just accelerates until it hits with 500km per hour. If it can achieve 2000km per hour even for a very short time and has a nice pique design on the nose like an arrow, it becomes armor breaking.

You could think about varying degrees of sensory, the cheap one which is blindable by the whitewashing, the expensive one which even looks through the whitewashing but takes up the place of the payload. And the deluxe one where a swarm of those things sits in every corner of the city and stitches together a real time view that is sent to the central for the attack of the army.

Make the arrow out of four different types of metal. Each of the metals must have different specific heat capacity (https://en.m.wikipedia.org/wiki/Specific_heat_capacity)

As the arrow flies, it will flex. This because of heat transfer. Suppose your target is slightly to the left of where the arrow is headed. Heat from the target will transfer to the arrow. Each of the four strips metal will expand due to the heat at different rates, causing the arrow to flex... and thus be able to steer itself.

**Note: this will only help account for minor adjustments. The arrow won't be able to drastically change course.

To save on production costs, you could make it out of just two strips of metal. But it would only be able to steer in two dimensions, which might not work if it's rotating.

The metals must have very low specific heat capacities because heat needs to transfer in the very short time of the arrow's flight. Something like zinc. Or, if you're ok with mythical substances, make something up that has a super small heat capacity.

**Note: If you're ok with mythical (or yet to be discovered) elements, two strips of metal will definitely be sufficient. Pick something with a specific heat that's almost zero. The element for the other strip can be anything. As the arrow rotates, the strip made from the mythical element will flex instantaneously. When the strip is on the opposite side of the target, it will expand, causing the arrow to point at its target. But when it rotates and now the strip is on the same side as the target, it'll contract. You'll need the other material to be made from a material that contracts easily but doesn't expand well so that the arrow is continually bending towards its target. Research "expanded metals." Because they're already expanded, they contract easily.... up to a point.

Or, if you want to be gruesome, bone has a very low specific heat. Not as good as zinc, I'm afraid, but fusing together bones from two different types of animals just sounds cool.

Not the answer you're looking for? Browse other questions tagged science-based weapons robots .

3
An assault rifle that can fire homing rounds?
8
Razor-tipped arrows?
55
Designing Hacking Arrows
12
How fast can nanites work
10
Arrows Beyond The Speed Of Sound?
42
How to trigger explosive arrows?
5
The Elementary Evil vs You /Animatronics 2: Judgement Day/ We need a weakness!
6
How can my Mage Light spell work?
1
Dragons are supposed to have a "smart" breath weapon. How could that work?