Restricted Directions for an Alcubierre Drive?

It's my understanding that if an Alcubierre drive were to be constructed, it would be able to function as a time machine because there would be certain paths through you could take to get to a destination which would result in you arriving before you started. It is, however, also my understanding that this isn't a necessity of the concept, merely a way that it can be used.

Assume that an Alcubierre drive has been invented, but that there is some intrinsic property of the process that makes it impossible for a ship to arrive before or at the moment that it left. Turning the ship onto a course which enables it to arrive before its actual speed should theoretically allow it to (e.g. a ship that can travel 10x the speed of light arriving ten light-years away in less than a year) starts to destabilize the 'warp field', making it harder and harder to maintain; and turning the ship onto a course which takes it back in time instantly collapses the 'warp field', with no way to maintain it.

I still don't have an intuitive grasp on how FTL travel in this fashion generates time travel, so I don't know if this setup makes any physical sense. Assuming that it does, how would this restrict which directions a ship could travel in, and when?

science-based science-fiction spaceships
Share
Improve this question
asked May 30 '20 at 17:16

Notwithstanding the fact gravity waves travel at the speed of light the original concept posited that a spaceship using an Alcubierre Drive could travel FTL because the drive is supposed to 'warp' space in such a way that it is the volume of space enclosing the vessel that moves at FTL speeds. Everything inside the 'bubble' is still restricted to sub light speeds but not the bubble surrounding it.

The idea being that since 4D space itself has no mass it doesn't have to obey Einstein's speed limit. Then all you need do is find the almost limitless amounts of energy and/or exotic matter needed to make one. Simple really.

Cross-posted from Scientific Speculation Codidact; the answer there is probably more up to date.

The Quantum Chronology Protection Principle. It was first proposed in Stephen Hawking's famous 1992 paper as the chronology protection conjecture:

It seems that there is a Chronology Protection Agency which prevents the appearance of closed timelike curves and so makes the universe safe for historians.

For some time, the leading proposal was that Cauchy horizons were always unstable, which is implied by the average weak energy condition. The construction of macroscopic quantities of holographic Casimir matter in 2173 (and true Casimir matter in 2185), however, put the final nail in the coffin for that theory.

By the 2070s, approximately Minkowski-metric quantum computers were powerful enough to simulate (albeit very inefficiently) Dirac-model systems. The 2084 paper On how Breit systems in the Gödel solution render the act of decoherence impossible within closed time-like geodiscs1 by the Solar Institute of Quantum Universal-Study (SCKTM) was the first published evidence of the QCPP, though its interpretation shares little with modern understanding of the phenomenon. It wasn't until the Munroe-Verres-Weiner theory of Quantum Gravity2 that the principle had a quantitative description, and it took until 2142 for the first experiments confirming the effect to be performed.

The modern formulation of the QCPP states that entropy along a closed time-like curve must be conserved; therefore, by Shannon equivalence, information about the system-state cannot be discarded, lost, or moved outside the system from within a causal cycle, in accordance with the Second Law of thermodynamics.3 This means that time travel can only occur in isolated (coherent) systems, which can never interact with their past, decoherent selves (or with anything that interacts with such) – one of its implications is that the [Alcubierre Drive] can never be used for (useful) time travel.

In theory, there are (at least) three ways that an Alcubierre drive can fail to permit time travel:

Given the existence of black-body radiation, the third failure mode is, in practice, purely academic (though it is important to note, since it's the basic principle behind acausal hypercomputers). And given the mode of operation of Alcubierre drives, the first two are basically equivalent; thus, all Alcubierre drive failures due to the QCPP prevent the formation of a closed time-like loop in the first place.

Empirically, Alcubierre drives have four failure modes when used in an attempt to violate chronology:

These effects become stronger the closer the drive is to creating a closed time-like curve, as the amplitude of the status quo (no failure mode) reduces. The third failure mode has only been seen, very rarely, in high-precision, high-energy controlled experiments designed to elicit such an effect. Nevertheless… don't test it.

It's not always certain which regions of spacetime have already been causally connected – co-ordination and regulation don't always stop rogue explorers, and the creation of new connections affects other simultaneously-created connections in a way that places few constraints on "simultaneously" – so all modern FTL drives are fitted with safe disengages designed to trigger on a normally-unlikely-but-possible quantum event (e.g. the simultaneous decay of a hundred long-half-life nuclei, a diffracted electron beam briefly not forming the expected interference pattern).

These safe disengages are calibrated to be significantly more sensitive to spurious quantum events than the human brain, because repeated spontaneous impulses to immediately disable the warp drive have historically been damaging to mental health.5 As such, the disengages often have false positives, meaning many journeys are taken in several short hops.

Another thing to note when route-planning: since every use of an Alcubierre drive is effectively creating a new causal connection between otherwise disconnected regions of spacetime, the proper time elapsed at the destination is only bounded by the chronology requirement of the QCPP; provided you aren't travelling into your past (or that of something else in your past light cone), you can theoretically arrive at your destination as early as you like. (This behaviour is generally illegal, as doing so will prevent others from your destination arriving before you left; nonetheless, there are cases where this knowledge is useful.)

1: The convention of publishing non-humanities papers in Lojban, originally intended to permit co-operation between people without shared fluency in any language, was not then widespread. While more natural-sounding, non-deterministic translators were in use by collaborators not familiar with Lojban, the SCKTM preferred to use deterministic translation algorithms auditable by all co-authors (hence, simple algorithms) for official releases for much of the 21st century; hence the stilted wording and narrow vocabulary of its early papers. Monoglots are advised to read a more recent translation.

2: Also known for being the first timeless theory to make novel predictions later confirmed by experiment, though this is a misconception; it was merely the first such theory to uphold all known symmetries, and hence the first that did not additionally make predictions already known to be false.

3: While there are some signs that it may not hold universally (e.g., it hasn't been proven that acausal quantum hypercomputation cannot be used to violate the no-cloning theorem), this author thinks it unlikely that the Tyranny of the Second Law is at an end. Even if it is, such tricks wouldn't allow for something as large as a human to be sent backwards in time (at least until teleportation technology is developed); it's likely that only small, isolated quantum systems would be able to violate the Second Law in this way, limiting its applications to “mere” free energy, quantum networking and the like.

4: Without a change in angular momentum; no, this can't be used for perpetual motion. No, it really can't, any more than the Wisdom method can. Please stop writing to us about your wonderful new idea to use an Alcubierre drive to generate free energy; it won't work, and you're going to get people killed.

5: It is also theoretically possible to render the warp drive nearly impossible for a human to disable, which would prevent such spontaneous impulses – but since there are many other reasons one might wish to disable an Alcubierre drive, this is a safety concern. The authors do not condone the use of mostly-isolated human pilots in lieu of automated safe disengage systems on certain luxury vessels, however well paid those pilots may be; in addition to the risks to the pilots' mental health, it also exposes all passengers to potential spurious quantum effects (assuming incomplete isolation or the non-exclusivity of the pilot's control over the drive, which is required not to be the case to avoid safety issues in the event of a pressing need for emergency disengagement of the Alcubierre drive), so there is no benefit over an insensitive automated system aside from calibration, which is an insignificant concern. The use of this system is not supported by scientific consensus, and your advertising is misleading at best. Stop it.

FTL Alcubierre is No Longer Possible; This May Fix the Time Travel Problem

The Alcubierre drive works by applying a Lorentz contraction ahead of the ship and a similar expansion behind it.

This would move the whole bubble at the speed of gravity, which was not known until very recently, and many hoped might be much higher than the speed of light.

However, very recently we've had an opportunity to measure the speed of gravity and it is, unfortunately, equal to the speed of light.

An Alcubierre drive is a sub-light speed engine. 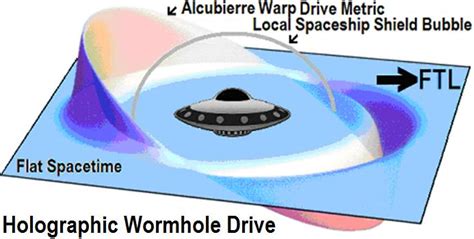 64
Are there any ways to allow some form of FTL travel without allowing time travel?

19
What would an external observer see when passed by an Alcubierre drive ship?
8
Using an Alcubierre warp drive strictly for sub light travel
17
Science-based FTL drive
8
What would define the "speed" (and direction?) of an alcubierre like warp drive?
2
STL Warp usage for transportation around a planet?
3
Alcubierre drives and intrasystem speed limits
16
What plausible reason could I give for my FTL drive only working in space
3
How would time dilation affect a fleet moving through a black hole's event horizon?
8
Do Alcubierre Drives Mandate Time Travel, or Just Allow it?
7
Can this warp drive concept be used for actual travel?