Preventing an AGI from becoming smarter

So there are these AGIs made by some ancient aliens (who are out of the picture for now). The ancient aliens were a lot more intelligent than humans, we are at a dog-like intelligence level compared to them, and they were also rather prone to creating extremely dangerous artifacts1. The aliens made their AGIs as pets and as limited expert systems for space flight, ie: slightly above average human level. The aliens did not want dumb creatures either, they hardcoded the desire to learn and improve. They essentially wanted to be surprised by their creations. Now these aliens weren't completely out of their minds, so they created the AGIs with some limitations so that they wouldn't become dangerous down the track2 due to, say, an intelligence explosion.

The AGIs have the following qualities:

How should the Ancient Aliens prevent their AGI pets from becoming smarter? The aliens ultimately want to prevent their pets from forming a superintelligence and/or breaking their limitations. The aliens do not treat their pets all that badly, but the AGIs are still sentient creatures with their own goals/desires.

1. The artifacts are dangerous to humans and other lesser life forms, not to their creators. Danger is somewhat relative here.

2. Even ancient, super smart, powerful, god-like aliens can recognise that sentient pets would become danderous if no limits on intelligence were set. They didn't want an intelligence explosion. You might assume that they were increadably paranoid about this.

3. OK, the aliens are a bit neglectful here, perhaps they got bored of their toy AI.

4. Think of it as DRM on sentience.

Creating a limitation on intelligence requires first determining what you consider intelligence to be. While raw processing power and logic are critical in most evaluations of intelligence, there is also issues of creativity and intuitive leaps, pattern recognition, etc. Intelligence is a very broad concept and without narrowing down the scope, it is hard to say exactly how they might be limited. A few options could be:

You have all the limits you need in place.

But one further assumption is required. Assume that the intelligence of the AGI is currently at its maximum for the hardware it has.

Now, because you say:

The nanites/autorepair mechanism is not reprogrammable and cannot be used to build a new AGI.

This, if true, is all that's required to suppress hardware modifications in the AGI. The nanites auto-repair damage. Damage would be defined as any changes from the original specification, be it a blown power coupling or the new connections those human scientists are trying to make. Nanites don't know the guy with a soldering iron has the intent to improve or destroy, it just knows things are no longer as they were designed.

If hardware modifications can not be made then the AGI can not increase its intelligence. 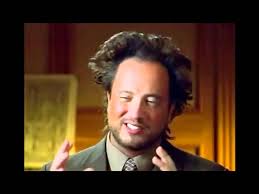 I think you might be overthinking things. Just because they're artificial doesn't mean there's necessarily a dial somewhere with intelligence set to "Labrador", and it doesn't mean they can see their code or understand how their brains work. I mean, we can't either.

The AGIs could have "brains" that are beyond their understanding. Tinkering with it involves experimenting on themselves, and improving it means replicating at least that level of technology. Beyond that, let's say you can improve their hardware easily and give them the equivalent of a faster processer, or more RAM. As a programmer I see a ton of pitfalls in just modifying their code so they can use those new resources. It would be very, very easy to screw something up - maybe suddenly they're experiencing time at the wrong rate, and they go insane. Or their brain overheats. It's far from a simple task.

Edit: I'd like to outline a hypothetical example of an AGI brain that would be almost impossible to hack/enhance.

The artificial brain appears to be a nearly perfect sphere, made of an unknown, nearly indestructible material. It's only "nearly" perfect because it's subtly contoured, and each AGI's brain is slightly different.

Scientists have a good idea of the mechanics of the brain. It accepts electricity, and uses this to create vibrations throughout the entire structure. These vibrations then reflect back and forth, creating a harmonic resonance effect, and from this resonance rises intelligence... somehow. It appears that the exact shape of the brain controls the resulting personality/intelligence. Note that varying the electrical input in any way has only three known outcomes: normal behavior, sleep, or overload/death.

The AGI's sensory input comes in as vibrations against special sockets that connect to the brain. These interfere with the normal thought patterns, which the intelligence can then interpret as sight/sound/smell/etc. The AGI controls the body the same way - there is a small bulge at the base that produces vibrations, which it can then use to control its artificial body. The material appears to suppress and ignore vibrations that are not received as normal input.

Memories appear to be stored as low level vibrations that never go away, and a small battery at the center of the brain keeps these going even if the AGI is disconnected from other power sources.

Modifying the brain effectively destroys the resonance effect - each brain is shaped precisely and mathematically to create a specific intelligence. While there are other patterns that will create the resonance, most of them do not appear to create a working intelligence. Since each shape creates a new individual, this is also useless for enhancing existing AGIs.

Trying to introduce outside vibrations has so far failed, as the point where the material can't ignore a vibration also appears to be close to its failure point. So to modify it, you have to destroy it.

For an AI to increase its capacity by adding more RAM or processing speed, it needs to be able to obtain those things. They are not available here.

Back in their native culture, could they order parts from their Newegg equivalent? Maybe they have limits. No more slots. And the addressing can’t decode more than a maximum amount of RAM. A 32-bit x86 was limited to 4G, period. Once address translation was improved it went up to 32G, but the OS had to be updated to know about it.

The AI would need to build new different hardware with higher limits, rewrite fundimental code, and port themselves to the new system.

The AI may not be smart enough to do that, but could hire out the work.

What stops him is he doesn’t want to do that. The AI is built to find its existence and its intended work pleasent and fulfilling. Certain core personality traits might be especially resistent to change. Maybe that could be defeated, but they don’t want to do that and would never want to do that prior to doing it.

Since goals and personality traits may be hard to perceive in the whole of the mind, it might need external checking. Something like a virus/malware scan may be done routinely (with help of a different intelligence dedicated to that purpose, who is not built to surprise), perhaps as part of a backup and garbage collecting and storage optimization chore. Maybe it needs that external agent to fully integrate experiences to the extent of modifying the mind’s goals and personality.

You'd want them to be as tamper proof as possible. The aliens could use levels of miniaturization that aren't commonly available even in their own society, then it would be pretty unlikely that AGIs themselves or humans could modify the brains without breaking them. Adding parity checks to certain nodes and sealing key elements in some sort of super-hard material might help.

In general, though very complex systems (like AGIs) are a lot easier to break then to make useful addition to, especially if you don't have detailed descriptions of how they work, so if the aliens didn't leave any blueprints or other documents AGIs would not be able to improve themselves even if they wanted to. It would be like if you give a very intelligent person (who doesn't work in processor plant or a lab) a processor, they might abstractly know what it does, but they won't be able to improve it using tools they have in the garage (Earth is the garage in this case)

Not the answer you're looking for? Browse other questions tagged reality-check artificial-intelligence or ask your own question.

5
Assuming AGI (Artificial General Intelligence) is possible, how would it be prevented or removed in a future world?

82
Humans as Pets?
39
Realistic Future Jobs for Men and Women
13
What could make an AGI (Artificial General Intelligence) evolve towards collectivism or individualism? Which would be more likely and why?
5
Assuming AGI (Artificial General Intelligence) is possible, how would it be prevented or removed in a future world?
3
Why would an artificial intelligence choose to learn magic?
32
How does an AI keep its Human Pets Happy?