Could a Human Ride a Raptor?

I'm sure we can all agree that raptors are pretty cool (most dinosaurs are). But what I think would be really, really cool would be a rideable raptor. However, I don't know if this is possible. While I assume that raptors had pretty strong hind legs, I'm doubting whether they have the power to even stand with a human on their back, let alone run or jump.

So, based on what we know about raptors, assuming we got one and a human in a room together, alive, and the raptor was trained, could this be done? If not, could they at least make a fun kid's ride at the fair?

Oryginal question was about velociraptor. Then, strictly speaking, no. But raptor, probably.

Thanks largely to Jurassic Park, "Velociraptor" has come into common use to represent smart, human-killing pack hunters. Sadly, Velociraptor proper is about the size of a turkey, so you could never ride one. The name was used to refer to a different, much larger Dromeosaur, Deinonychus. Reportedly the studio felt that "Deinonychus" would be too hard for audiences to read and correctly pronounce. (Opinion: They were probably right about that.)

Even the Deinonychus was nowhere near big enough for a human to ride. However, there were other dinosaurs that might serve your purpose:

Source: Reduced from "Dromie scale" by Matt Martyniuk - Own work. Licensed under CC BY 3.0 via Wikimedia Commons

Utahraptor, which is also shown in the above graphic, is clearly large enough. Whether it's got the bone and muscle structure to carry a human is an open question.

Achillobator: only slightly smaller than the Utahraptor shown in the graphic. Not out of the question that a large Achillobatus could carry a smallish human.

Source: Reduced from "Achillobator scale" by Matt Martyniuk - Own work. Licensed under CC BY 3.0 via Wikimedia Commons

So, yes, in general, velociraptor-like big enough to ride did exist. But size isn't the only consideration.

Humans riding birds: can it be done?

Horses are big and strong, and we ride them a lot, and it doesn't seem strange. But birds? Could even a big strong bird carry a human?

It seems weird, but humans have been riding ostriches for centuries. Large flightless birds such as ostriches and emus have extremely efficient musculature, and bones strong enough to deliver killing kicks to humans.

Bear in mind that ostrich riding is usually a moderately daffy sport, and not a practical means of transportation. Still, it does suggest that a birdlike animal of ostrich-size or better could carry humans around pretty neatly.

As a bonus, I found the following graphic. Note that it's not the same scale as the two previous, and didn't have creator information. But it does show very clearly the comparison between Struthio camelus, today's ostrich, and the Utahraptor discussed above.

Source: Another Head Full Of Fantasy, blog of author Jesse Rebcock. (This is not an endorsement: I've never read any of his work.)

Finally: your question is cool because:

All of the prehistoric raptors had feathers, not scales as depicted in Jurassic Park).

These beasts are more wild and beautiful than you thought. :-)

According to Wikipedia the velociraptor was about 15kg or 30lb, so that pretty much eliminates any kind of riding. However, there are many other dinosaurs which would be large enough. Training one would be quite the task however... (perhaps like training an ostrich today.)

You could easily ride a Utahraptor. However, I would advise against such an attempt unless absolutely necessary. You (or the trainer) are just as likely to be thrown off the animal as to successfully ride it. They were most likely semi-intelligent. My reasoning is that an animal that hunts its prey has 2 options

Evolution has promoted the former in ocean animals and insects, but most animals larger than a mole have intelligence. They might even be able to plot/conspire against their human captors.

You can NOT ride velociraptor. Way too small. 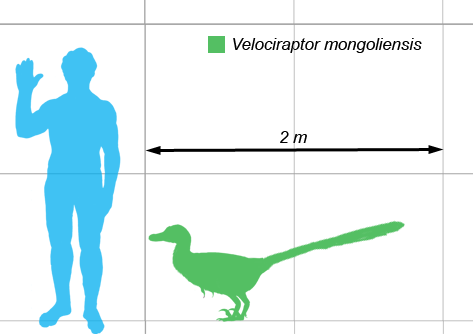 Dakotaraptor, maybe a little too small. Utahraptor, I guess the same.

But, Gigantorapter, OH YEAH BABY, YOU COULD RIDE THAT! 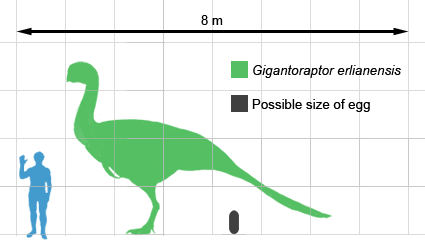 BONUS: Megaraptor is not a raptor, but you could ride that.

If we could clone them like in Jurassic World, using foreign DNA, then we could possibly make them bigger, possibly big enough for riding. BUT, you would have to tame one first, and even if you could tame one, they probably would outsmart any attempt to cage them. Now if you could "edit" their brains to make them dependent on instinct once we tame them they probably would be like a horse, just on two legs and with all the problems that ensues.

The best possible saddle for a raptor would probably be the ARK: Survival Evolved raptor saddle, found via Google here:

Not the answer you're looking for? Browse other questions tagged dinosaurs mounts or ask your own question.

2
Using dinosaurs as a mount

17
Is it possible to ride a carnivore species?
9
What dinosaurs could be domesticated?
6
Human Evolution if Dinosaurs never died off
10
What kind of animal could a centaur ride, and how?
7
How to ride a giant turtle?