Is this a reasonable way to enforce a ban on exotic weapons in an interstellar setting?

In the late 23rd century certain groups of mankind stared down the barrel of what may be possible in the future: cross galactic relativistic kill missile storms, gamma-ray Dyson Beams, Kugelblitz black hole weaponry and potentially even exotic matter-based weapons messing with space and time itself. Some even proposed that these weapons are the answer to the Fermi Paradox, a late and great filter. The view that any group potentially willing to use these weapons must be dealt with at any cost and as soon as possible became quite popular.

After the victory over the old baseline nations in the First War Of Sol, the trans-humanist groups started the gardener initiative, a program for swift, systematic interstellar colonization. All colonists had to agree to mild brainwashing that would instill disgust towards these exotic weapons of mass destruction. This was meant to instill a negative bias against these kinds of weapons in all the future civilizations they would seed.

Additionally, everyone signed a treaty and vowed to make every daughter civilization sign the treaty as well. The treaty states that:

Since the political state of the galaxy is relevant to this, here is a brief rundown:

Will this treaty be effective at preventing mankind's galaxy from descending into a state of eternal high energy warfare until everyone is dead? If not, how else could such a situation be avoided? Isolated incidents and the bashing of bad apples are expected, but escalation should not happen.

I'm aware that this comes quite close to being opinion-based, but phrasing it otherwise; I'm asking how to keep weapons of mass destruction out of wars in an interstellar setting.

I see an issue.

A prescription is enforceable if the sanction for not observing it is deemed realistically executable.

exotic weapons may be utilized in the purge

You are basically stating "having exotic weapons is forbidden, and if you do, I will use my exotic weapons to punish you". This is a logical shortcircuit, because every signatory of the treaty will of course produce those weapons for the sole reason of punishing possible transgressors. Not having them will make the prescribed punishment vane.

The above logic is exactly what lead to the nuclear escalation between USA and USSR: I won't use nukes to attack, but I will use them if attacked. As you might now, it didn't bring to a non proliferation.

The edict is enforced by a mysterious group.

The Watchers date back to the late 23d century - a group which took possession of all remaining weapons and which dedicates itself to preventing their future use. The Watchers themselves are enigmatic - it is not clear where new recruits to their numbers come from, or if there are new recruits. Some Watchers are deathless transhumans augmented by technologies kin to those of the forbidden weapons. Or the Watchers are angels, or ancient aliens stirred from their sleep to prevent the destruction of space time. There are many stories, and they get better with the telling.

Watchers do not intervene in the affairs of the current nations in any way. Their whereabouts are not known. Their interventions, when they come, if they come, are the stuff of legend. It is possible they are legend. Do you want to test them, O King? 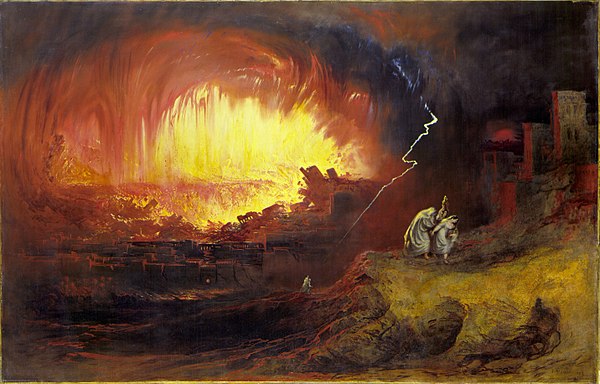 Adding to L.Dutch's answer. I think this situation is worse than a Cold War-esque arms race. I think you are looking at inevitable total war. You will see hegemonies form, analogous to NATO and the Warsaw Pact. Then, someone on Side A will use a banned weapon. Maybe it's an accident, maybe it's on purpose, it doesn't matter. Side B will decide it was on purpose, the other members on Side A will forgive it. Side B will try to enforce the ban, by using their own exotic weapons. Side A will then try to enforce the ban on Side B, because from their point of view, B is the aggressor. Both sides end up exchanging fire with exotic weapons.

Not the answer you're looking for? Browse other questions tagged science-fiction politics space-colonization weapon-mass-destruction .

15
What would we see of a devastating interstellar war between alien civilizations within 1000 Ly?
3
Ancient Aliens in the New World, when do Europeans find out?
8
How might an inter-planetary confederation turn into a highly centralized empire?
4
Is this an appropriate manned interstellar mission profile?
9
With current technology, genetically modified virus able to end mankind
1
How would the governments of Earth in 1975 react in the months prior to the creation of my fictional military organisation?
2
How would an AI divide its physical sphere of inflence into a "grid" of sectors?
13
How to make FTL-technology an narratively interesting suicide-pact-technology?
6
An effective way for interstellar communication?