What should my kaiju eat?

So, strength is a bit unusual in that though he's a kaiju that's clearly inspired by Godzilla, he's completely artificial and was created deliberately to serve as a mobile fortress in The Union's (no, not that one) war effort. 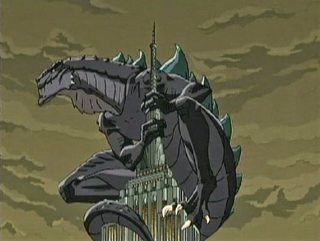 Strength looks something like this, though smaller and less... daring

Strength is an intelligent, heavily-pneumatized, bipedal, lizard-like creature with a total length of 15 meters, slightly larger than a T-rex (If said T-rex was upright), and with pretty strong arms to help him throw rocks at people.

He's much smaller than Roland Emerich's or the animation's Godzilla, however, Strength is a weapon, not a mere animal. Other than a reinforced hide, he has strap-on artillery and hard-kill countermeasures against pesky missiles, occasionally armor, military knowledge, and training in a modified version of Brazilian Jiu-jitsu and baseball throwing (if you've seen Attack on Titan, you know why).

In terms of basic energy consumption, i.e: when not hauling equipment around, Strength has periods of "heightened state", where he temporarily becomes endothermic, usually for the duration of a battle, then mellowing down after going back to the water.

However, if Strength was, for the most part, spending time in a military base, what were they feeding him? I mean, logistics in the military is already a nightmare without having to feed a pet T-rex. I'm sure they'd cook up a cheap, easy-to-produce but nutritious thing, but what exactly?

No, Wilk, The Confederacy (whom The Union was fighting against) relied on cheap robots and the occasional Jaeger (A GIANT ROBOT around the same height as Strength). Strength might be an omnivore with a lead stomach, but RHA isn't exactly nutritious, and guillotining a Jaeger for using the name of a much better character takes a lot of energy.

The outrageous displays of power and other feats that are the reason you want to keep a kaiju around in the first place? They all require vast quantities of energy. Probably more than can easily be obtained chemically. If you don't want your kaiju to spend 98 percent of its time eating and the remaining two percent kicking ass, he probably needs a denser source of energy.

So go nuclear. The kaiju is an organic nuclear reactor. The reaction is much smaller in scale, and burns much less fuel than reactors we use for our power grid, so as to keep from vaporizing the kaiju's innards. He eats something like fuel pellets, stored in an organ something like a cross between a gizzard and a conventional nuke reactor. Periodically he half-empties the power gizzard and his handlers recycle the partially-spent fuel pellets.

Actual food is only really necessary for bulk material.

There are three major considerations with feeding him.

One is that you don't want him spend most of his time feeding, like a cow grazing most of the day, when you have him in the field -- and it might prove boring in his downtime.

The second is that you want the food to be concentrated and so easily to cart -- both into the base, and if you field him.

The third is any consideration you give to his ancestry and whether it was feasible to alter his diet in the course of making him. You could adapt this to what you want.

With this considerations, you could make him carnivorous, herbivorous, or omnivorous, as long as you make the food very high calorie.

Meat is good for that, but it would be particularly good if cooked, which is in effect starting the digesting process, thus enabling Strength to absorb more calories with less expenditure of energy digesting it. Basically any kind of cheap meat would work.

Plant-based food is less good, but could work if highly processed. Lots of sugar and fat to concentrate the calories. Junk food, in fact. Could probably bake up large cakes and feed him.

Refined aluminum metal is extremely energy dense, as is evidenced by the violence of a thermite reaction. Aluminum metal has much to recommend it as a fuel.

1: It is stable, and will not explode or rapidly degrade if unused.

2: It is easy to contain and transport and is nontoxic.

3: The infrastructure for refining aluminum exists.

4: It reacts with oxygen which it can take from the air, or strip from water if underwater.

5: Byproduct is aluminum oxide, which can be reprocessed into aluminum metal over and over.

I agree with David Hambling's assessment that an animal that size would only need 100 human rations. I also agree with Mary that you want an easily managed, energy dense, and nutrient rich food source so that you do not spend too much time feeding it. But a third and possibly most important factor will of course be cost. If your kaijen needs a high protein diet with complex nutritional needs as most intelligent animals do you will want an an omnivorous digestive system. For this, an egg & potato diet is probably best since it is easy for a non-specialized digestive system to digest but it includes a lot of cheap high calorie filler to go with your protein source. A human can survive off of and stay healthy only eating 5-6 eggs and 5-6 potatoes a day.

This makes the total cost of feeding your Kaiju just under 60,000 USD a year, at least that is what they would cost if it were not for all the costs of logistics. The following is the canning and distribution cost to turn that food into a patee like cat food.

This should put the final cost of food plus logistics at somewhere in the ~80,000-100,000 USD/yr. However, if your kaijn does not need a high protein diet, hay is probably the cheapest of all foods. There are biological reasons that more intelligent creatures tend to need higher protein diets, so this may not work for a smart Kajiu, but at only $200 per ton, you can feed your Kajiu for only about 8600 USD/yr.

For logistics this means you need 235 lb of hay per day.

This puts the cost of keeping a Kaiju at only ~15,000-35,000 USD, although the higher volume of food could be more problematic if you have limited logistical capacity to get the food to the Kaiju.

Either way, this is really not that expensive when you consider that the average operating cost of a tank is in the 600,000-1,000,000 USD/yr range. Given such a surprisingly affordable diet and lack of labor laws concerning domesticated animals, you can feel free to breed entire platoons of these Kaiju and still remain fiscally responsible.

Why would it need a special diet? If this thing is roughly 1000 human body-masses and it would require something like rations for about 100 humans (calorie intake does up via 2/3 power of mass IIRC).

Your kaiju is just a dinosaur, what did giant dinosaurs eat? Normal food.

But your best guess is to make it vegetarian since the biggest land carnivore ever existed was Gigantosaurus and it was incredibly small when compared to giant herbivorous dinosaurs.

And you can see it happen to this day too, elephants and giraffes against lions or bisons and elk against wolves.

Carnivorous animals are really energy inefficient, meat is harder to get by for various reasons.

3) actually surviving all the infections from eating raw animals

Vegetables have more calories than meat. If we exclude cellulose then most grains have around 300 to 380 kilocalories per 100 grams compared to muscle which doesn't exceed 280 kilocalories.

Nuts and seeds range around 500 to 700 kilocalories, roughly the same as bone marrow, but seeds ans nuts are easier to get by than bone marrow... You don't have to chase and kill an animal as big or bigger than you to eat some seeds.

The only animal material more caloric than vegetables is pure lard standing at 900 kilocalories per 100 grams but it doesn't offer any nutrients other than energy.

If we account for cellulose the even leaves and grasses are a a decent food source.

Cellulose makes up 30% to 35% of a leaf or grass structure and has 4 kilocalories per gram for those animals who can digest it. Which means that a 100 grams of grass has roughly 150 to 200 kilocalories depending on the type of plant. It doesn't have just cellulose but also other types of proteins and carbohydrates which add up to calorie count.

If you wanted your giant kaiju to eat something more exotic and cheap ditch nuclear matter and go for Rocks... Your giant dinosaur can digest rocks..

Trying to think of a novel way to reach the conclusion without invoking the 80 hamburger answer, it occurred to me that if this is an engineered being, then perhaps we don't need to stop with normal biology.

Indeed, one of the problems with plant based photosynthesis is dealing with waste heat, but an animal has a circulatory system which could be adapted to deal with waste heat disposal (once again, a series of plates could act as radiators). Wading into the ocean or a lake is easily explained by using the water as a heat sink to dump excess waste heat after an operation.

Since this is the military, and we want to be able to operate 24/7, the best answer might be to carefully "tune" the system to operate at a particular wavelength for maximum efficiency. During non operational periods, the creature can bask in the sun and "trickle charge", but on operation the accompanying soldiers, escorting aircraft and so on bath him in laser light to keep him energized at maximum efficiency

We need another pass over Kaiju 56A, give it 500 nanometres for 30 seconds, over 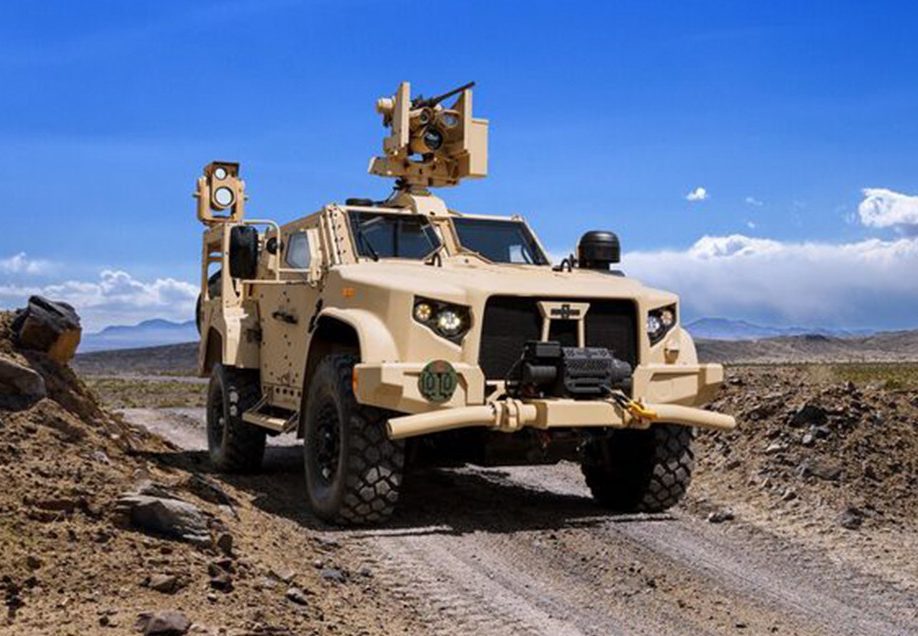 Tell him I can't hold the beam if he keeps jumping around like that!

So a laser powered, photosynthetic kaiju can explain the rows of plates on the back and the need to enter the ocean periodically. As part of an integrated combat team, the lasers can also serve to provide an ever shifting web of energy against incoming missiles, artillery and other weapons, while the kaiju serves to distract the enemy as to what is really going on. 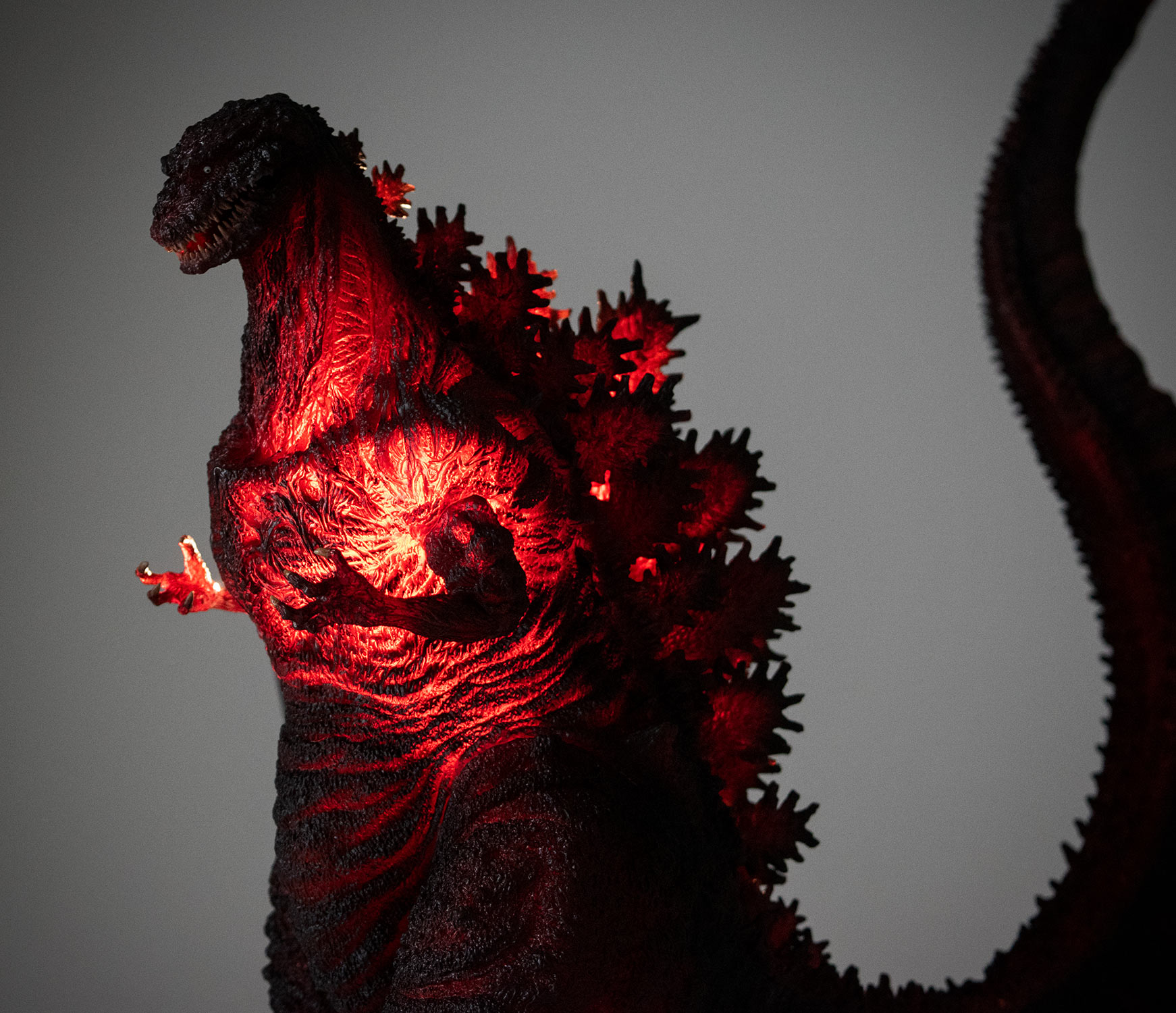 Ready to dump some energy into the heat sink

It makes about as much sense as attacking the enemy with machine gun jetpacks....

Not the answer you're looking for? Browse other questions tagged science-based food logistics kaiju or ask your own question.

2
How long can humans survive on this diet?

6
What unexplained historical events or disasters could a kaiju have been responsible for?
5
Are kaiju more probable if they aren't carbon-based lifeforms?
7
City defenses against kaiju attacks?
11
Could a society of Kaiju exist logically?
2
Could A Building Hold A Kaiju?
4
How to make a kaiju in a city?