How would head shaping affect the ligament attachments of a gorillas skull?

After researching many head shaping cultures like the Paracas and proto Nazca it seems there is no adverse affects beyond physical. What would the affects be on a gorilla? Would it be able to function normally or would it be unable to continue a normal gorilla life? Looking at the ridges on a gorillas skull had got me curious.

The main difference here would be most likely a weaker mandible. Comparing the skulls of your examples with a gorila's we can see both the paracas and proto nazca have weaker, less broad mandibles and lack a sagittal crest, meaning weaker bite force and chewing power. While it is theorized that chewing isn't the only factor that influences these crests, a gorilla with such a skull structure, while likely having more space for the brain, would loose a fair amount of force in the mandibles, which could be problematic for feeding. How exactly the brain would develop in such a skull is beyond my knowledge (what a beautiful way to say "I don't know") and likely more into a speculation scenario.

Just like Paranthropus, an ancient human species similar to homo sapiens, Gorillas have a crest on their skull too.

This crest is an attachment point for muscles, just like the knee caps or the elbow, it's useful for incredibly strong muscles that would otherwise disrupt bone.

If you deform that crest it will affect the muscle, I believe it might actually make the massive jaw muscles of the gorilla even stronger by forcing it to be longer.

Longer muscles are always faster, and speed is strength.

So it would actually cause jaw problems because of muscular imabalances since the jaw muscle will be too strong and you will expect several mouth deformities to occur. 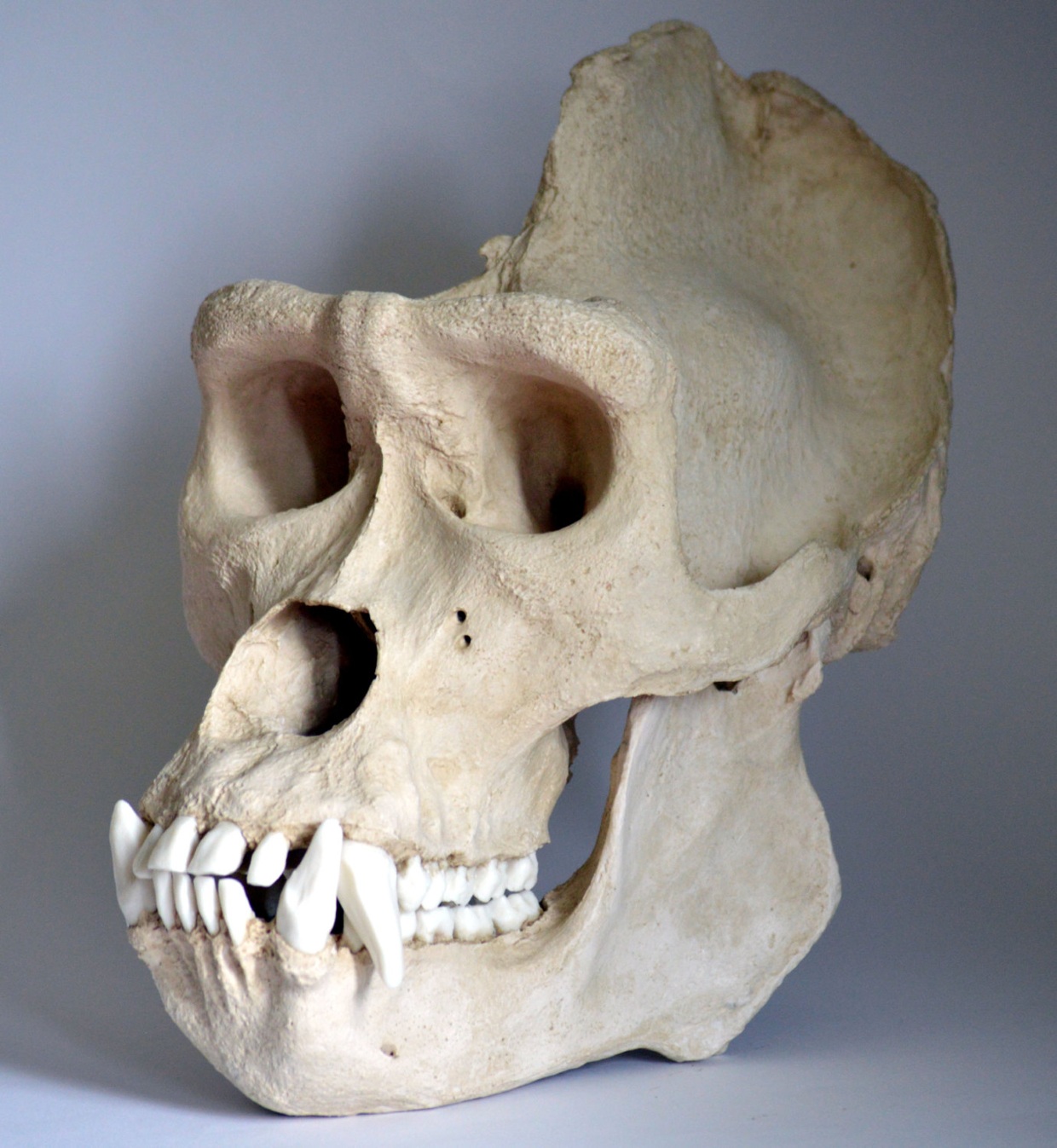 Just imagine if your masseter muscle was way stronger than normal, your teeth would be crushed against the jaw bone deforming it and possibly causing deadly disseases. Dental care is a serious matter.

It is even believed that most human facial deformities are caused by dental posture and bad muscle balances, it is believed that people who breathe with their mouth during youth develop too much the muscles that pull down the jaw and this deforms the skull resulting in really ugly individuals

(that's also why mouth breather is an insult)

So it might not be the smartest choices for those gorilas to deform their crest.

Not the answer you're looking for? Browse other questions tagged biology culture fauna anatomy bio-mechanics or ask your own question.

56
Would gorillas with human-level intelligence make effective soldiers?
2
How would increased gravity affect the mass of livestock?
47
Avoiding moral hazard concerning Pokolpok (ancient Maya ball game)
8
Creating a scientifically semi-valid super-soldier, part 8: Communication
2
How would giant penguins affect the arctic/Antarctic ecosystem?
3
One finger, one thumb, one arm, one leg, one nod of the head
6
How would a literal eye on the back of the head work?
4
Could a human grow up larger by manipulating their endocrine system?
1
How would wings on the head work? What muscle structure would they need and how flexible could they be?