Can one (re)learn empathy if they have the necessary structures?

In my world, I plan for an alien pathogen to cause drastic mutations in all lifeforms, reshaping plants, animals and humans alike in a scenario of near inversion of positions, with animals and certain plants mutating and achieving human-level brains and with many growing in size, while human minds degrade to something more primitive, not all the way to reptilian brains, but more like that of a more primitive pack hunting mammal. Patient 0 however has different changes.

Patient 0, while actually achieving a relatively more complex and efficient brain, doesn't escape to the "rewiring" characteristic of the pathogen. Rather than what I planned on this question, patient zero (let's call him "A") suffers from a sense of overall detachment towards his previous group, seeing the infected with a desire to to protect and care for (justified both by the viral alterations as well as by events in his life). At the same time, "A" normally sees uninfected humans as one would normally see an ant (complete indifference, at times an annoyance, at times something interesting to watch). "A" also has by default (moment 0 after he mutates) a relatively atrophied sense of guilt and what one could call a "turned off" empathy sensibility.

Important info: "A" was mutated at the age of 15-16 years old, and still possesses the brain structures necessary for empathic behavior. He also still has memories of his time as a normal human and of his empathic capabilities (he didn't have any problems similar to ASPD). However, the virus caused what one could call a "rewiring" on his sense of empathy, essentially making his empathic capabilities towards others, especially the non-infected, to be "optional".

In order words, "A" has both the structures necessary for empathic behavior and memories of a time he was capable of empathy towards humans. Given this scenario, Could "A", based mostly on his memories and the presence of the necessary structures, essentially "learn" how to emphatize with the non-infected again, be it with or without help? The main motivation for him to do so is a relative inner conflict towards how he once saw and now sees his family, friends and classmates, as well as his own view of empathy as an evolutionary advantage regarding the construction of a more peaceful world (plus the mutated elephants still can do it so it bothers him not to).

Regarding what I found in research and personal experience: despite human empathy being considered to decrease with evolutionary divergence time, there seem to be people who demonstrate a higher level of empathy and compassion towards creatures usually not empathized with, such as arthropods, which makes me wonder if "A" too couldn't emulate something similar with a "species" that's already similar to him and to which he once belonged. Regarding research, most of what I found didn't quite answer my question, being mostly focused either on "how to be a more understanding partner in a relationship" or "living life as a psychopath", Although This information got me quite intrigued, and made me wonder whether something similar could apply to my character, and whether he could make use of rational though combined with an "empathy switch" to at least achieve a state of active empathy, in which he will need to be actively trying to empathize with those around him, but still demonstrate something.

If you are viewing the virus as damaging altering part of the brain, over time the brain can adapt and rely on different portions of the to perform some of those functions.

In my limited understanding, it is not just about damage occurring (e.g. from a stroke) and recovering function, but can also be in response to traumatic events and how memories are formed and reinforced.

How much of empathy is societal programming and how that overlays with a more physical point of view of how the brain is wired and remakes connections is probably not well understood.

I think the premise is interesting and a variety of things could influence the character resulting in changing behavior over time.

The time it takes is also important. It takes time for the brain to re-wire, and reinforcement can be important. So time could be an important elements of how your characters might develop.

The figure is pretty generic, perhaps what your virus is doing is just making the brain very plastic for a while, and then society, and the improved intelligent animals need to rewire themselves after catching the virus in new ways that change their behaviors. 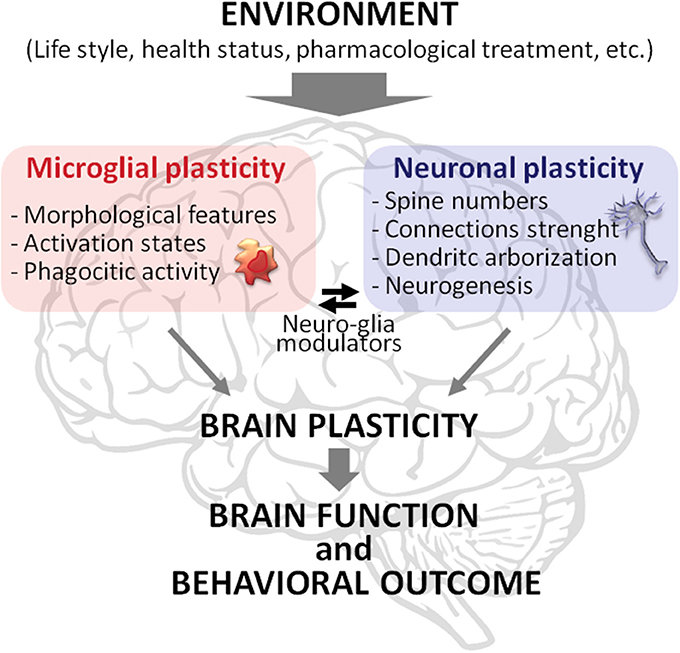 Refer to Blade Runner. How does a robot learn empathy? Learn to value life? Empathy is a learned response, based on learned values. Why can being "A" easily kill another being, but being "B" can't hurt a fly? Learned values. Using the MEAT COMPUTER analogy....programming. You need to find an event or situation that enables your character to experience a learning moment.

Not the answer you're looking for? Browse other questions tagged reality-check psychology or ask your own question.

4
Rewiring the way one views his kind

61
What are the conditions in which a creature would evolve more than one brain?
3
What would happen in a society where people would die when they have immoral thoughts or actions?
5
What sort of claws would be best utilized for melee combat and quickly scaling the walls of a modern day building?
0
Would personal energy shields be useful in hand to hand combat?
2
Is this a plausible way for an alien organism to unwittingly cause a mass apocalypse on Earth?
44
Would a horse be sufficient buffer to prevent injury when falling from a great height?
8
Why might the vast majority of my alien species be incredibly kind and compassionate?
4
Rewiring the way one views his kind
6
Insect-powered shoes