How can a demonic parasite protect its future investment?

Elves are born with different amounts of mana, which increases as they age and will determine their potential of magical power. Elven maidens with large reserves of mana usually produce powerful children. Mana is transfered from the mother to the child through the umbilical cord during pregnancy. Under normal circumstances, the baby feeds of this mana to grow over a period of nine months.

However, abnormalities can occur during this process. Normal interaction between fetus and mother causes a small irregularity in the power structure of our own dimension. Dark entities can take advantage of this in rare cases, ripping it larger and turning the fetus into the equivalent of a mana black hole. Mana is pulled towards the fetus and leaves our dimension entirely to feed the parasite. This new parasitic child is referred to as a dark elf. The unborn child sucks the mother's life force faster than she can regenerate it, draining her completely and turning her into a husk.

The parasitic entity seeks to use the child as a conduit to feed on the mana of others. However, the effect it has on the parent becomes evident due to the effects. As it becomes obvious what the child is, it would naturally be aborted in order to save the mother's life and to prevent it from causing further damage in the world. Even if the child is born, it would be immediately killed, being recognized as a monster. This would deny the entity its vessel and rob it of the mana that it seeks to feed on.

How can this entity ensure that its vessel isn't killed so it can survive to adulthood?

magic mythical-creatures parasites
Share
Improve this question
edited May 12 '20 at 2:32

Once the connection to the fetus is established, push mana out through the hole into the fetus, allowing the child to grow more powerful without sapping life from its biological mother. Push a little mana out to the mother as well so that she has a very easy pregnancy, allowing her to develop the normal emotional attachment which mothers form with their children. She will then become the guardian your child will need. Consider this lost mana as an investment in the future; a future which can be very rich indeed if the prodigal child rises into the power structure of the elf community.

As the child matures, have it seek out non-elf prey and feed upon them, returning some of the original investment to its demonic master. But the real return begins when the powerful young elf comes to power. Bleeding a mother of her nascent mana is nothing compared to luring full grown elf warrior-mages into demonic traps.

As with so many things in the real world, the best solutions require patience.

When thinking about how to write mythical creatures, it can be a good idea to start with real creatures. In the real world, parasites often have to make sure that they don't consume so much of a host's resources that the host rapidly dies. For example, according to Wikipedia, a vampire bat drinks at most one ounce of blood from its targets (pictured below). Tapeworms offer one of the most direct comparisons to what you're imagining:

A tapeworm is a long parasitic worm that absorbed nutrients through its skin from the digestive tract. The longest tapeworm came from a whale and measured at one hundred and twenty feet. The tapeworm will hook itself into the wall of the intestine with its teeth. They can cause a whale to become malnourished, but as long as enough nutrients are absorbed for the whale and the parasite there generally aren't complications. (Source)

Just like the tapeworm leaves enough nutrients for its host to continue living, the dark elves should only take part of the mana being provided to the fetus. 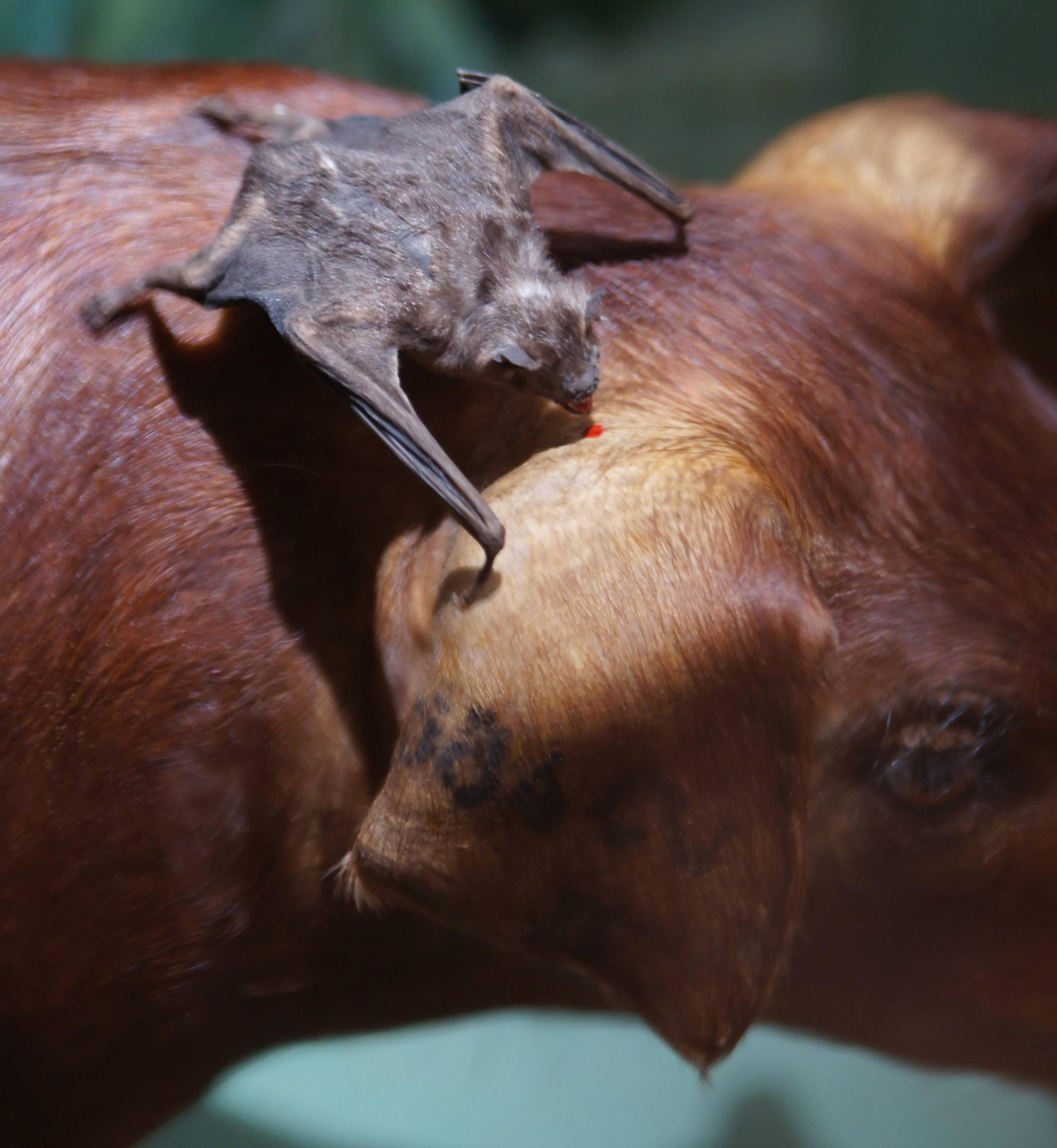 There are four options

All of which could be used as tactics in combination.

It could be that this "dark entity" isn't so much a dark entity from another world as an otherworldly creature in the realm of the elves. Let's say that an elf warrior-mage slays the demon with a vendetta against the royal family and in return gets to marry the princess. This fits the above description, as demons come from a foreign realm and are definitely otherworldly, and it's clearly in the Elf Realm.

However, what he did not realize was that as he struck the demon, one of its tentacles wasn't flailing but rather moving deliberately to stab into his shadow. You see, when a demon dies, the life force sustaining its form is weakened and isn't enough to hold its darkness together. This wouldn't be a problem, exactly, it would just dissipate into the ether if it weren't for the fact that demons are the most vengeful beings in the realm and that vengeful desire causes them to explode violently in their final moments.

This demon took advantage of that, knowing that if it forged a link to the warrior-mage's shadow before this happened that the link would draw at least (guesstimating) 10% of its dark spirit into the warrior-mage's shadow and therefore into him. He didn't notice or feel the corruption flowing through his shadow and suffusing into his very being because, y'know, he was preoccupied with the violent explosion slamming into him like a sledgehammer.

That darkness lay dormant inside the elf-mage, drawing power from his inner darkness until he decided to have a kid and therefore passed on that dark spark to his wife's womb. Through the physical and magical connection between the fetus and the mother, the darkness grew even stronger, drawing power from the mother's dark side.

Drawing power from someone's dark side doesn't hurt them; it's like a spring that only weakens with an increased connection to light, a constantly renewing source. So instead of turning the mother into a husk, it actually does nothing except drain away her inner darkness, which actually benefits her and those around her by reducing her negative emotions and making her more pleasant to be around.

However, this child will be born as a physical manifestation of his parent's dark side, his inner darkness still sleeping because babies are innate potential. Like a seed cannot become a flower right after sprouting and must grow with time, a dark elf must grow old enough to realize their true nature and embrace it, resulting in a horrifying transformation into a dark elf-AKA a demon in elf form. 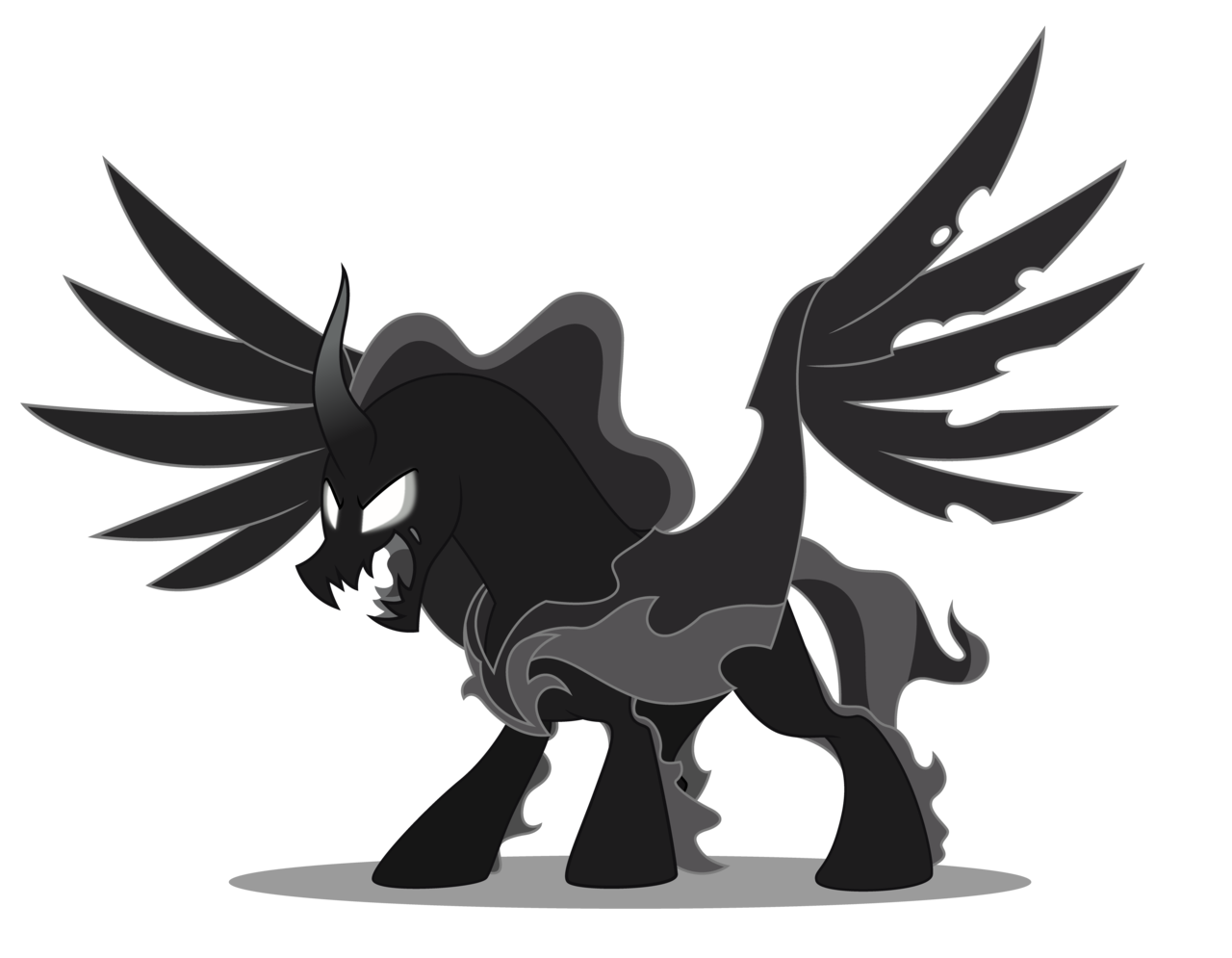 Just make the parasite eat enough mana to sustain itself. It can't kill the mother because if it does, the baby elf will die before reaching adulthood. Let's say the entity has the head and front quarters of a saber-toothed tiger with a goat head protruding from the middle of his back and the hindquarters of a goat with a cobra that is as long as the whole body and tiger head combined for a tail, with the front legs and torso hulking, heavily built, and muscular, but the hind legs are comparatively very small and thin. The entity, named Outcast, seeps into the unborn elf and eats enough mana to not kill the mother, but allow him to finally use his dark powers. When the elf is born, Outcast stays hidden inside the brain and seizes control of the elf, communicating with the young elf using a video chat spell. As the young elf matures, Outcast uses the elf to steal mana from other elves and lure full-grown elf warriors into demonic traps.

Not the answer you're looking for? Browse other questions tagged magic mythical-creatures parasites or ask your own question.

10
How plausible is a parasite that reverts hybrids back to a primal state of mind?
6
How could re-absorption of mana be dangerous to an expecting mother?
22
What can a parasite offer its human hosts in a mutualistic relationship?
1
How can a witch be prevented from getting weaker?
14
How can I make female battle mages a good investment for warfare?
3
How can a creature that feeds on energy not grow more powerful?
10
How can demonic patrons be made to value quality over quantity?