How feasible would non-jawed vertebrates be on land?

In my alien world life has evolved very convergently with life on Earth. Carbon-based lifeforms managed to evolve multicellularity and evolved a lineage of organisms in line with early fish, however on my planet facial tentacles were favored rather than lost. As the notochord evolved and a skeletal system began to ossify, the mouth still utilized highly specialized tentacles. Some of these fish equivalents developed bony protrusions on their tentacles that were sharp or flat depending on the diet of the fish. Basically, these organisms became bony fish without jaws but very muscular faces. The various forms of tentacles acted as the various forms of jaws on Earth.

Eventually, some species made the jump from water to land, evolving in a similar manner to amphibians and eventually reptiles. In this scenario, there are no jaws in the skull. What would the skeletal mouth area of this organism display? I have some ideas such as: a much thicker, robust bone structure ensuring more muscle attachment points and/or a larger braincase for the complex neural needs for many tentacles.

Furthermore, if these reptile equivalents were to increase in size and evolve similar to dinosaurs or today's mammals would these organisms be able to thrive with this different form of oral intake? It seems that because of the tentacular mouth being a part of the common ancestor of all terrestrial megafauna it should be simply an alternative to jawed Earth organisms.

Essentially I would like to understand what bone structure would evolve and are there any factors of terrestrial life that would hinder the expansion of these jawless organisms?

Note: Chewing would be done through the use of the "teeth" that evolved on the inner layer of tentacles or through protrusions in the mouth itself.

EDIT: I guess what I would like to understand is what the ossification of a conodont-type organism's skull would lead to. Perhaps something similar to the lamprey's cranium with a support system for the "teeth" and muscles or closer to a hagfish with a less supported oral area? Seen here

If these jawless creatures have a 2-boned jaw like fish on earth, they will likely evolve to have horizontally opening jaws, similar to a hagfish, with the tentacles folding inside the jaw when not in use. However, this jaw might end up being used only to cover and protect the mouth, being more like a bone eyelid for the mouth.

Well if the outer limbs keep filling the role of that jaws do you could most likely keep the mouth an muscular orifice that does the last bit of grinding and separation of the meat similar to what I did with my design of my Shifter. 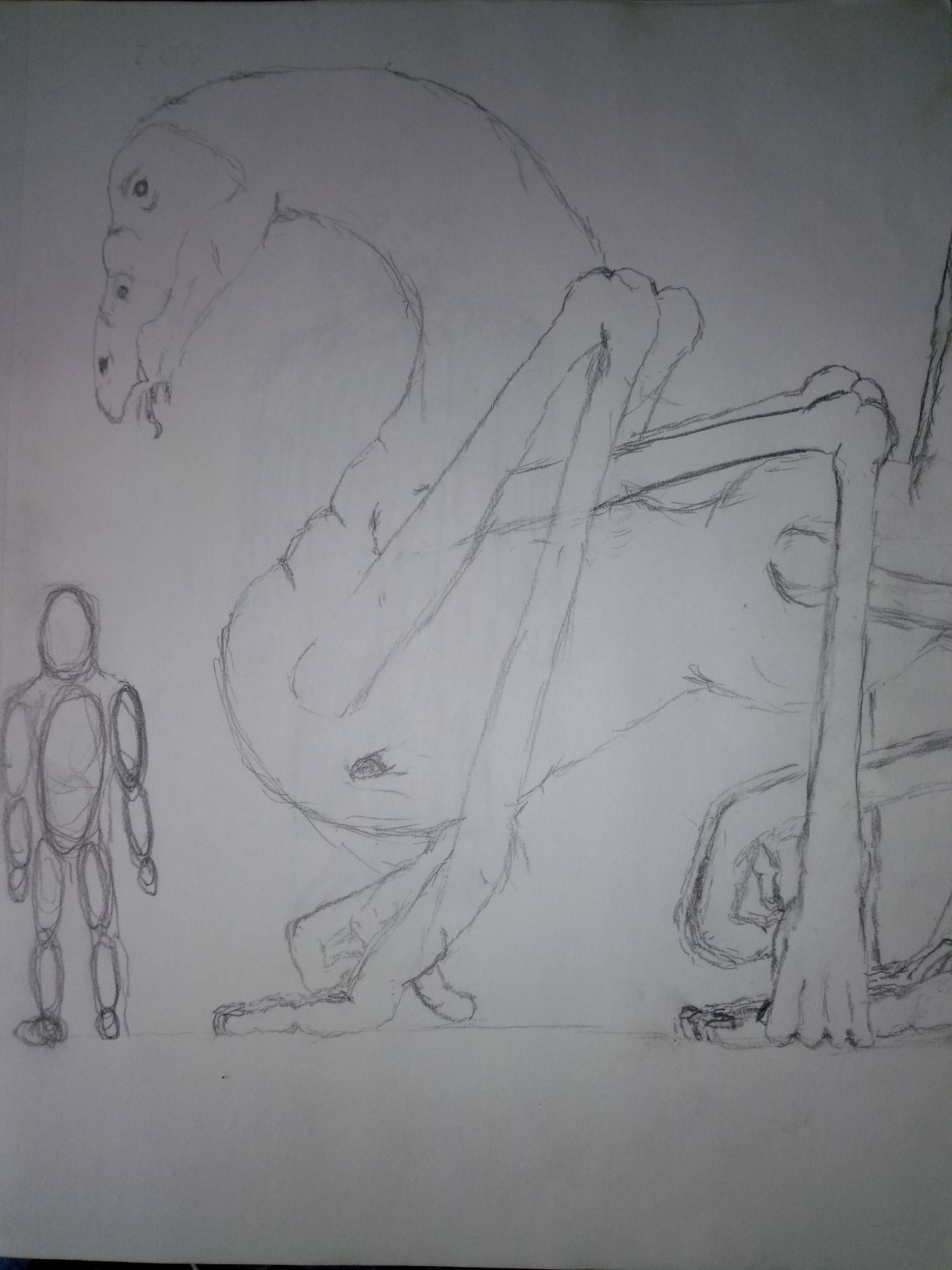 The main problem here would be that you have essentially many radulas. A radula is essentially a "tongue with teeth" found in many mollusks. That alone should show how good it is for getting food, with the biggest members being octopuses and squids (especially squids), and both developed a hard chitin beak in addition to their tongues.

So could they thrive? Yes, after all we have many species of snail on land. However I can't guarantee they'd be able to get too big though, as the development of a jaw was precisely what allowed for bigger animals due to an easier food intake. If your tentacles by themselves are capable of taking in food effectively, then it's possible that they can grow well.

So regarding the structure to make them as effective as possible, I'd go with the tentacles becoming flattened and filled with tooth-like protrusions, much similar to a tiger's tongue or a radula (see the new gama hunters from the Re remake for a better idea). Additionally, these tentacles would likely be covered by a layer of skin when not in use. To complement for the lack of chewing (because sadly tentacles are unlikely to do that effectively) your creatures will likely need a gizzard, essentially a section of the stomach that is responsible for "chewing" the food, present in many birds (less muscular in carnivores than in herbivores). Also remember your skulls will need many attachment points for the tentacles if you want them to be strong (likely with structures analogous to sagittal crests on the sides and lower part of the skull to serve as attachment for the base of the tentwcles), plus they'll also have a system similar to an octopus, in which the muscles are connected to one another.

So summing up: can it work? Maybe. They'll likely have flattened, prehensile tentacles responsible from ripping and crushing plant matter as well as scraping flesh off of bones. The ingested food will then go to the stomach and then gizzard to be "chewed" once more, return to the stomach (further digestion) and go to the intestines. Regarding movement of the animal, I don't see the different head influencing it too much, maybe a need for stronger necks due to the head being a bit heavier, but that should be it. However I'm not sure if they'd be able to grow to sizes such as those of dinosaurs and megafauna, simply because this kind of mouth structure is overall less effective than the presence of mandibles (see how there's almost no jawless fish left). 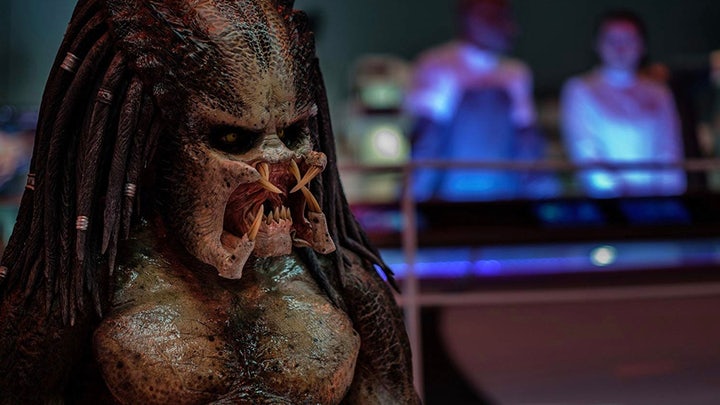 As illustrated in this article about the movie Predator, this is an iconic design for an alien face (pretty common - I remember a poodle with this design in a movie somewhere...). Insects and other arthropods have two pairs of specialized legs turned into upper and lower jaws. Humans can have something similar happen in upper jaw development (cleft palate), because the maxillae are actually produced from structures (not limbs or tentacles though) to either side that fold in beneath the ancestral upper jaw. (Looking at Predator here, I see they have a fifth limb at the chin, and more complex structure above, much more like your ring of tentacles than I had recalled) Your tentacles would follow roughly the same evolutionary course.

Not the answer you're looking for? Browse other questions tagged science-based reality-check creature-design evolution .

7
What would life around a hydrothermal vent on Europa be like?
2
What environment would support an electric alien species?
6
How can my creature use explosives to get the maximum bite force/speed?
1
Alternative origins for the lungs
4
Could this organism be viable?
5
Can the dunkleosteus jaw model work on a land predator?
7
Semi-terrestrial/Amphibious Jellyfish?
6
Can two distinct large isolated life pockets on the planet evolve independently and then merge without driving one another to extinction?
4
Evolution of ossicones like structures to tentacle or trunk like limbs
3
I need help with aquatic arthropods