I wonder if it is possible to install artificial equipment that would exhaust oxygen into air in otherwise CO2 atmosphere so that locally people could breath in open air without any kind of tent or dome?

I mean, imagine a public park with walking lanes with benches and there are oxygen holes in the pavement that constantly inject oxygen into air so that people can party in the open air without masks.

An atmosphere with 7% CO2 is already toxic for humans. 80% CO2 will be therefore lethal.

That apart, diffusing oxygen in a local way it is surely possible, however mind that any local excess would result in an increased fire hazard. Moreover, going from 0 to 20% concentration requires a different flow than what is needed to replace what humans consume with respiration.

It's probably safer to provide each person with an individual bottle, delivering oxygen directly in their nostrils. 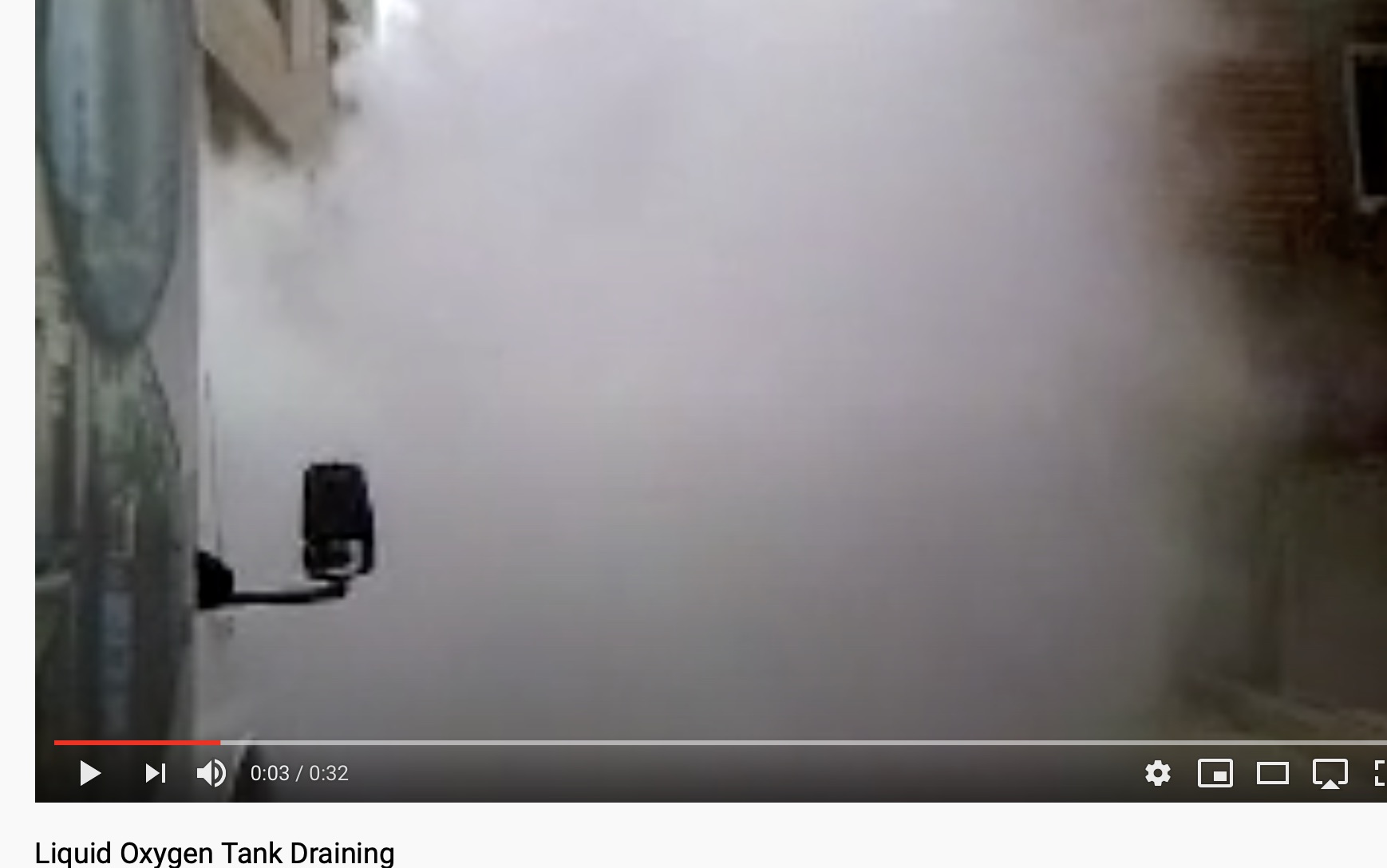 Depicted - a liquid oxygen tank vents, and the supercold gas produced hugs the ground. You can see it because it is making the moisture in the air condense. I hope no-one was having a smoke break during this; they would have gone thru their cigarettes fast.

You could do something like what you propose with a temperature differential - an open to the sky park in an alien environment. If you had your park walk sunken down, like a canal, you could flood it with cold oxygen and it would stay down there to some degree, rolling under and pushing up the hotter CO2. O2 is a lighter molecule than CO2 but cold gas is denser that hot gas. You could use that to produce your effect.

Truly you might want to use a cold mix of oxygen and nitrogen in case anyone wanted to smoke in the park.

Dutch scientists already experimented with ultraviolet lasers that can split co2 into oxygen and carbon. But why do that when plant life can do it for you. In an atmosphere made of majority CO2, plants would grow like crazy.

Algae and cyanobacteria would also proliferate in this environment.

Not the answer you're looking for? Browse other questions tagged science-based atmosphere space-colonization engineering terraforming or ask your own question.

4
Artificial volcanos on Mars to recover its atmosphere
4
Using liquefaction of gases to make an habitable dome
3
Would an atmosphere of supercritical CO2 affect available light?
7
Putting oxygen on the Moon - the easy way
3
Carbon cycle on planet with mainly CO2 atmosphere
7
Feasibility of Hydrogen-Oxygen Atmosphere
7
Artificial atmosphere bubble around a planet?
3
Is a dense CO2 atmosphere compatible with an ocean
4
Pumping Oxygen into Titans atmosphere