Someone invents a Darkness Generator. What commercial applications would it have? [closed]

Ask Question
Asked 6 months ago
Active 6 months ago
Viewed 199 times
8
$\begingroup$
Closed. This question is opinion-based. It is not currently accepting answers.

If someone invented a field manipulator that created a region through which no form of light could enter or pass through, effectively making a sphere of complete darkness, what sort of practical applications might such a thing have?

It would appear from the outside to be a solid black sphere, and when inside it you would feel no ill effects other than maybe a little disorientation from the absolute darkness.

The size would be theoretically as big as someone could build the generator, but power wise, the biggest anyone would be able to make and sustain would be the size of a typical sports arena. The zone would be spherical with the generator at the centre. Sound, and physical passage through the field would be absolutely normal, so such things as RADAR would not be impeded, (from a "Stealth" perspective).

From a narrative point of view I'm trying to reconcile the funding that would have gone into such a device. Someone needed to say, "Ooh, I could use that for XX, here's lots of money... go do it."

Orbit the device around the Sun at the L1 Lagrange Point - and if the strength of field is related to its radius, change the sphere of darkness's radius to the point where it partially eclipses the sun and reduces the sun's light from reaching part of Earth.

Position it at the same location as DISCOVR: 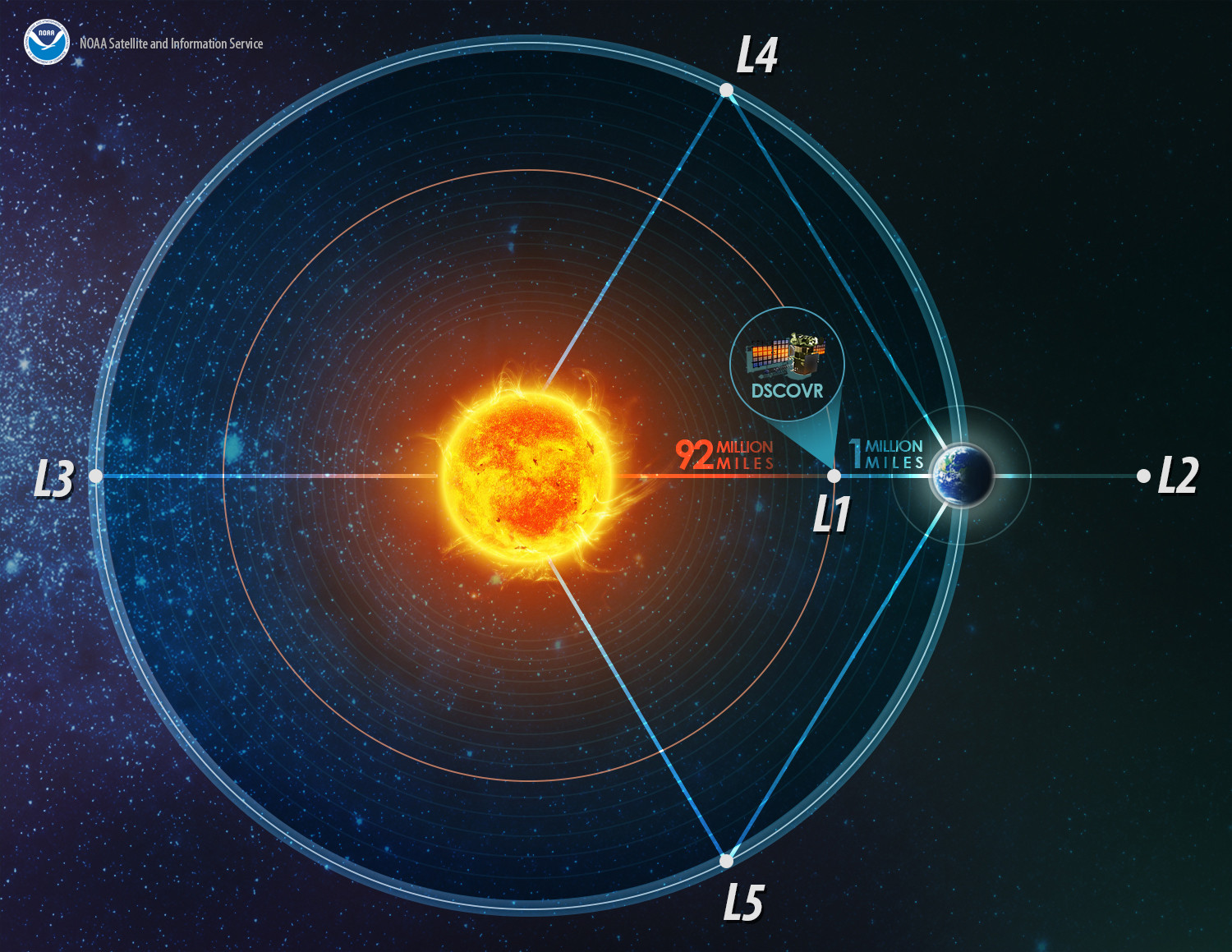 By reducing the energy received from the sun it would be possible to control the amount of heat energy on Earth, and this could solve Climate Change and be desirable for:

Such a device could easily receive billions in funding from these interested parties.

Perhaps this is not a commercial application, but most innovations start off with military applications, and then work their way into normal day to day life.

The darkness generator is the newest weapon developed by the army. Against a technologically underdeveloped or unprepared enemy, it provides a massive advantage by completely blocking off all vision as well as communications equipment (by also blocking off electromagnetic waves).

A specially trained Darkness Squad can set up the generator around their target, and have their own portable sonar devices and dead reckoning systems to guide them in the darkness. As @Matthew pointed out, they can communicate among each other using modulators and demodulators for their voices using sound frequencies beyond the range of the human ear (ultrasonic or infrasonic transmitters and receivers) which can be encrypted and decrypted for added security. Specially created weapons that fire based on sound cues, and melee weapons would most likely be their go-to method of attack.

With the Darkness Squads' superior communications and sensors, the enemies plunged into darkness and blocked off from any form of communication don't stand a chance.

An area the size of a football field is more than enough to shut down operations and communications in an entire building, and it makes it extremely difficult to send in reinforcements, due to the communications block off and lack of visual confirmation in the generator's area of effect.

Eventually, the world will have seen enough use of the generator, that easy ways to counter it will be found, discontinuing its usage for military purposes. Instead, it is now used in areas around the world for the agriculture industry.

Farming in the desert could be achieved as well, as long as the soil and water conditions can be provided, the amount of heat and sunlight can be fine-tuned through use of the generator.

Perhaps the most useful application would be the use of the darkness generator in space colonies on the outer planets.

By using the generator on habitation areas of a planet, it is possible to bring down the amount of sunlight, and thus heat, in certain habitation areas, bringing down the total temperature. Of course, this will not reduce the heat brought through the air from surrounding areas, but should help alleviate some of the heat wave from the ground in the generator's area, which will make otherwise uninhabitable areas much more bearable for habitation.

Also, with the blocking of electromagnetic waves, the darkness generator could drastically reduce the amount of radiation humans experience while on certain planets, such as Europa, where the radiation is enough to be fatal in just one day (although blocking off just the sunlight for temperature related purposes would not be useful, considering Europa's temperature is something like -170 degrees).

People sleep better when it's dark. People who have to sleep during the day have a hard time. Santhi et al (2005) found that controlling the exposure to light and darkness can help the circadian rthyms of shift workers. When I was an overnight policy analyst, no amount of eye masks, blackout curtains, and other tools could replace the darkness of night. I would have gladly paid for a darkness generator that could generate a field the size of my head. That would have also let my wife go about her life and turn lights on in the apartment without waking me.

Sleep is also a big deal for young children. My wife is pregnant and we're already thinking about it. Being able to cast true and total darkness would benefit both parents and children. People spend billions of dollars every year on baby stuff. I've recently realized that slapping the word "baby" on a product means you can charge extra for it, so the "GizTech 84A Baby Darkness Generator" could conceivably cost $1,000+.

You want to write some fiction based on science, right? Because what you describe is either trivial or impossible.

Make one darkness generator with a cross-section of 1sqm. Put it in the Sun light. Every second, the thingy absorbs about 1000J from the Sun's light when placed at sea level.

A lot depends on how the tech works, and I like these ideas. Here are my thoughts.

Not the answer you're looking for? Browse other questions tagged science-fiction or ask your own question.

23
What would Earth have to do to “go dark”?
3
What would cause cyborgs to not have a reflection?
2
Localized manipulation of the speed of light
0
What would happen if someone could remotely manipulate atoms?
2
What is the quickest way to kill someone using nanobots?