How hard would it be for a post apocalyptic society to create rocket launchers?

I've been working on this post apocalyptic setting, and I was wondering how hard it is to make rockets for murdering purposes. I know the technology to make rockets is pretty old, so, could a society create the type of things we would comprehend as a rocket launcher? By that I mean A big tube that you stick a self propelled flying explosive device in to shoot at enemies. The society making them already has gunsmiths who know how to make firearms, but I don't know if rockets are that much harder to make.

It is my opinion that post-apocalyptic humans could definitely make themselves RPGs; the Chinese were doing it even before firearms were invented.

This would be relatively easy to accomplish. Although there are many options, the most easily done would be either black powder (charcoal + sulphur + saltpeter) or saltpeter + sugar. Although it would be somewhat more expensive in your setting, I would probably go with saltpeter + sugar; it has a longer range.

Although you could probably use nitroglycerin or dynamite, I would probably stay away from those; Nitroglycerin explodes if you look at it wrong, while dynamite is somewhat hard to make and doesn't store well.

Considering this, I would probably go with black powder, with scrap metal or stones added for anti-personnel shrapnel.

That being said, I wouldn't count on a shaped charge like on "real" RPGs or mortars.

As I see it, you have two options here. You could either use it as a mortar (semi-fixed but the failure modes aren't too bad) or a shoulder-mounted / hip-fired system (easier to aim, but more likely to kill the user.) I would suggest sticking with a mortar-style system, as it is much less likely to blow up in your face.

However, you are going for the second option, which makes things a bit complicated.

First off, forget the concept of multiple-use launchers. They may be nicer (and, more importantly, less likely to blow up in your face), but they use metal. Normally you would just go ahead and make it out of metal, and everything would be good. However, you specified that this is a post-apocalyptic world. Now, I don't know about you, but I doubt that there's going to be much metal just laying around. Furthermore, it probably isn't going to be in a nice round pipe, let alone a usable nice round pipe. As a result, you have to use wood1.

Wood can be a bit of a problem. Yes, it normally comes in a (roughly) cylindrical shape. However, you have to have an auger or drill press to turn that cylinder into a tube. These probably aren't available in your setting, for the same reason that a metal pipe isn't.

Since there isn't any usable metal or easily available tools, your only suitable option is bamboo. This actually makes a lot of sense; it is a ready-made tube, and the Chinese used it to make rocket launchers for hundreds of years before they got access to European-style factories.

Your only viable option here is a contact fuse. This would be either mercury fulminate or black powder, with the vast majority of systems using the latter.

Much will depend on the resource base of your society, but as many posters have pointed out, rockets are actually easy to make, and have been part of the military inventory since about the 1200's in the Far East. The Chinese and Koreans used rockets, initially apparently as fireworks to scare horses and demoralize enemies, but rapidly graduated to various forms of rocket artillery. A relatively simple area weapon is the Korean Hwacha, which showered an enemy position with rocket propelled arrows. This would be good for breaking up enemy formations, or attacking enemy fortifications during a siege. 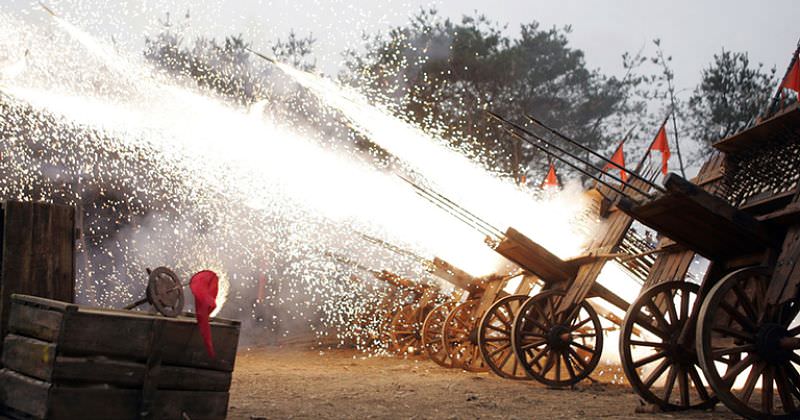 The key advantage here is the ability to create "arrow storms" without the need for 5000 highly trained archers. The downside is the time it will take to reload and reset the Hwacha's, so the commander will need to judge the battlefield carefully and use the arrow storm to create an effect, such as breaking a formation to allow a cavalry charge to scatter the enemy, or keep the defenders heads down while advancing against the city walls with engineers and ladders.

Rockets reappeared in the late 1700 to mid 1800's in the form of Congreve rockets used by the British Army. These were also simple metal tubes with long wooden sticks attached as a simple guidance device. While wildly inaccurate, they were far lighter than contemporary artillery, and the effects could certainly startle the enemy. Like the Hwacha, this was an area weapon best used in volleys 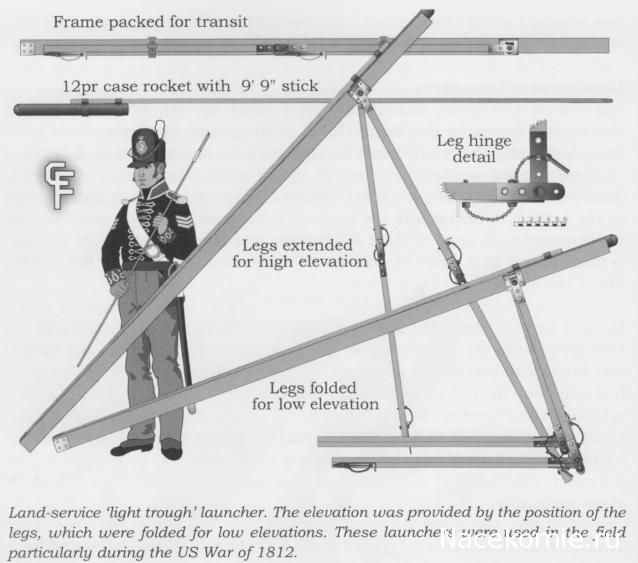 These two real life examples demonstrate the drawbacks of primitive rocket weapons. Rockets continued to be used in limited quantities in other conflicts, like the American Civil War, but conventional smoothbore and rifled artillery simply had more range, accuracy and hitting power, as well as the ability to switch between different target types by changing ammunition, whereas a different rocket would be needed against a different target. Rockets simply could not be counted on to hit point targets with any degree of reliability either, and this problem plagued rocket weapons even in WWII.

Weapons like the Bazooka or Panzerschreck are the products of fairly advanced industrial economies, and their descendants today all require fairly well developed and advanced logistics and manufacturing to be built. Actual long range missiles powered by rocket motors require even greater amounts of industrial and technological development, gyroscopic stabilization in flight, compact batteries to power flight controls and sensors and guidance systems are well beyond "post apocalyptic". 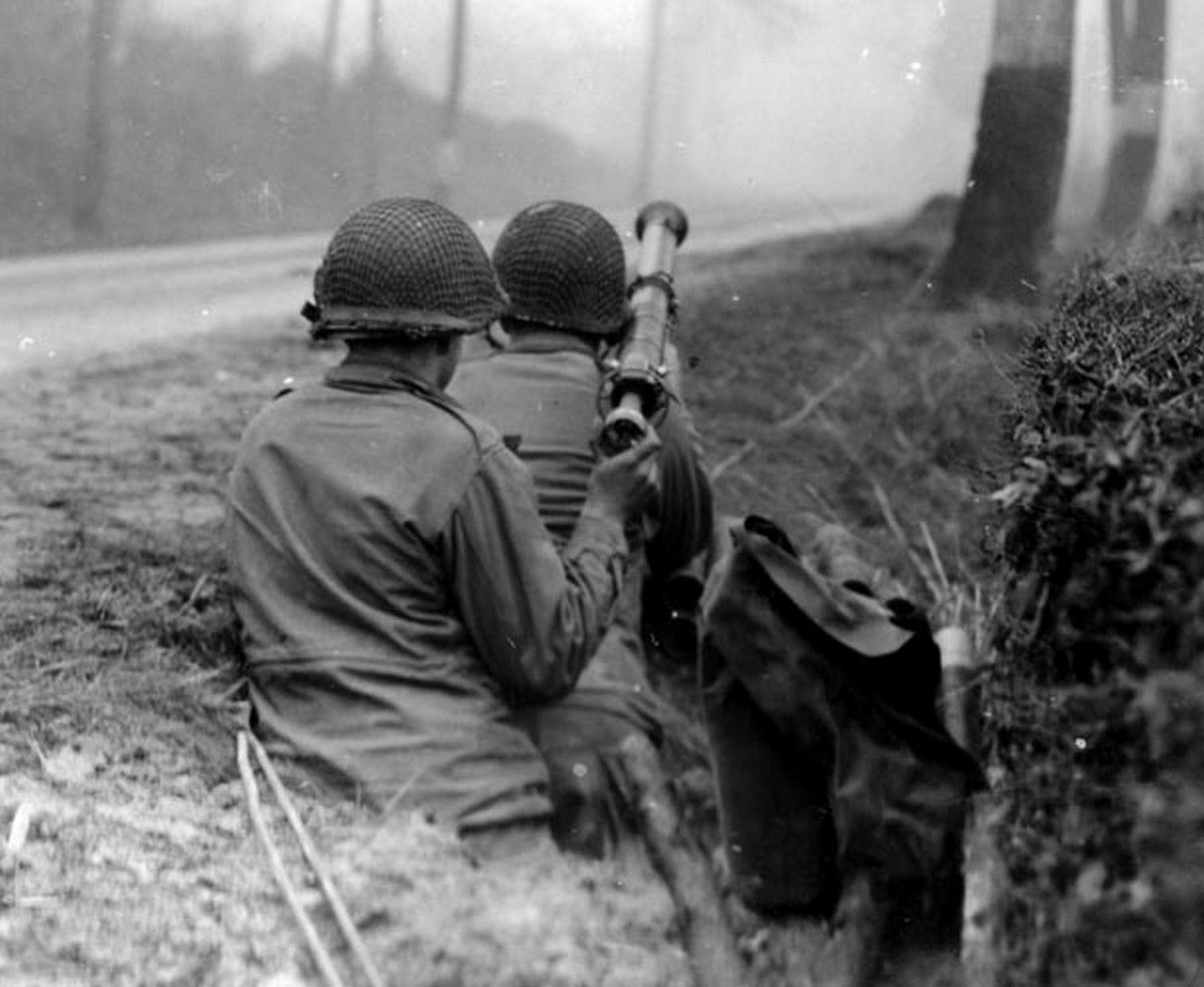 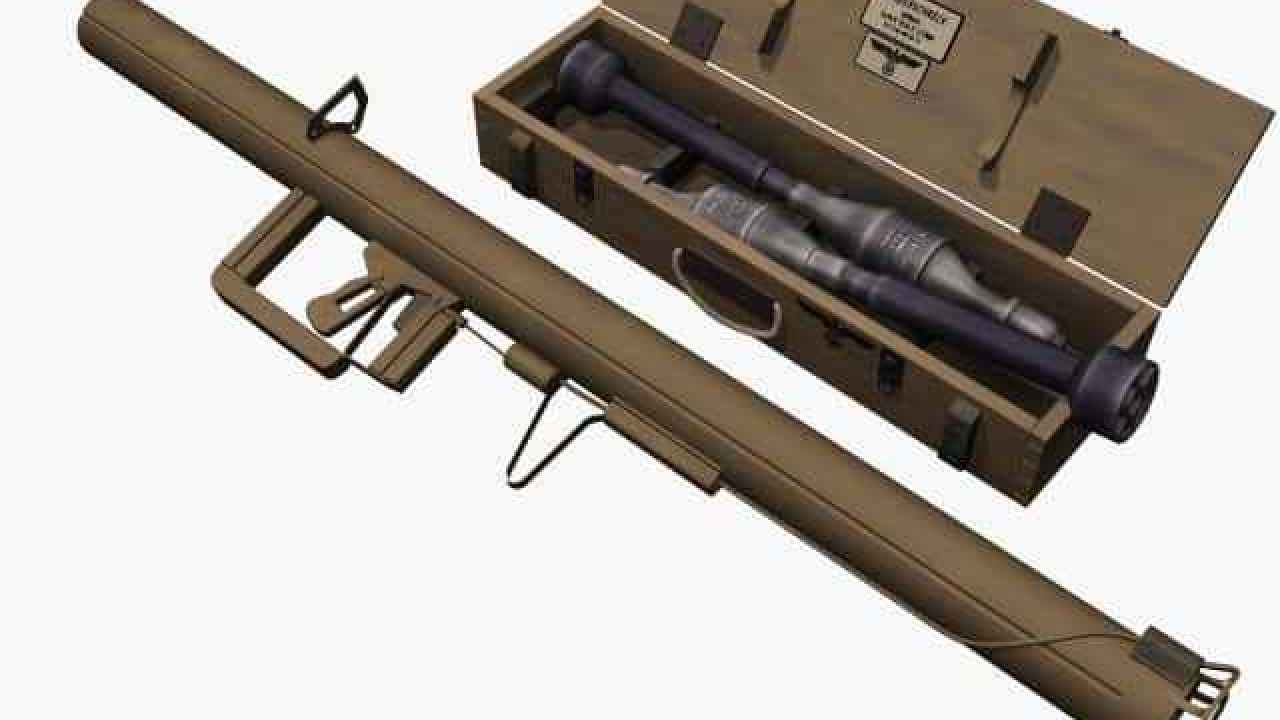 Panzerschreck. Consider the launcher is built to a high standard and finish, has a magneto built in to power the firing circuit, and requires high quality ammunition just to work, this is far beyond any post apocalyptic setting.

So rockets are relatively simple to build in a post apocalyptic setting, but will mainly be useful as area weapons to supplement or substitute for artillery.

Relatively easy. Black powder out of sulfur, charcoal, and saltpeter, put it into a tube, a stick as stabilizer, light it with a long fuse and run away quickly.

Much harder. The rocket I described is simply scaled-up fireworks, and while there are plenty of injuries and even fires started with fireworks every new year's eve, many of these injuries are to the people who launch the things.

Rocket launchers are easier to make than firearms. They're just hollow tubes. Anyone with access to pipe can make them. They don't even necessarily need to be metal. Internal pressures are much lower than in firearms. Even the rockets are easier to make than bullets. The only tricky part is the rocket fuel, which needs to be more uniform than the propellant in bullets. But this isn't insurmountable.

Making an accurate rocket launcher is difficult though. Rockets need to be precisely made if you want them to fly straight. Bullets are relatively easy to make uniform, anyone with a mold can make them pretty uniform. But rockets are much more complicated than a little ball of lead. Its hard to make them precisely.

It's definitely doable if you have a small workshop and some metal working skills.

Homemade rockets are used pretty frequently by insurgent groups- see for example these homemade rockets used in Syria. While they probably arent going to hit what they aim at, they will definitely make a mess of anything on the receiving end.

Note that these examples are not really "rocket launchers" in the conventional sense as they are rockets held on a angled platform and then fired as opposed to a launching tube, but it wouldn't be too difficult to adapt the concept.

One thing to point out is that these are probably going to be as dangerous to the user as the recipient.

Not the answer you're looking for? Browse other questions tagged warfare post-apocalypse rockets .