Are there *plausible* planetary conditions where jet aircraft just don't have much advantage over propeller-driven aircraft?

I've seen Which is easier to develop: a piston prop engine or a jet engine? and my own Effects of ~10atm pressure on engine design neither of which answers this.

Would different atmospheric density, composition, etc. ever be able to achieve this? Are there conditions under which no practical aircraft could reach the speed at which jets are a significant advantage in the first place?

PS. And not conditions where rockets have an advantage over both.

Jet engines need at least some oxygen to operate. As the answers here illustrate, they don't need much oxygen, but there's a point where the atmosphere has so little oxygen that a jet engine can't operate efficiently. The "combustion" part of the diagram below will peter out.

On Earth, propeller-driven aircraft also operate using combustion engines, either a jet engine (turboprop) or traditional internal combustion. Obviously, they would also be affected by a lack of oxygen. You basically have two options: either bring your own oxygen (i.e. use a rocket) or find another way to power the propeller. There are projects at various stages of development to use electricity to power planes.

You don't see many jet aircraft in the backcountry of Alaska (though there are exceptions). If you want a reasonably priced plane that can carry passengers and freight through small dirt airstrips, you're going to want a prop. They're easier to repair, cheaper to operate, and less susceptible to foreign object debris. More broadly, you should think about the missions you want aircraft to accomplish in your world. If most aviation is regional and consists of ferrying goods and passengers over short distances in rough terrain, a prop is a natural fit. Supersonic travel across oceans would require more in-story explanation for why you're not using a jet.

In fact, you might even wonder why use a jet engine at all, given these factors, but most users who have other considerations like speed, the need for a very compact powerplant, silence in operation (pump jets) and so on find these considerations have far greater priority than fuel efficiency. 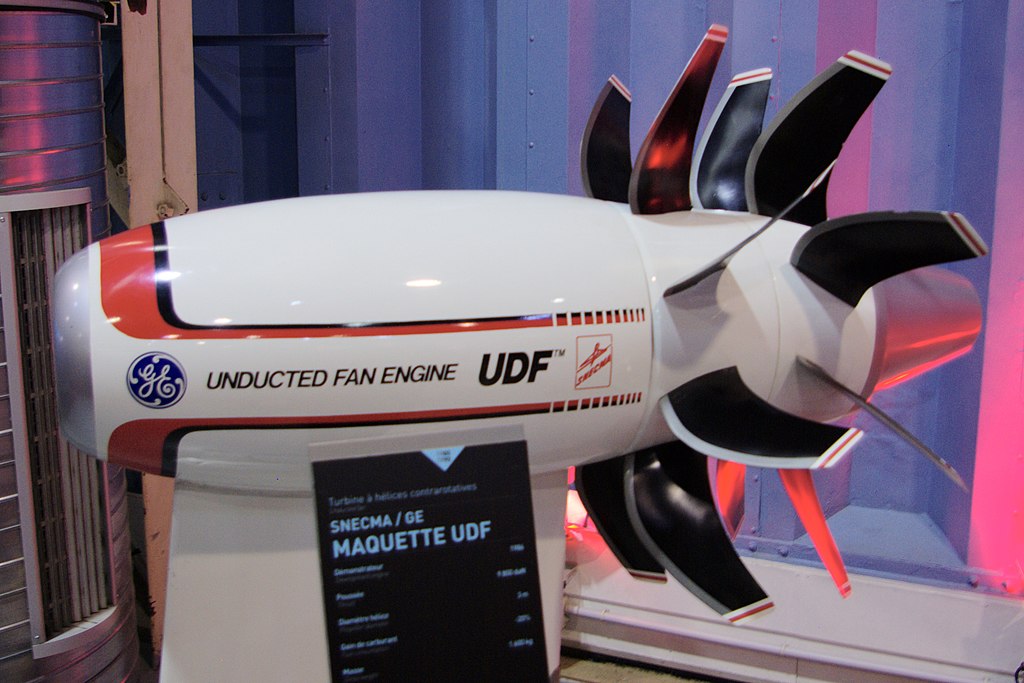 Unfortunatly I can no longer find the link outlining performance, but back in the 1990's there was experimentation with something called an "unducted fan", which was a form of turboprop which dispensed with the usual gearbox and used the turbine to drive the unducted fan blades with minimal speed reduction. While this was extremely noisy (the main reason that it was never adopted), there were great gains in fuel efficiency, and the large area that the unducted fan could "grab" when running gave the plane far superior performance in things like short field take off. The Soviet Union and now Russia have done more development work on unducted fan engines (they have far less stringent requirements for noise reduction, and most of their engines seem to be used on military transports) 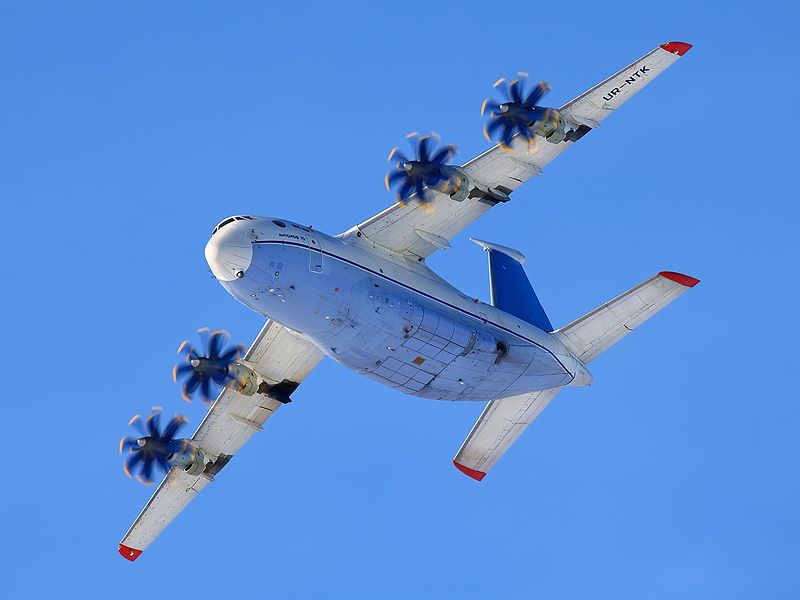 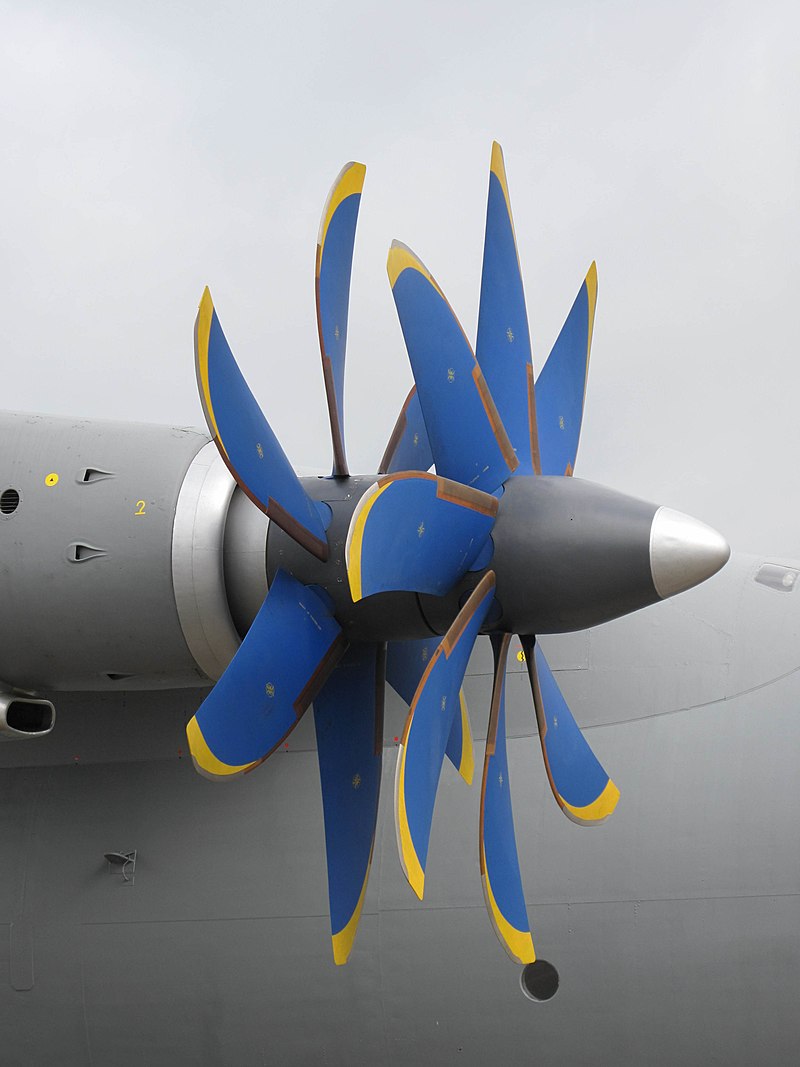 So the primary advantages of propellers is their efficiency (within the correct flight regime - no propeller can power a supersonic aircraft, for example) and greater performance in certain aspects, like short field take off. The power plant is actually irrelevant, model aircraft are powered by rubber bands, two stroke "glow plug" engines and electric motors, while most common propeller driven aircraft are powered by piston or turbine engines. A steam engine for propeller aircraft was developed in the 1930's, the Germans used diesel engines for a period during that time as well, and any other motive power source, like a Stirling engine could be used as well.

Not the answer you're looking for? Browse other questions tagged science-based atmosphere vehicles .

10
Which is easier to develop: a piston prop engine or a jet engine?
9
Are there plausible planetary conditions that make aircraft less effective weapons against ships?
11
A planet without the materials to make jet engines -- plausible?
12
Effects of ~10atm pressure on engine design

5
A world with 1/3rd gravity but 1/2 atmospheric pressure. Would it be easier to fly?
4
How extreme can I make an altered solar cycle without destroying an inhabited world?
12
Feasibility of an 'Oxygen Radiation Zone': a non-pressurized natural formation on Mars that provides suitable atmosphere
11
Determining climate and biomes in a non-planetary setting
3
Could a species develop the tech necessary to land on their own moon without comprehending light?
7
Are there any plausible 'alternative' methods of planetary formation?
8
Sprawling climbers: how will they develop tools and civilization?
5
Additional applications for advanced airships in my earth-like world
5
What is the largest achievable oxygen-atmosphere world?