How could dragon society avoid interacting with humanity?

One day, the people of a small village, near [----] woke up to a deafening roar, soon followed by bright flashes of light, coming from the nearby forest. As the roars and thuds didn't let up, they eventually approached the forest.

There, in a clearing, they saw two dragons, a larger red one and a smaller white. The red belched fire at the white one, who jumped sideways. However, the fire of the red changed its course. The moment the white saw that she breathed her own bluish flames which let out an ear-piercing shriek when they made contact with the red's causing both to disappear in a puff of smoke.

Using the moment the smokescreen appeared, the white one then lunged at the red, biting down his neck and tackling him on the ground. The red fought with all his power, but she was ferocious as if possessed by a devil. Eventually, his attacks slowed down until he barely moved. When the white one saw that, she released his neck and looked up at the "audience" who fled the moment.

Anyway, I was saying this because of all the societies and civilizations, present in my Metaverse (elements of my story ideas that outlived their setting and stuck with me), dragons are in a muddy territory. I already have the story but I always fail to build the dragon society around it.

What's the truth? That scene was a mundane territorial struggle between two dragons, while it's unusual for a female white dragon to win against a male red dragon, that apparently happened. Despite the theatrics, neither of the two were fighting to the death.

Biting down the neck is the dragon equivalent of a chokehold. Dragons can also decide what their flames do to the opponent (within the limits of acid-powered nanotechnology), other dragons can sense the effect of the fire by looking at it. I won't go into detail about the power of the dragonflame, so ask Avdol instead.

This kind of fight looks scary for humans as they don't see things with the eye of a dragon, A creature standing two meters at the shoulders and 6-10 meters in length, whose scales are like tenfold shields, tail like a whip that makes thunderclaps when striking, and a jaw that can crush a watermelon in one bite.

As for the prophecy. After the fight, the two dragons kinda sorta fell in love because opposites attract. I'm not sure how that translates to kings...

To summarize: You have big, loud flying creatures that people do try to seek out. Now, how can dragons actually avoid that part of humanity for potentially thousands of years (dragons live for long)?

As always, the tech level is late medieval with a hint of magic that's actually ancient/forgotten technology, with which we don't concern ourselves.

I think the best answer for this problem is for the dragons to make it as hard as possible for humans to reach them. If they can't rely on their impressive strength or their magical fire breath stuff to just kill anyone foolish enough to approach them, they can instead fall back on another one of their physical characteristics: wings. A dragon can fly away to some high up mountain peak, making it incredibly hard for anyone to reach them, and if a party big enough that it can't deal with them does get up? No problem, just fly back down or to another mountain. It's like playing tag, except you have wings and the person who is 'it' doesn't. The only way to reliably hunt a dragon would be through stealth while it's asleep, but the dragon could set something up, like a simple alarm trap, to warn them ahead of time.

They use their keen senses and exceptional camouflage

By your description it'd seem like your dragons have keen eyesight to the point they can identify magic by sight alone (at least their own magic) and react to it appropriately. Moreover they want to avoid humans. That way, if their senses are sharp enough, they might be able to sense humans approaching and simply go to the other direction. They could also prefer to live and nest in places harder for humans to reach or actively avoided (caves, the center of dangerous forests, top of mountains, etc).

But good senses alone won't help your large creature avoid humans. They should have good camouflage to go around their environment, maybe changing color during mating season to more vibrant tones, explaining a red dragon in the middle of a forest (salmons turn red and grow a humpback, so not impossible). See this example of a camouflaged lizard: 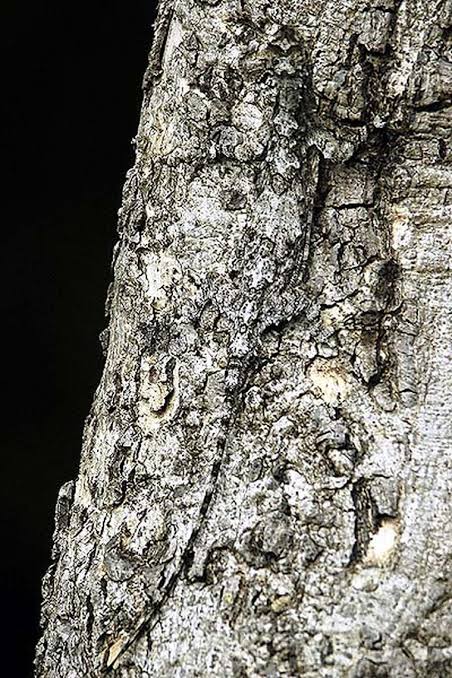 You can see that even for us that camouflage is decently effective. So if your dragons can blend in with their environment, it'll be a lot easier to hide, even for a large creature (lions can blend really well with the grasslands they live in, so that's an example of a big animal using camouflage). 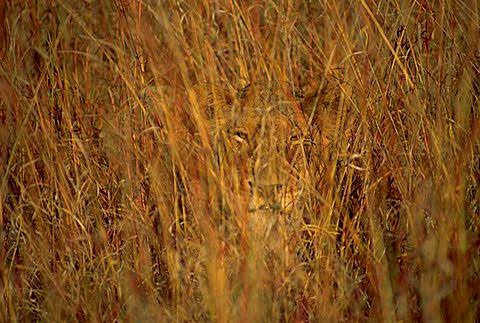 Alternatively, your dragons could be able to use magic to bend light around them (tied or not to their fire, depends on you) and become essentially invisible (normally that'd mean visible light wouldn't reach their eyes but in this case, because magic, it maybe could). This second option would allow for a larger range of colors unbound by their habitat and present year round, without making them stand out like a beacon in a dark night when they want to hide. Either strategy would help them greatly to hunt, as prey would need means other than their vision (especially in the second case) to avoid being hunted (just like we see in African fauna).

Humbug's answer is pretty much what I was thinking with my comment although I was going to suggest a little more:

As you note, their dragon breath is expensive to use, and in a close fight they might die. As such, give them fairly keen senses and good aim. Then they can just drop rocks on anyone they don't like, or drop explosives. They can set forests on fire, leave traps, and generally annoy and deter enemies.

This means that any enemy who faces them gets killed by massive boulders dropped from the sky. Aerial advantages are enough to deter most predators.

Families bonding together against major threats.

Against serious threats, close friends will drag their families into the fight. You may see dozens of dragons coming to bombard an army or set traps, if the threat is large enough.

Influencing the weather and wildlife

In addition to The Humbug's answer I propose that the dragons influence their surroundings to make their habitat less inviting for humans. That means they could cause a number of effects:

They live in deep caves far below the earth -- like many animals, including assorted lizards dragons are surprisingly adept are squeezing through spaces that look much too small for them.

Down undreground, they may have to traverse underwater sections of tunnel (they don't mind holding their breath for a few hours) or vast caverns with a floor hundreds of feet below (easy when you can fly) to get to their comfortable lairs, lined with gold or whatever other trinkets or fancies may appeal to your dragons.

Of course a few humans do go looking for them...it's just that nobody has ever come back alive to report of finding a dragon, so we don't know whether they succeeded.

The entrance to the so-called dragon-cave is over there. Many foolish folk have sought their fortune down there...many more wise folk have turned away.

Living in deep subterranean lava caves, largely considered inhospitable. Dragons are immune to fire damage, so they're right at home.

Surface access comes in the form of deep canyons and fissures. When a dragon wants to hunt on the surface, it crawls up a large dug underground tunnel to the bottom of a canyon, then flies or climbs up - only at night, to avoid detection.

Not the answer you're looking for? Browse other questions tagged science-based society medieval dragons .

38
How could Medieval cultures defend themselves against dragons?
12
How would a Dragon society, separated from a human society for 500 years, up until the modern day, have advanced differently?
6
What events for the Reconstituted Dragon ‘Olympics’ can best avoid civil war?
5
How to slay my acid dragon?
1
How could a pre-emptive attack on dragon make sense?
3
How could a single dragon pose a threat to more modern human settlements?
10
Flames with Unusual Colors