How do I explain the evolution of slug people?

I got motivated to write a novel after reading about ocean slugs that managed to evolve into fish. In my fictional world I'm writing how a few fish shaped slugs made their way on land and managed to evolve into intelligent humanoids. In my novel two species of slug people evolved , the first kind are Benevolent that feed on plants and the second kind are Malevolent predators that feed on other slug people.

I'm wondering in what conditions could such beings have evolved and what unique language or form of communication would they have developed? 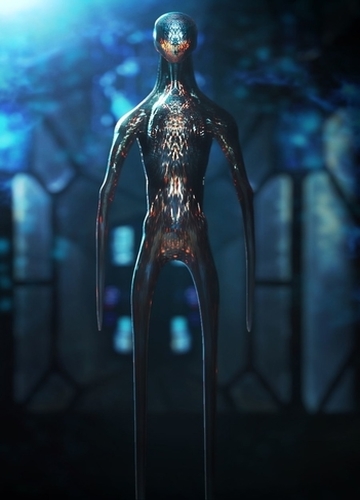 I'm wondering in what conditions could such beings have evolved

There aren't any. Evolving into a fish-like shape is no big deal. That general exterior form is fairly simple, fits a wide range of lifestyles, and as such has been convergently re-evolved from wildly different origins multiple times, producing ray-finned fish, lobe-finned fish, sharks, ichthyosaurs, whales, and penguins.

However, only the lobe-finned fish further developed into tetrapods, a basic body plan which, although it has undergone an amazing degree of radiation and re-evolved the fish form multiple times, has never been independently replicated. And even vaguely humanoid forms have never appeared in non-tetrapod lineages.

Nudibranchs completely lack the kind of internal structure that would permit them to follow in the footsteps of lobe-finned fishes and give rise to tetrapods, and thence humanoids. Getting humanoids from sea-slug ancestors would require so many radical intermediate changes that they happened to be descended from a slug in the deep, distant past would be completely irrelevant; they would retain no diagnostic features that would make that obvious in their modern morphology.

Now, intelligent beings that evolve from sea-slugs that crawl onto land, with a corresponding radically different physiology? That could be cool. But they won't be humanoid.

what unique language or form of communication would they have developed?

There is no way to tell. It could be literally anything. The problem is simply far too underspecified. Even humans use multiple different forms of communication--vocal/auditory, and manual/visual.

Not the answer you're looking for? Browse other questions tagged science-based creature-design science-fiction or ask your own question.