How would I create an alternative medieval fantasy religion based on the Catholic church that worships a pantheon of deities?

Currently trying to create a religion that follows around a dozen God/Goddesses for several cultures based on medieval Catholic Europeans (11th century onwards).

I have based the various deities roughly on those of ancient Greece/Rome with a Gaia/fertility goddess inspired head deity/mother of the gods at the top. This is a little twist I liked but am happy to change as I know medieval society was very much patriarchal and I am still working on that.

I have in mind replacing Cardinals with head priests of the various deities however I can’t wrap my head around how I can create an elected Pope figure in this religion from these head priests with separate patron deities. That brings me to how can I split the power and resources the medieval church had between a dozen Gods and I cant work it out.

Funny you should ask that... Let me offer a quick and very partial introduction on how the Roman state religion was organized.

It's not a Pope, it's a Supreme Pontiff

One of the titles of the Pope, Bishop of Rome, Patriarch of the West, is Supreme Pontiff, Pontifex Maximus (or Summus Pontifex) in Latin.

This title is old. Very old. As in, very much older than the Catholic Church or Christianity in general; and it has always been the title of the Great Priest of Rome, pagan or Christian.

At the top of the organized Roman state religion, back when Rome was pagan, was the College of Pontiffs, Collegium Pontificum; its members were the highest ranking priests of the state religion; it included the Rex Sacrorum (King of Sacraments), the fifteen flamens (high priests of the individual cults of Jupiter, Mars, Quirinus -- the flamines majores -- and 12 other deities -- the flamines minores), and the Vestals. The Pontifex Maximus was the head of the College of Pontiffs, and thus the Great Priest of Rome.

The title was carried over to the Christian Great Priest of Rome; there has been a Pontifex Maximus in Rome for 27 centuries now.

Aside: the word pontifex definitely looks like it should mean "bridge-maker". Lots of mental energy has been expended trying to understand why the Romans called (and still call) their Great Priest the Supreme Bridge-Maker, whereas actual bridge-makers were never called pontifices. 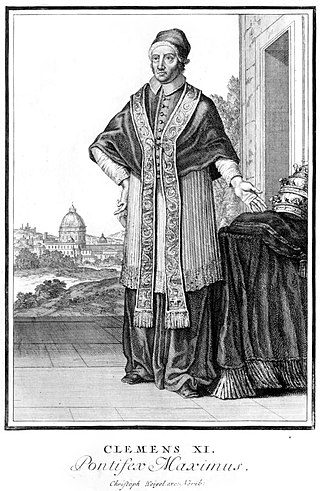 The way the Pontifex Maximus was appointed changed in the course of history.

The Roman pagan state religion did actually have such a position. The Great Priest of Rome was called the Pontifex Maximus or Supreme Pontiff and he (it was always a he) presided over a College of Pontiffs containing the highest-ranking priests of the cults of individual deities. The title was carried over to the Christian Great Priest when Christianity became the state religion.

Just loosen the doctrine enough to have the saints and the angels worshiped like gods.

Just as Jupiter was the "CEO" of the Pantheon, in this new doctrine it would the church god to have that role, with saints and angels playing the role of the other deities of the classical religion.

Consider that many rituals and festivities of the pagan tradition were assimilated into the new doctrine, to ease the transition to the new faith system. Therefore it is not entirely fictional to have such a development.

A godhead: If all twelve deities are emanations of one, potentially unknowable, deity then its possible they might agree to elect a single representor for their religion, who might be expected to behave impartially to each god/goddess.

A cycle: If there are exactly twelve then, for instance, each might have a dominion of a month, wherein the cardinal of that deity presides for a month and makes executive decisions for the religion and then at the end of the month steps down, while the next in line takes his/her place.

Not the answer you're looking for? Browse other questions tagged medieval religion medieval-europe or ask your own question.

9
Deity generation through the ages
39
How powerful would the church become if demons regularly visited Earth?
3
How could medieval fantasy alternative to a cannon work without magic or gunpowder?
6
How can the church stop Mass media from spreading throughout medieval Europe?
14
How can I prevent the Christian schism of 1054 in order to create a more unified church?
28
How does a religion based around destroying the world attract followers
8
Magic and Language Problem