I'm formulating a planet that has silver dust on its surface, and ideally has rivers of mercury flowing on it, possible? Human survival not necessary

I'm new to this and my scientific knowledge is massively lacking in this area (so please take it easy on me!) I'm writing a historical science-fiction novel. Parts of it set in the past (1977) and some of it set in the not so distant future.

I need to create a planet that has a layer of silver dust (not necessarily the element/metal silver, but silver in appearance) that covers the entire planet's surface. From a distant solar system, does not need to be similar to our solar system. I would also like to include rivers/lakes of mercury on the surface of the planet. Is it possible for a planet like this to exist and what would its chemical make-up be? Humans do not need to be able to survive there or even visit. Just two metal robots/spacecrafts... one is from Earth (launched 1977, Voyager) and one is from another planet (Robot, very sophisticated).

Should such a world be hand waved into existence and remain intact I would expect the vast majority of the planet to be composed of metallic elements. Many non-metals would react with mercury forming a range of salts that would spoil the appearance with a white or coloured crust.

Many metals also form amalgams with mercury so there would be a great deal of erosion of any metallic landscape. That said some metals are more resistant to forming amalgams such as iron, platinum, tantalum and tungsten so these elements might be more useful in constructing any landscape on the surface.

As an additional issue a world the size of the Earth built from heavy metals would have a much stronger gravitational field than the Earth, so it would be necessary to accept the higher gravity or specify a smaller planet.

Your planet is a construct. 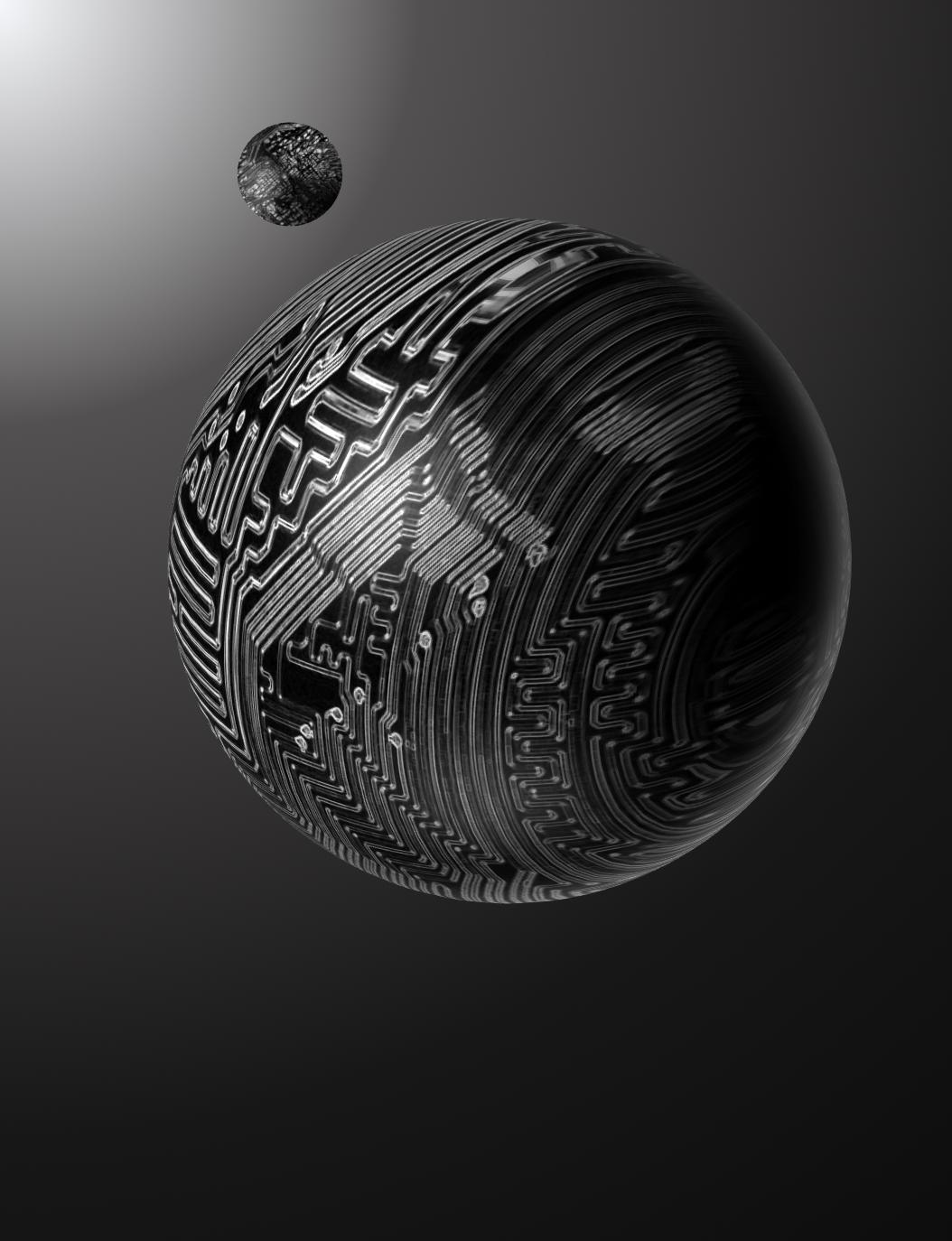 Liquid gallium rivers are its superficial circuits / arteries. The powdery surface is its skin, intended to slowly ablate as our skin does to protect from radiation and particle impacts.

This construct can be integrated into your story. Maybe it is of the same provenance as your advanced robot and they are part of a package. Maybe that robot built it, or found it and modified it for its own use.

I'm not sure of the viability of this:

Your planet started life as a jovian or superjovian world. It spiraled in towards it's parent, eating everything it encountered (and this was far more material than comprises our inner solar system), but then it got so close to it's parent that it was vaporized--but it's gravity was enough to hold onto the heaviest elements (at that temperature there are no compounds) anyway. It then moved back out and cooled. You're left with a cinder that's mostly heavy metals.

I do not know how to keep the mercury from reacting with the other heavy metals, though.

Not the answer you're looking for? Browse other questions tagged planets science-fiction spaceships solar-system or ask your own question.

5
Effect of red giant phase on the Solar System
9
Mass transit across the solar system
6
Geography and Appearance of an nitrogen/ammonia planet
6
How feasible is my Exo Planet - Penumbra
9
How could an alien mine exist under a planet's surface without humans detecting it from above?
7
Given the mass and composition of a planet, can one determine what the radius should be?
5
What would be the impact on Titan, Saturn and the Solar system if aliens harvested as much hydrocarbons as possible from Saturn's moon?
6
Super earth habitability
4
Moved into further orbits to protect them, how much damage do Earth and Moon take when the Sun expands?