Building an interstellar starship during transit

Would it be feasible to have an interstellar vessel be constructed in flight after smaller sections are boosted up to speed? The idea here is about using laser sails which would be easier to use with somewhat smaller designs, because of problems with areal density, the mass carried per unit of area(a consequence of the square/cube law).

The problem is that once you're up to speed, you'd really want artificial gravity. A ship small and light enough to make laser sails practical would be hard to give decent artificial gravity. So one potentially interesting solution occurred to me. Instead of building the ship before launching it, take smaller independent sections of the ship and launch them individually, building the full sized ship once they are all together. Does this seem feasible, once you accept the ideas of laser sails and interstellar vessels in the first place?

Another upside is that there is something of an interesting dramatic hook to the idea that the smaller ships are launched independently and form their own societies before coming together.

EDIT: To clarify, I mean in deep space, at a fairly high speed of around 10-20% of light speed. I'm assuming the big risk during construction would be that of collisions.

I don't think this is wise for laser-sail propelled craft.

Okay, you've thrown Spacecraft 1 at 10% of the speed of light, spending several months to years on your laser array running it up to that speed. Time to throw spacecraft 2.

How this happens is an interesting question; Perhaps Spacecraft 1 is using its laser sail as a mirror to reflect the laser now propelling it back at Spacecraft 2's sail. But if this process fails, Spacecraft 2 closes on Spacecraft 1 with a relative velocity at closest approach of a small fraction of the speed of light. The best-case scenario in this situation is that the spacecraft miss each other, decelerate at the destination, and rendezvous at saner velocities.

Oh, and Spacecraft 3 is on the way, moving even faster.

Either way, it is significantly less hassle to either build your laser sail colony ship at your spacedock, where you can make sure everything fits together and tests properly while there's still a shipyard within reach, or to throw multiple spacecraft that will function independently for the entire length of the journey. 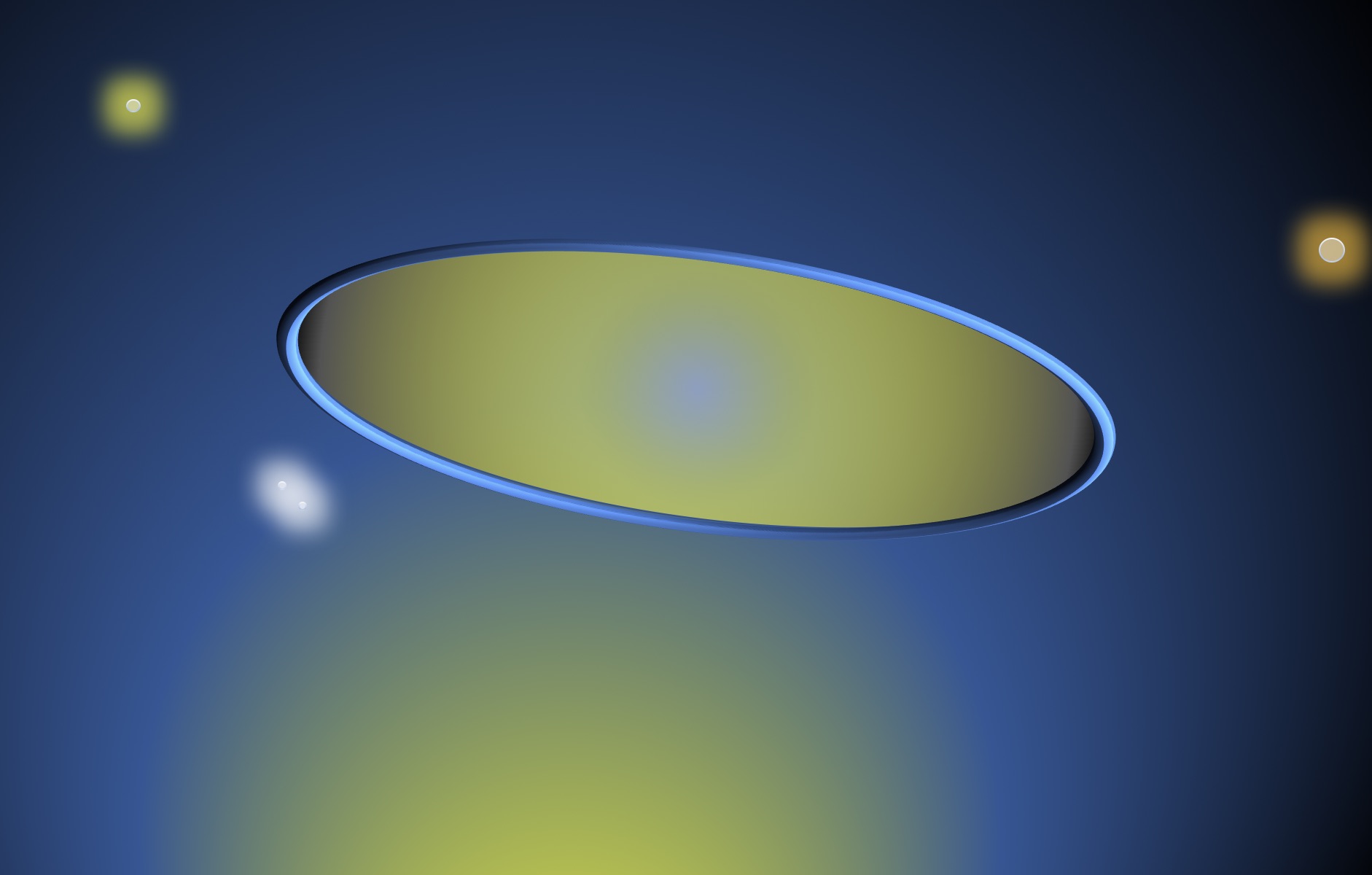 Your sail ships are large, light hoops. The sail is interior. The hoops are spinning. This serves double duty - the hoop will stay oriented on the laser pushing it because of gyroscopic stabilization. Also you will have artificial gravity everywhere in the hoop because of the spin.

If the spin rate is standardized that should not interfere with joining ships via stacking (not edge to edge). You would just need to match speeds.

Arranging for intercepts is essentially not possible.

The whole idea behind a laser sail is that it's a very small force applied for a very long time to achieve a very high velocity along a very specific vector. None of that lines up with what you'd need to achieve an intercept, which would be large forces along a different vector in short times, so that you can change your orbit to match your targets.

That would need to be achieved via conventional thrusters, which means that if you launch at dissimilar times, you're stuck carrying a TON of fuel, because in order to catch up you'd need to go MUCH faster then the very fast thing, and then slow down a LOT.

However, if they are launched in formation, they should have very similar relative speeds. This is identical to 'floating' next to eachother in similar orbit. The energy and fuel necessary to bring the pieces of the craft together after the desired orbit has been achieved should be fairly minimal, because their orbits will all be extremely similar.

This answers the logistical orbital questions, but it completely elides some, serious, larger concerns about this plan:

So, you have at least one manned ship in this fleet that needs to carry supplies and living quarters for the crew, and those supplies must last for at minimum, the entire duration of the acceleration, which is likely measured in years.

You're traveling at .1C relative to where you left, which is almost certainly a relative speed to the destination body that is a significant fraction of C. This also means that any mass that you pass along the way probably also has an enormous relative speed, which means gravitational capture or reverse slingshot is essentially off the table - You're going too fast for that to work.

You could use a laser sail to slow down, and launch a really powerful laser ahead of your crew - But you don't have one large enough for the new giant craft you just built.

Assuming you manage to engineer a solution to the issue of supplies, you still have a crew that is basically riding a space bullet with no brakes. You need an alternate system of propulsion capable of supplying the same order of magnitude of delta V that your construction fleet received from your space laser array - Which brings to mind the question of why you didn't just embark with one of those instead.

The concept is feasible. Launching multiple smaller ships that later on combine into a bigger vessel could be workable. There will be issues about matching velocities. This depends on either launching them all simultaneously or at different times.

However, smaller ships carrying personnel to form their own societies would have to be fairly big in their own right. This goes against most definitions of small. There would be no need for them to combine together to make a bigger ship.

Most ships boosted by laser sail work best if they have low mass. So if a swarm of small ships with small crews are launched and boosted up to speed by laser sails, then when they come together reorganizing multiple tranches of small groups of people into one much larger social organization that could be very tricky. As anyone with people management experience would tell you. Consider how something like organizational hierarchy would need to be established when you have many multiple groups where each small group has equivalent sets of skills as any other small group. So how do you decide who is going to be in charge? Tricky!

A related, though slightly different idea that would take advantage of the natural self-replicating capabilities of human beings.

(1) Send a small group of humans to a Kuiper belt object, say 100km in diameter. (2) Build a fusion reactor and use it to power a mass driver at the surface. (3) Use the mass driver to accelerate bulk material from the surface at 30km/s, say. The KBO will gradually gain orbital energy and will spiral out of the sun's gravitational field. (4) Continue to operate the mass driver and adjust the course of the KBO such that it is on course for a close flyby of one of the closer stars, say, Proxima, which is 4.2LY away (39.7tn km). With a final escape velocity of 20km/s, the KBO would reach its destination in 63,000 years. (5) In this transit time, the initially small group of humans would devote their efforts to paraterraforming the KBO, using the fusion reactor as a source of energy. Their numbers would gradually increase and as their destination neared, they would cannibalize the KBO to build colony ships, that would decelerate into orbit about the star.

Not the answer you're looking for? Browse other questions tagged reality-check space-travel spaceships .

22
Motivations for interstellar colonizations
6
Launching a Generation Ship
2
Powering a starship with solar cells
5
How do you detect a rock in interstellar space?
7
A way to hinder interstellar portalling? FTL travel
9
Are fly wheels a valid means of energy storage for powering a large space station?
9
Would this design be useful for surviving relativistic impacts?
20
How would a physicist explain this starship engine?
7
Is this a plausible interstellar propulsion system?
6
How to Salvage From a Sunken Spaceship