How big does a pelican type creature need to be to carry a grown up human inside its mouth and still fly?

as the title, my question is how big a pelican like creature with its pouch mouth need to be in order to carry grown up human and still fly.

since as far as i know hollow bone is to fragile for human to ride big flying creature on their back, and i want to know the possibility by carrying them using pelican type of mouth, beside i am not good with math and only know stone age physic at best.

if its not clear, i dont mean the pelican eat them or swallow them, but just carry them inside the pouch as a flying transportation, and i do at least think a way to make sure they dont accidentally get swallowed by using cormorant fishing method by tying their neck to make sure they dont swallow thing as big as human size while maybe i can incorporate it into a leash too to control the flying. 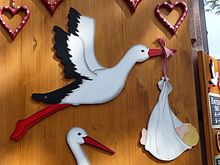 and feel free to edit my grammar and the tag to the appropriate one, (though i appreciate it if this is not removed when you edit it, give other a chance to know that they are welcome to fix or edit this, because sometimes the edit is not perfect or still has some flaw)

The largest extinct flying birds include:

Rivaling Argentavis in wingspan if not in bulk and mass, another contender for the largest known flying bird ever is Harpagornis moorei, which had a wingspan of up to 7.3 m (24 ft).7

The new species, Pelagornis sandersi, had an estimated wingspan of 20 to 24 feet (6.1 to 7.3 meters) when its feathers are included. This is up to more than twice as big as that of the royal albatross, the largest living flying bird, which has a wingspan of about 11.4 feet (3.5 meters).

To find out how P. sandersi could take off and stay aloft despite its giant size, Ksepka fed data about the bird's mass, wingspan and wing shape into a computer program designed to predict flight performance. The researchers estimated the bird weighed from 48.2 to 88.4 lbs. (21.9 to 40.1 kilograms).

The largest flying reptiles were even larger, real "terror dactyls".

The estimated wingspans of extinct birds include estimates of the length of their feathers at the wingtips, while the estimates for flying reptiles go to the tips of their wing bones.

Some species of pterosaurs grew to very large sizes and this has implications for their capacity for flight. Many pterosaurs were small but the largest had wingspans which exceeded 9 m (30 ft). The largest of these are estimated to have weighed 250 kilograms (550 lb). For comparison, the wandering albatross has the largest wingspan of living birds at up to 3.5 m (11 ft) but usually weighs less than 12 kilograms (26 lb). This indicates that the largest pterosaurs may have had higher wing loadings than modern birds (depending on wing profile) and this has implications for the manner in which pterosaur flight might differ from that of modern birds.

Factors such as the warmer climate of the Mesozoic or higher levels of atmospheric oxygen have been proposed but it is now generally agreed that even the largest pterosaurs could have flown in today's skies.[17] Partly, this is due to the presence of air sacs in their wing membranes,[18] and that pterosaurs launched into flight using their front limbs in a quadrupedal stance similar to that of modern bats, a method faster and less energy taxing that the bipedal launching of modern birds.19

The heaviest flying creature ever might possibly have been Quetzalcoatlus northropi:

Weight estimates for giant azhdarchids are extremely problematic because no existing species share a similar size or body plan, and in consequence, published results vary widely.5 Generalized weight, based on some studies that have historically found extremely low weight estimates for Quetzalcoatlus, was as low as 70 kg (150 lb) for a 10 m (32 ft 10 in) individual. A majority of estimates published since the 2000s have been substantially higher, around 200–250 kg (440–550 lb).5

Thus the largest known flying creatures on Earth weighed a few times as much as an average adult human. Would that make humans weight a small enough fraction for them to be able to take off carrying the extra weight? What is the greatest fraction of its own weight that any bird has ever carried?

Would the neck bones and muscles of the flying creature be strong enough to carry their head with the addition of the weight of an adult human?

If your setting is another planet, you might want to make it a planet with lower gravity and a denser atmosphere.

As a general rule, the higher the gravity of the planet the denser the atmosphere will be, but there are exceptions due to planetary conditions. For example, Titan has much lower gravity than Earth but a somewhat denser atmosphere, and Venus has slightly less gravity than Earth and many times as dense an atmosphere.

Not the answer you're looking for? Browse other questions tagged reality-check biology creature-design physics xenobiology .

5
How would you design a race of small humanoids such that they could ride a Quetzalcoatlus?

14
Where are all the non-aquatic mouthbrooders?
6
what the aquatic creature need in order to live or survive in my acid water?
4
Most effective shaped horn (horns)/ crest for a head butting human?
8
Can a horse-sized flying creature grab and carry a human's weight while flying?
14
Could a creature carry its own biome and be self-sustaining?
1
What organs or modifications are need for a biological creature to develop lethal force as a poop machine gun?
11
is it possible for creature to have loose jaw like snake but also has enough bite strength to bit off big chunk like most predator or human do?
3
what modifications or methods need for flying monster to withstand thunderstorm?
4
How a living creature could develop a way to create high pressures inside its body?