Biology behind a monster that is able to remain invisible

This is a post-apocalyptic setting I'm working on. The world has been overrun by invisible monsters from another parallel universe. They can be heard and smelled, and they can form claw prints on the ground - but they are invisible.

How would the science behind this work? One idea I've seen before is that they are able to bend all the light around themselves, but that would effectively make them blind as no light would reach their eyes (although, I feel like this might make for an interesting twist where the creature hunts by using vibration/echolocation)

What are some other possible mechanisms that might allow these creatures to be invisible? 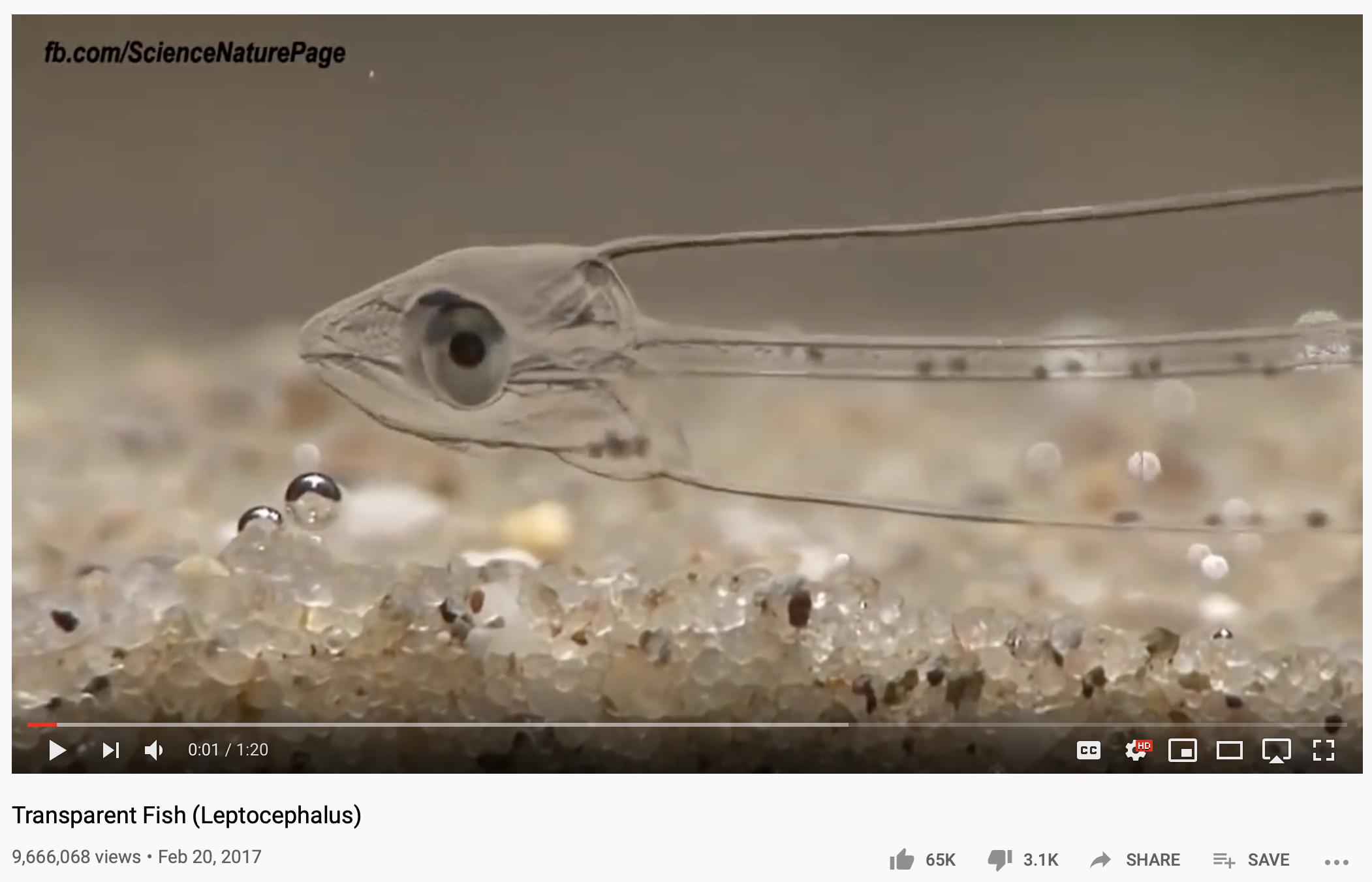 Transparency is a well established way to avoid being seen. Lots of water creatures from different phyla are invisible. Depicted is a transparent chordate cousin of ours. You can see him in the bright light of Youtube. Good luck if the water were shady or cloudy.

There are land creatures - insects - which are transparent to greater or lesser degrees too.

If you want to make your creature invisible without invoking wacky physics, make it see-thru.

Bending light is a super cool concept, but in nature a lot fo creatures do amazingly well with the simple ability to change colors (and textures).

I mean, look at this octopus: 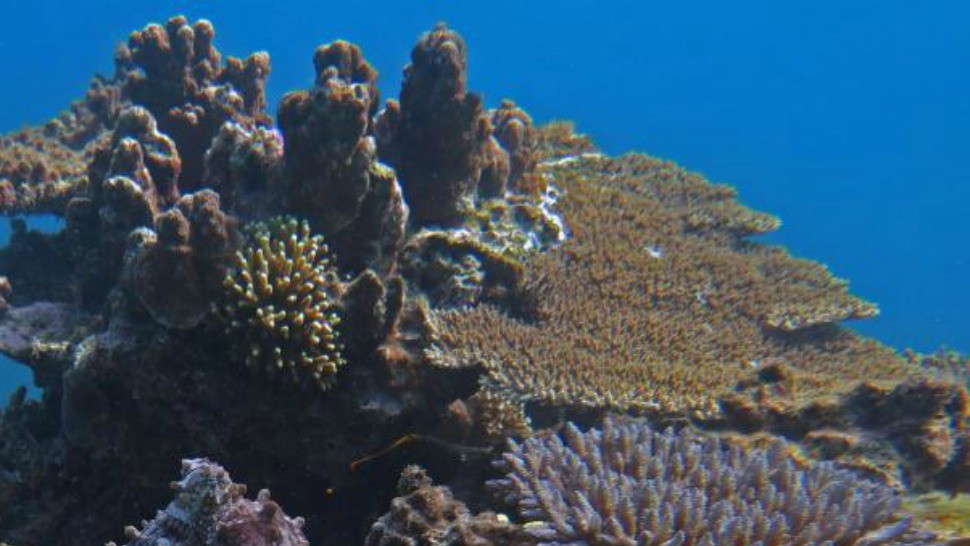 No octopus, you say? Exactly, that is effective invisibility right there. And a nuclear mutated alien from another dimension can just take this same concept even further, hiding against the very sky itself.

But maybe you catch just a glimpse of this monster if you move fast from parallax, which I think adds some fun tension opportunities in the story.

It's quite a common misconception that if something bends light around itself then it necessarily must be blind (often resulting in YouTube channels using it for something of a quick conversation starter). That's not the case. Typically I think this comes from the fact that it's assumed that if light is being absorbed by a creature's eyes, then it's necessary that less light has made its way to the other side of the creature. However, that doesn't actually hold, due to a type of medium known as a gain medium. These media are what are used in lasers, and effectively, given energy, they boost the intensity of the light.

Gain media do require energy, but one particular sort of gain medium is powered by current pumping. This technique basically converts electricity into an intensity boost for the light. And it's perfectly biologically plausible for you to have a creature which converts chemical energy from food into electrical energy: it's what electric eels do!

Your main challenge with this sort of design is the fact that in order to bend the light to create perfect invisibility, you'd need something with a refractive index tending towards infinity, which is particularly difficult to produce (although extremely high refractive indices have been achieved with supercooled sodium atoms - I believe - this is still a long way from infinity :P).

If you're fine with their parallel universe containing some sort of organic material which makes this possible, brilliant, but that would be some quite exotic matter, so it might be worth considering alternatives. What if they're simply transparent?

If we say that, essentially, living creatures are self-replicating energy processing machines, then there's nothing really forcing them to interact with visible wavelengths of light. Given that on a large scale refractive indices are essentially additive when multiple materials are mixed, that the air has a refractive index of roughly 1, that most materials have a refractive index greater than 1, but it is possible to create materials which have a refractive index lower than one, then it would be theoretically possible to mix some sort of inert (meta)material with a normal creature's structure in precise proportions to give is a refractive index matching the air. If the creature naturally absorbed light, then you'd need to mix in a gain medium too, but you could effectively make a creature with a body almost perfectly matching the optical properties of the air, and thus being completely transparent.

But even these discussions somewhat trivialise the issue, because I've assumed a single refractive index, whilst in reality refractive indices vary with wavelength and frequency, meaning you'd have to match these properties across a relatively broad range.

However, this all falls down when you begin to ask how such a creature might have evolved. Whilst evolving the complex micro/nanostructures required to alter one's refractive index is technically possible, there'd be a huge question as to why a species would evolve it. It sounds like a great idea, letting you sneak up on prey, but honestly there are far better ways to evolve to be practically invisible - quieter, smaller, sneakier, etc. - than there are to become completely invisible.

A final possibility which I feel might be suggested is that of active camouflage to match surroundings. Firstly, as Mission Impossible (Ghost Protocol's Kremlin infiltration scene) showed us, that only works on one observer at a time. And secondly, it's really difficult, to accurately work out what to show on your body from the perspective of someone else, based off of only the information available from your perspective. Sure, 3D game engines can manage it, but they require huge amounts of processing power, AND have complete information about the surroundings of the player. You'd also have difficulty tricking anything with two eyes once you got up close, because you couldn't trick both eyes simultaneously.

Honestly, I feel your best bet is Frostfyre's point: You've managed to get creatures to travel between parallel universes. Whatever technology you're using to explain away that problem will be more than capable of explaining these creatures: Just send any light hitting them to the parallel universe and back. Or, if the fact that they're from a parallel universe rather than simply another world within our universe has a huge impact on the story, then that parallel universe almost certainly will have different physics to ours and so there is a HUGE question as to what happens when a being from a universe with different physics from ours enters our universe. Do they suddenly obey our laws of physics, do they locally maintain their own? I feel you could fudge something with this far more easily than explain away a near impossible optical genetics!

Not the answer you're looking for? Browse other questions tagged reality-check creature-design xenobiology or ask your own question.

18
Science behind a naturally invisible creature
6
Help me Explain this Alien's Traits
6
Xenobiology of extraterrestrial parasitic superorganism
24
How do genetically modified rodents cause the apocalypse?
8
The Biology behind a slime that uses hydrofluoric acid to disable and digest prey.
0
Feasibility of a creature that leaves behind crystal like formations
1
Feasibility of a creature that can affect biology
4
what kind of biology/evolution to create Xing Tian/Blemmye type of humanoid/monster?