Could my “erect penguins” exist?

In the story I'm writing, a group of African penguins evolved to be fully upright (instead of having their knees bent like modern penguins). 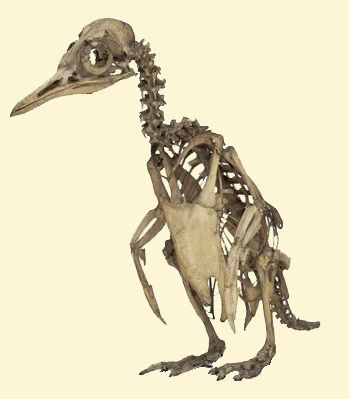 Now some basic characteristics of these "erect penguins" are:

Given these characteristics, could such a creature exist, and what evolutionary pressures would lead to them?

The reason penguins have their knees above their hips is purely for balance. The kneeling pose means the center of mass is always below the pivot point, giving much added balance, which is needed for slippery surfaces.

When further evolving this away from the polar regions, then a fair few characteristics would change to adapt and increase survivability in the new region. This is of course given that the species survives long enough in the new area to evolve this way, as a slow fat penguin makes for a tasty snack for the African predators.

The added balance is not needed, and speed is favoured to run away from predators. This means the legs will extend, and the knees will indeed be below the hip. This will come with added height, so a longer neck is needed to reach the ground for feeding. With this, a horizontal body rather than a vertical one is preferable as they would near constantly be bending over. This means the upright state of them is questionable.

As for balancing while running, I would rather expect a larger tail rather than the flippers, as the wings are mostly tucked away in most bird species for added aerodynamics. With this, fluffier feathers will be needed to create drag, as a fully aerodynamic bipedal body won't balance very well at high speed. This is less manoeuvrable in water, so I would expect them to swim less or not at all.

Basically what I have just described as an evolutionary prediction, is (as the comments pointed out) an ostrich. You could play with how they look a bit, but it would be best to take them as a base and merge them with the penguin characteristics you would like to retain.

Basically you have just described ostriches. By the time they have done all this evolving, they won't look anything like penguins anymore. They will in fact look like this. 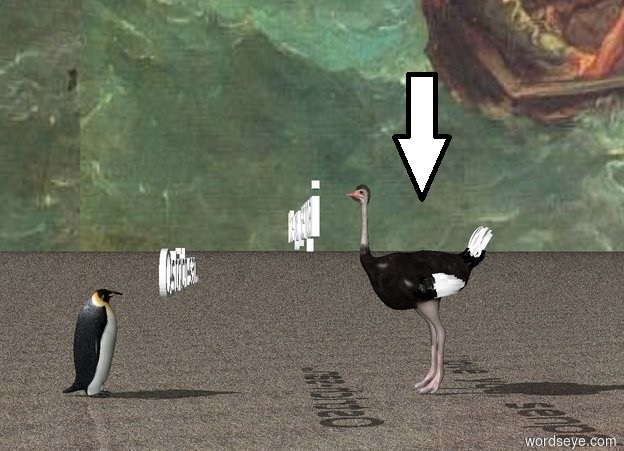 Not the answer you're looking for? Browse other questions tagged science-based biology creature-design evolution or ask your own question.